Back in 2017, Kristen Roupenian's short story, “Cat Person,” was published in The New Yorker and it immediately went viral online. With its telling of a dalliance between a 20-year-old college student and an older man she meets at the movie theater where she works, this story functioned as a unique portrait of modern dating. In an era where we look more deeply at power dynamics and consent in relationships, “Cat Person” gave readers a lot to talk about.

Now, the mega-popular short story has been adapted into a feature film, directed by Susanna Fogel, who co-wrote Booksmart (2019). CODA star Emilia Jones plays the lead role of Margot, while Succession's Nicholas Braun is Robert. And based on its premiere at the Sundance Film Festival, it seems that Cat Person already has audiences buzzing. 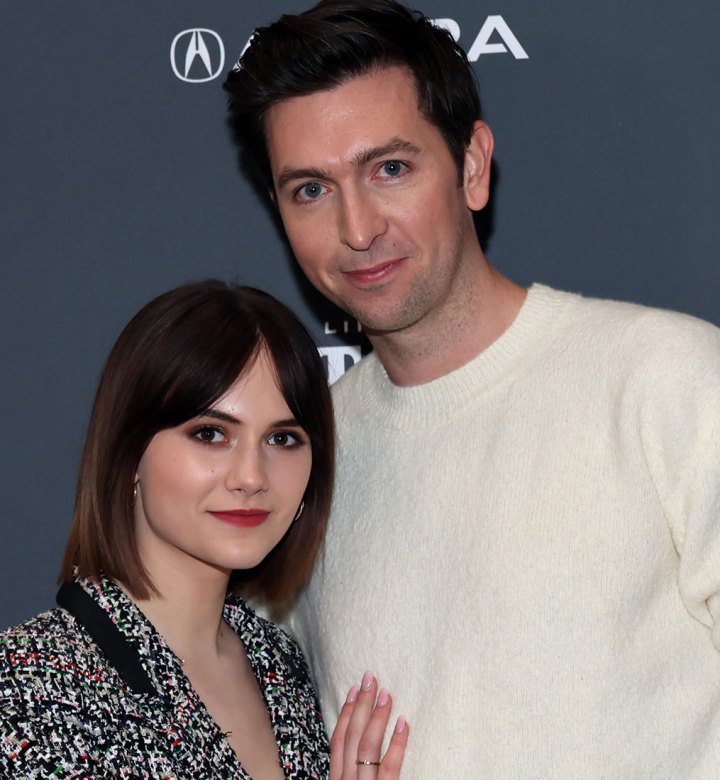 According to a reporter at Variety who attended the highly-anticipated film's premiere, the debut “left the audience at the Eccles Theatre cringing and cackling at this dark look at modern dating.” While presenting the movie to the audience, director Fogel said, “I hope it makes you all very uncomfortable.”

While it's unclear when Cat Person will be hitting theaters, it's likely going to be one of the most talked-about movies of the year. In addition to starring Jones and Braun, the cast also includes Geraldine Viswanathan (Blockers), Hope Davis (The Newsroom), Michael Gandolfini (Ocean's 8), Liza Koshy (Freakish), Fred Melamed (Shiva Baby), Isaac Cole Powell (American Horror Story: NYC) and Isabella Rossellini (Blue Velvet).

In celebration of the film's Sundance premiere, Jones posted a slideshow to Instagram of photos from the festival, and she wrote, “CAT PERSON @sundanceorg !!! Watching this film with an audience was so much fun [cat emoji].”

Meanwhile, Braun made his own IG post about the film back in December, writing, “Just found out that our movie ‘Cat Person’ will be premiering at Sundance….and I could not be more stoked. I love this film so much.”

We couldn't be more excited, but we're going to need a release date ASAP.

22 of the Best Movies About Cats, from ‘Keanu’ to ‘Aristocats’