Open Casting, Infla-Dating & 3 More Dating Trends That Are About to Be Everywhere in 2023

With each new year comes a slew of new trends: fashion trends, food trends, sleep trends and, yes, even dating trends. Whether you’re sick and tired of endless and unsuccessful app scrolling or you’re starting to think about getting back out there after the end of a relationship, here are five dating trends, from open casting to ethical sex-ploration, that will govern the way we find love in 2023. 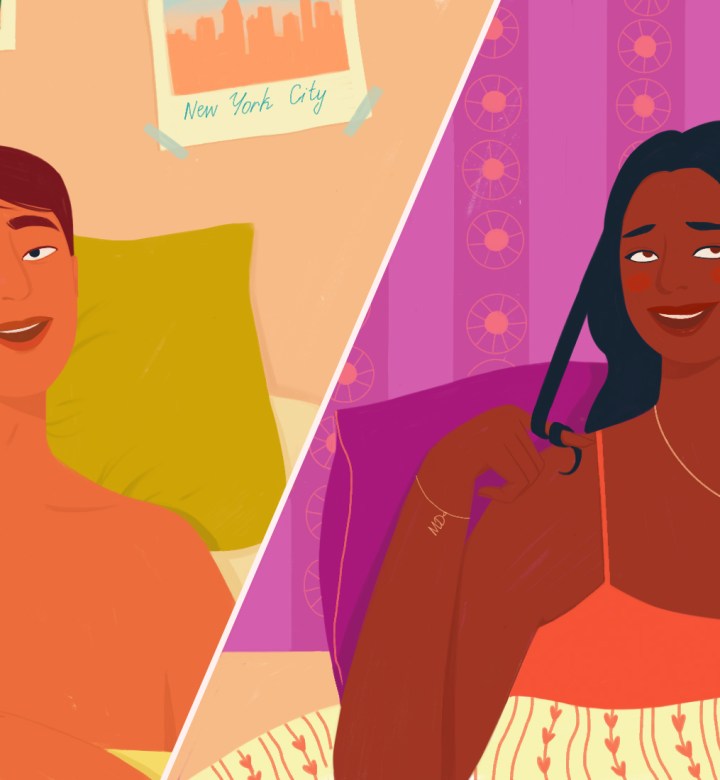 It doesn’t take a London School of Economics grad to piece together that prices—of pretty much everything—have been skyrocketing. (Have you bought eggs recently?!) As such, it’s not terribly surprising that, heading into the new year, daters are rethinking the need for luxe, high-end dates in a move the experts at the dating site Plenty of Fish are calling infla-dating. PoF found in a survey that nearly half (48 percent) of single millennials & Gen Z-ers have suggested going on less expensive, more budget-friendly dates. Perhaps it’s time to brush up on some free date-night ideas?

After being stuck at home during Covid lockdowns, folks are still very interested in traveling, and that extends to their love lives as well. According to a survey of more than 10,000 daters by the women-first dating and social networking app Bumble, one in three (33 percent) global Bumble members say that they are now more open to being in relationships with people who are not in their current city. So expand those dating app location parameters a little wider and take a chance on long-distance love.

Non-monogamists, listen up. Bumble research points to changing attitudes about how we feel about having one partner and one partner only. Now, this doesn’t mean that every other person you see on the street is toggling between multiple boyfriends; Bumble found that 16 percent of American respondents have recently considered a non-monogamous relationship, which is slightly higher than the global average of 14 percent. Even if you’re not interested in exploring non-monogamy, Bumble says it’s good news for the sex positivity movement, with 42 percent of global respondents saying that they’re approaching sex, intimacy and dating in an open and exploratory way.

More and more people (specifically millennials and Gen Z) are leaning into sober or sober curious lifestyles, and we should continue to see that spill over into dating as well. Studies like this one from The National Public Health Information Coalition (NPHIC), signal that members of these generations are most interested in reexamining their relationships with alcohol. According to the NPHIC, “Both [of these] generations have embraced sobriety over alcohol consumption. They have forced the alcohol industry to revamp how and what they market and sell. There’s been a significant shift in what bars serve, even establishing all dry venues.” Sober curiosity in dating has been picking up steam for a bit, with Bumble including it on its trend forecast for 2022. That survey found that 34 percent of global daters are now more likely to consider going on a ‘dry date’ than they were pre-pandemic, and 29 percent of Americans surveyed believe that societal norms around drinking and dating are shifting. Now that we think of it, a nice latte date followed by a chilly stroll through the park doesn’t sound too bad.

Per the folks at Bumble, it’s time to do away with those tall, dark and handsome requirements and instead think beyond our typical physical ‘type’ while dating in 2023. According to Bumble’s findings, 38 percent ofpeople around the world are now more open to who they consider dating, and 28 percent are placing less emphasis on dating people that others ‘expect’ them to. The moral of the story? Forget those fantasies of the exact type of person you thought you’d end up with, and date outside your comfort zone—it might be a gamechanger.