The American Music Awards took place last night and there was one group that clearly stole the spotlight: BTS.

The K-pop group cleaned up at the ceremony, where they took home all three awards that they were nominated for, including Favorite Pop Duo or Group, Favorite Pop Song (for “Butter”) and the coveted Artist of the Year award. The group also put on two show-stopping performances, including a collab with Coldplay frontman Chris Martin and a rendition of their number-one hit, “Butter.”

And while it was hard to take our eyes off their slick dance moves, BTS really caught our attention with their red carpet ensembles.

The group arrived to the show in neutral-toned suits from the Louis Vuitton spring 2022 menswear collection. Even without wearing any bold colors, there was nothing boring about these outfits, which featured sleek belted bows and contrasting pops of color from their dress shirts underneath.

Members Suga, RM and J-Hope opted for suits in a light gray color, while V and Jungkook sported the same ensembles in darker slate tones. Jin and Jimin rounded out the group in black. 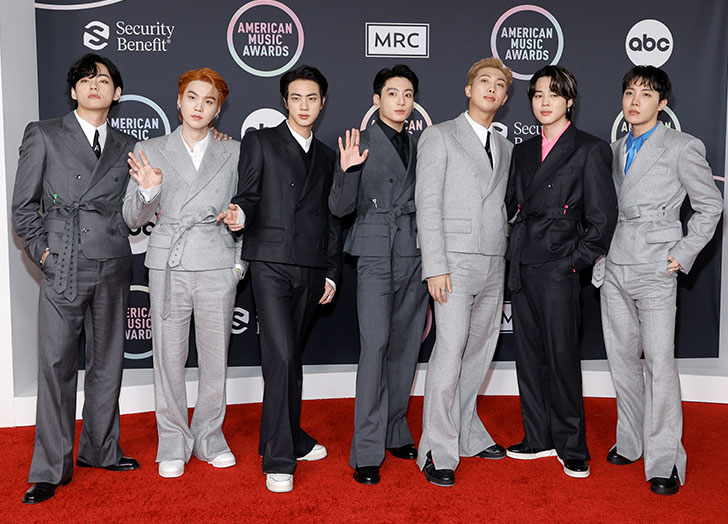 According to the Instagram account @bangtanstyle.7, all of the members wore Louis Vuitton trainer sneakers with their formalwear, except for V and Jungkook, who paired their suits with Louis Vuitton's Vendome Flex Chelsea boots.

While the group brought high fashion to the red carpet, they also had a few surprise outfit changes throughout the evening.

During their first performance, the group wore a set of graffiti-esque streetwear from Givenchy's Resort 2022 collection. 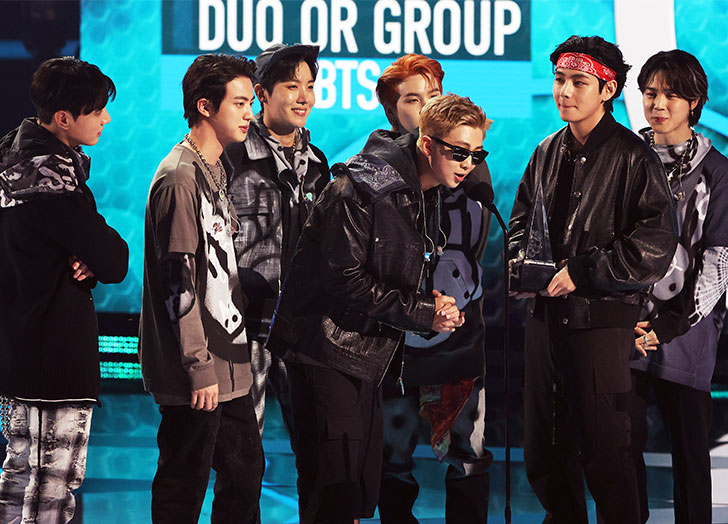 For their final performance of the night, the group coordinated once more in a set of muted yellow bespoke suits courtesy of the Tailorable brand. 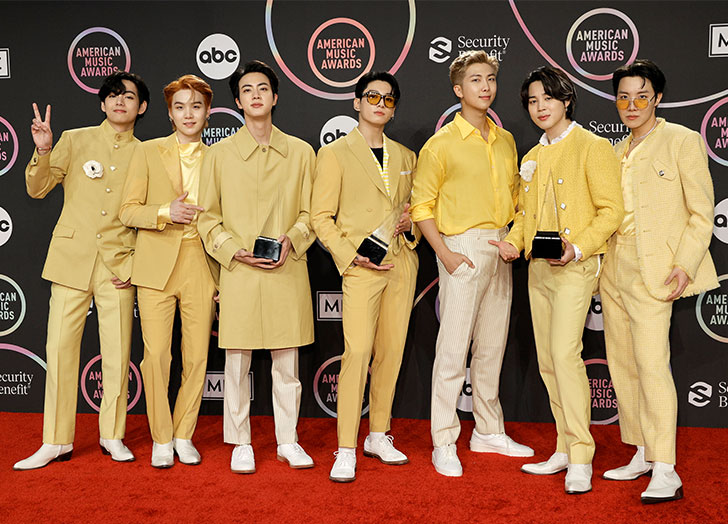 You could definitely say that they looked smooth (like butter).