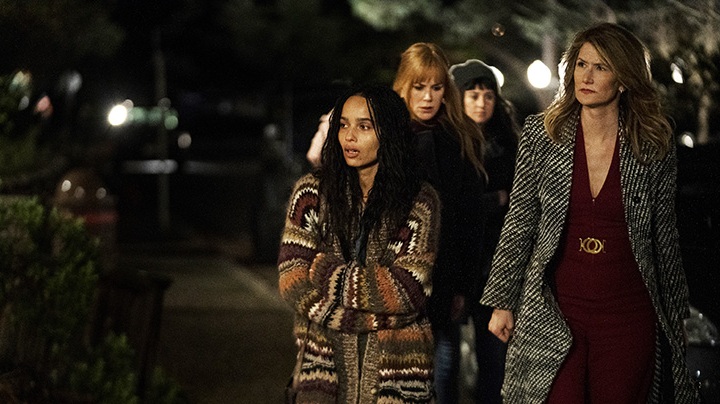 Last night’s season two finale of Big Little Lies left us with several questions: Why did the Monterey Five enter the police station? Will Madeline (Reese Witherspoon) and Ed (Adam Scott) live happily ever after? And will Jane (Shailene Woodley) give Corey (Douglas Smith) a chance?

Unfortunately, multiple clues are leading us to believe that season two will be the show’s last. Not only did the ending offer closure, but it also answers a question that has been plaguing us since the first episode: Why don’t they claim “self-defense?”

Here’s what you need to know: The finale, titled “I Want to Know,” concludes with Bonnie (Zoë Kravitz) meeting up with the rest of the Monterey Five—Madeline, Jane, Celeste (Nicole Kidman) and Renata (Laura Dern). Together, they march into the Monterey Bay Police Station as the screen fades to black.

As much as we’d love to say there’s more to the story, we aren’t holding our breath for a third season of Big Little Lies. It all started earlier this month when Casey Bloys—president of HBO—revealed that a junior run is “not realistic.”

“I love this group of people—I would do anything with them,” he said. “But the reality is, they are some of the busiest actresses working in Hollywood.”

To top it off, Dern recently commented on Witherspoon’s farewell post and hinted that “this ending” is final. “Thank you, Reese, for giving us such deep hope in pure love with this story and this ending,” she wrote.

So, what does the finale mean for the Monterey Five? We can only assume that they went to the police station to confess to Perry’s (Alexander Skarsgård) death. After some serious explaining, we’d expect Madeline, Celeste, Jane and Renata to get off on self-defense with a major scolding…but Bonnie is another story.

We’re not saying that Bonnie will spend the rest of her life in jail—however, we are saying that season three would likely explore a murder trial, including the return of Mary Louise (Meryl Streep). Although Bonnie was wrong for lying, we wouldn’t be surprised if she walked free, since there is no physical evidence proving that it was anything other than an accident.

If you need us, we’ll be crossing our fingers for a BLL﻿ renewal miracle.