And now, the Monterey Five must decide whether “the lie” is something that should remain a secret. Here’s what went down in the season two finale of BLL, titled “I Want to Know.” 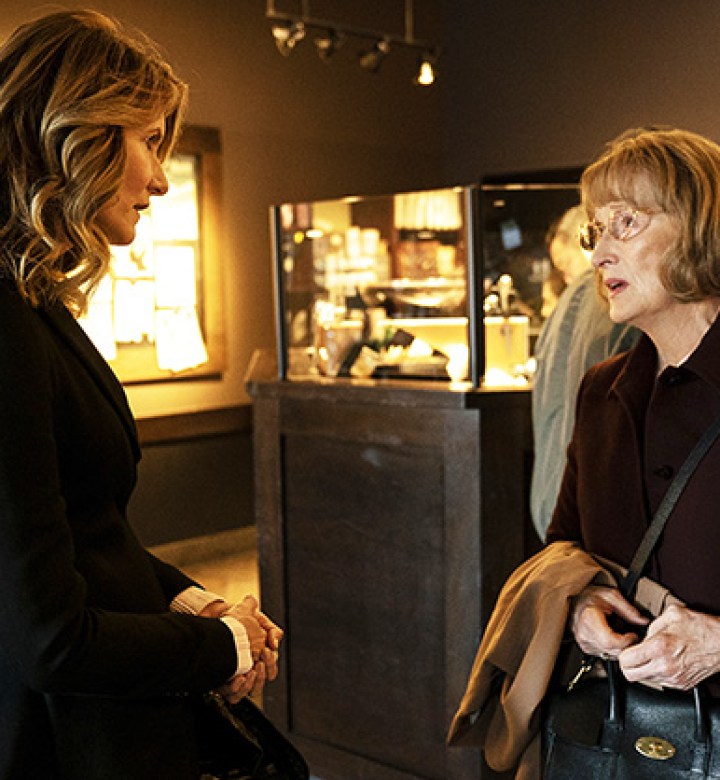 How Does It Begin?

The episode opens on flashbacks of Trivia Night (again). Cut to present-day Celeste taking a shower before watching a series of home videos featuring Perry and her two kids, Max (Nicholas Crovetti) and Josh (Cameron Crovetti).

After playing an old clip from the twins’ birthday, the feed switches to another recording, showing Max and Josh peering through a cracked doorway. (More on this later.)

Jane (Shailene Woodley) isn’t in a good place either. The problem is Ziggy (Iain Armitage) wants Jane to date her co-worker, Corey (Douglas Smith). However, after finding out that he spoke with Detective Adrienne Quinlan (Merrin Dungey), Jane is keeping Corey at a distance…and for good reason.

After Renata scolds her for putting Celeste through the custody battle, Mary Louise takes a stab at Renata when she references Gordon’s newly discovered affair with the nanny, Juliette (Nelly Buchet). Renata responds by exploding on Mary Louise, calling her a “judge-y judger.” 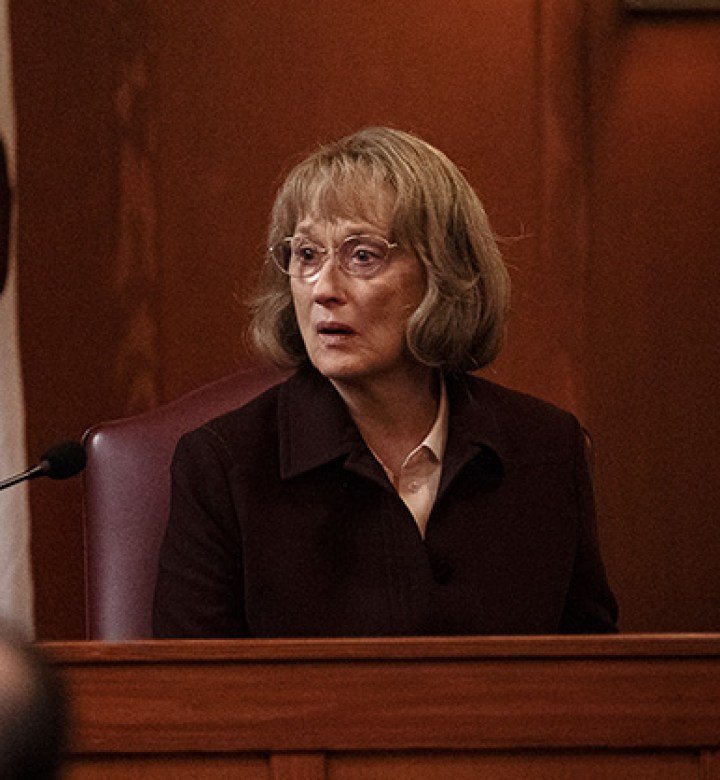 What Happens To Celeste?

Before the hearing, Celeste’s attorney, Katie Richmond (Poorna Jagannathan), is advising her to back off. You see, Celeste wants to call Mary Louise to the stand. The issue? Celeste is adamant about questioning Mary Louise herself, claiming that she has a better chance of “getting to her” than Katie.

In another room, Mary Louise’s lawyer, Ira Farber (Denis O’Hare), warns her about what’s to come. “He was her prince…and she killed him,” Mary Louise says.

Just then, Celeste has a flashback that explains everything. It features young Mary Louise screaming at a 5-year-old Perry after a car crash, saying, “Look what you made me do.” Cut to Perry’s brother, Raymond, who didn’t survive the crash.

Back in present day, Celeste approaches the stand and begins on a semi-neutral topic, demanding to know why Mary Louise thinks she’s a bad mother. After discussing the Ambien car crash and one-night stands, Mary Louise reveals that she doesn’t want the twins to suffer from Celeste’s actions.

This prompts Celeste to bring up her altercation with Max in episode two, when she pushed him to the ground in front of Mary Louise. Celeste admits that she did, in fact, lose her temper on that one occasion.

“Did you ever lose your temper with your boys?” Celeste says.

Celeste goes on to ask if Mary Louise’s temper ever resulted in a car crash that killed one of her children.

“Why are you doing this?” Mary Louise whispers.

Celeste explains that she’s only trying to protect her boys, saying, “Indecent or not, this case is about mothering, which puts your parenting strategies in issue.”

Not only did Mary Louise refuse to put Perry in therapy, but she also blamed him for the crash, ultimately resulting in anger management issues.

When Celeste brings up Jane, Mary Louise defends her son, saying, “He’s the victim here—not you.” Right on cue, Celeste debuts the home video from earlier in the episode, which features Perry beating Celeste.

“My sons took that video,” Celeste says. “Your concerns that I am making up stories about their father are unfounded.” 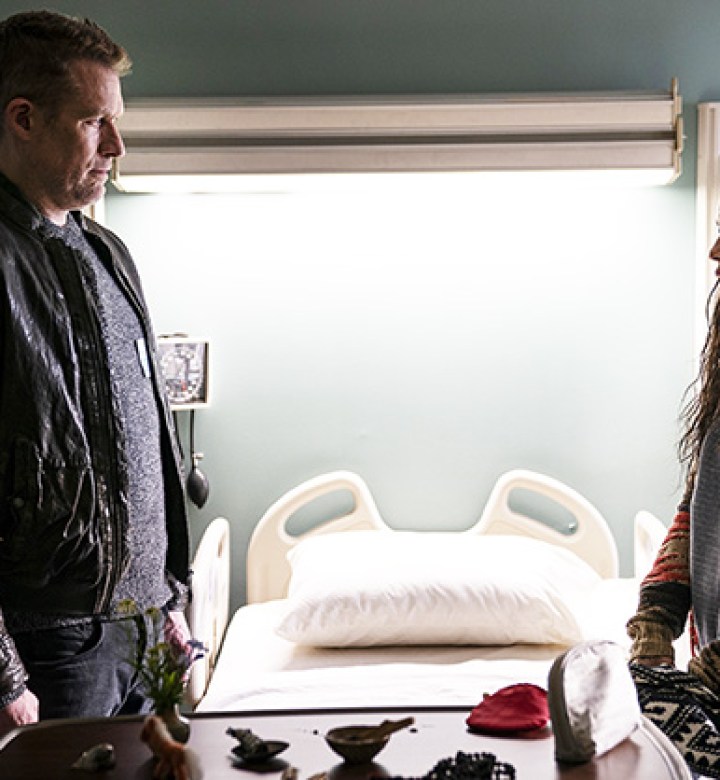 In a dream, Bonnie (Zoë Kravitz) envisions herself using a pillow to suffocate her mom, Elizabeth (Crystal Fox), who suffered a stroke back in episode four.

In real life, Bonnie walks into the hospital room only to find her dad, Martin (Martin Donovan), sleeping at Elizabeth’s bedside. After Bonnie convinces him to go home (um, what?), she shuts the door and grabs a pillow.

Bonnie sits next to her mom and says, “So, you wanna go, huh?” As her grip on the pillow tightens, Bonnie reveals that she forgot to tell her something.

In the hallway, Martin checks his coat pocket and realizes that he forgot something in the hospital room. So, he turns around and walks in only to find Bonnie lying next to her mom, with her head on the pillow. Phew!

The next day, there’s progress in Elizabeth’s recovery. Unfortunately, the excitement is short-lived. After suffering another stroke, Bonnie learns that her mom passed away.

While Bonnie is cleaning out the hospital room, she turns to her husband, Nathan (James Tupper), and drops a bombshell. She says that while he’s a “good man” and a “wonderful father,” she’s not in love with him. In fact, she doesn’t think she ever loved him. 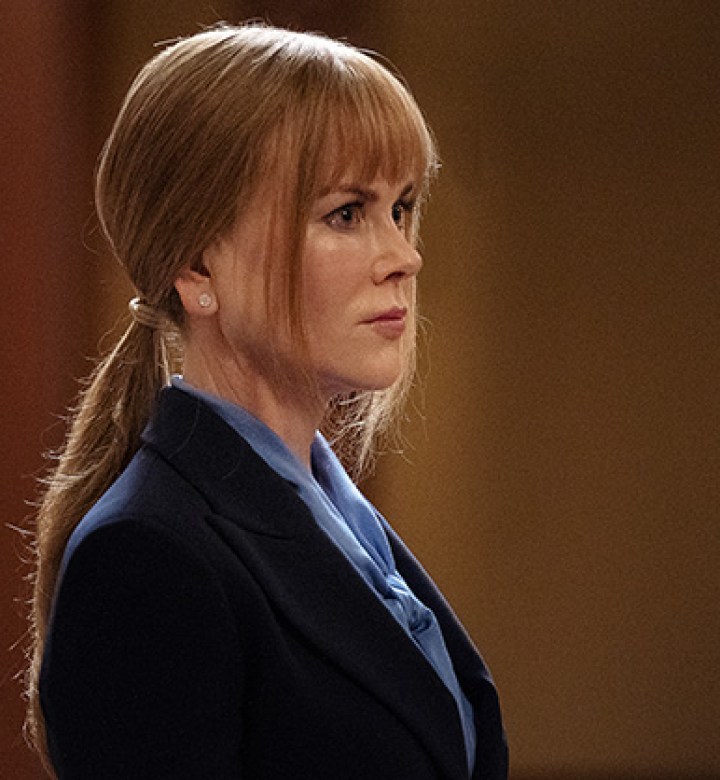 In the car, Madeline is in tears because she had no idea what Perry had done to Celeste. Although Madeline is confident that she’ll win, Celeste isn’t so sure. While the video hurt Perry’s image, it didn’t do anything to help her case.

Madeline reminds her that she’s not perfect—no one is.

At home, Max and Josh are delighted to hear the trial went well. “Did you beat her up?” Max asks, referring to Mary Louise.

Although Celeste firmly tells him “no,” her lecture is interrupted by Mary Louise at the front door. Mary Louise demands to know why Celeste lied during the trial, claiming she never did anything bad to Perry.

“You lost your boys. You don’t get to take mine,” Celeste says before slamming the door in her face.

Later that night, Celeste meets up with Madeline, who is struggling with “the lie.” Madeline feels responsible for their “unraveling” lives because it was her idea. Nevertheless, Celeste assures her that there would be no friendship without “the lie.”

“The Monterey Five—whatever we call ourselves—the lie is the friendship,” Celeste says.

The next day, Madeline approaches Ed and demands to know where his head is at. When he brings up Madeline’s dress-up incident in last week’s episode, Ed admits that their wedding day was “joyous” but “delusional.” Since they were different people when they first exchanged vows, he suggests a redo.

“We need to renew our vows,” he says. “This time, committing to live up to them. Do you think you can do that?”

Madeline happily agrees. When she suggests throwing a big party, Ed firmly tells her that it will be family only.

Meanwhile, Celeste is driving to court with the twins, who are nervous as hell. When they arrive, the judge admits that she’s reached a decision. Just then, Mary Louise interrupts and demands to address the court.

She apologizes to Celeste before revealing that she “simply had no idea” about Perry’s behavior. When Mary Louise suggests that Celeste is at fault for letting it happen, Celeste fires back, saying that Perry was a result of her caregiving.

“It’s one thing to turn my kids over, but it’s another to give them to her,” Celeste says.

After Celeste promises to raise them to be “good men,” the judge grants full custody to Celeste. 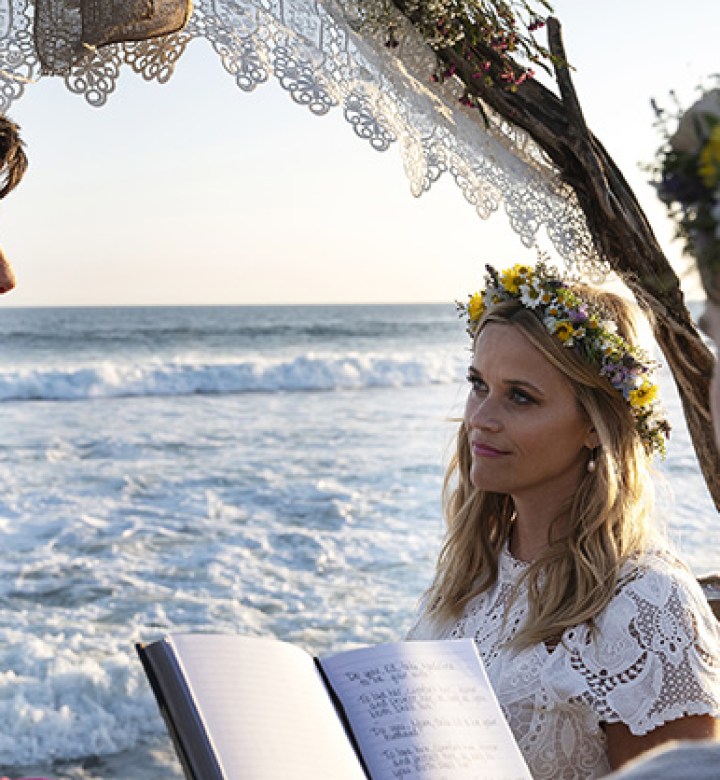 How Does It End?

The episode concludes with a montage of scenes. Here are the key takeaways:

The ending shows Bonnie driving to an unknown location, while “Have You Ever Seen the Rain” plays in the background. When she arrives, she’s joined by the rest of the Monterey Five, who walk side by side as they enter the—drumroll, please—Monterey Bay Police Station.

So, will they finally confess? And will it count as self-defense? If you need us, we’ll be praying for a Big Little Lies season three.