Wondering What Not to Plant with Peppers? Here’s What to Avoid—and What’s Worth Trying

If you’ve caught the gardening bug in the last few years, you can attest to all the research showing that spending time around flowers and plants can boost your mental and physical wellbeing. And at this point, you’re probably looking for ways to improve your harvest, particularly when it comes to growing peppers. Some gardeners rave about the merits of companion planting—essentially, pairing certain plants to detract bugs (or, on the flip side, attract pollinators) in the hopes of yielding better crops.

Here’s the thing: Companion planting is based mostly on folklore and anecdotal evidence. While there’s almost no science proving certain plants like/ dislike being near each other, some of it seems credible in theory. For example, in one study, the ornamental annual sweet alyssum was planted near lettuce; increasing the number of ornamentals helped keep aphids away, because the flowers attracted a bunch of the aphids’ natural enemies. But does this always work with all crops? Research is mixed and inconclusive.

What we do know is that it’s actually more important to maintain diversity in your garden—rather than trying to figure out what to plant next to what—for the health and productivity of all your plants. Mixing it up makes it more likely you won’t lose an entire garden to one type of bug or disease. 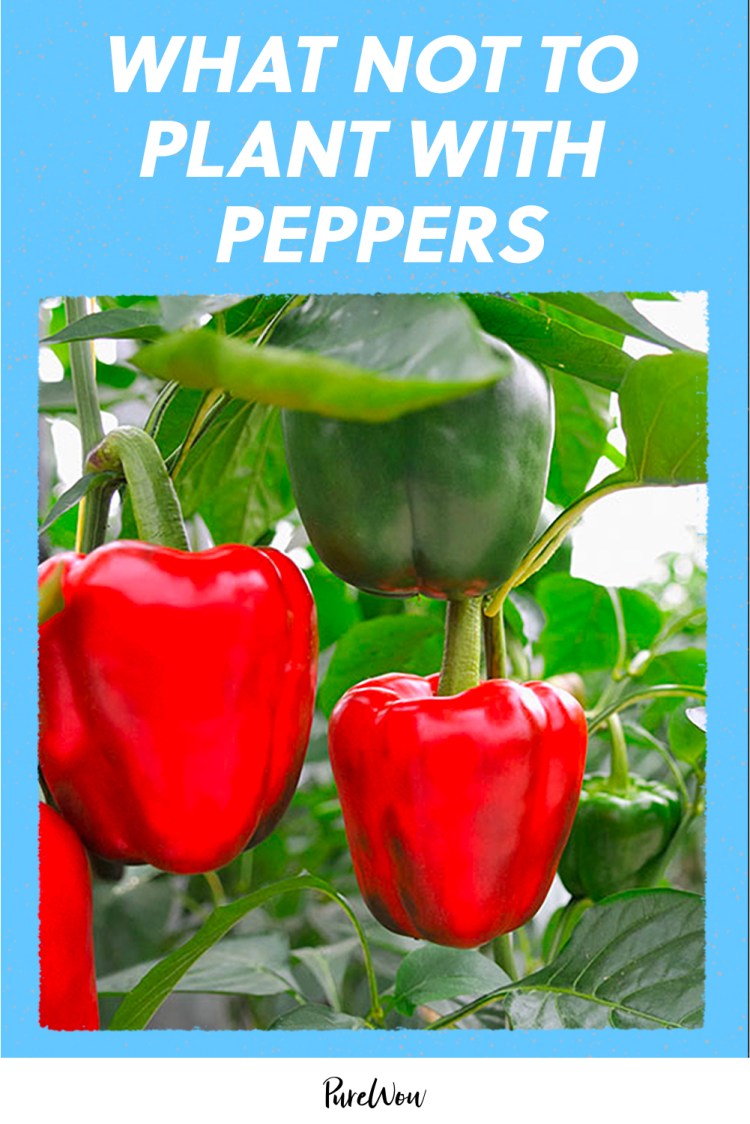 The Bottom Line On Companion Planting

While there’s no solid evidence that companion planting is beneficial, it’s certainly not going to hurt your plants. At the very least, interplanting many different varieties of edibles and flowers adds beauty, increases diversity to protect plant health, and brings pollinators to your garden, and that’s never a bad thing.

What to Plant with Tomatoes The 25 Best Companions to Try

What Not to Plant with Peppers

What are the worst plant companions for peppers? There’s really no evidence that certain plants will somehow affect pepper growth, but you may want to avoid planting peppers near cabbage and other brassicas such as broccoli and cauliflower (because peppers prefer slightly different soil acidity levels) and fennel (which some gardeners say inhibits pepper development).

You may hear that you should avoid planting eggplants and tomatoes near peppers. But they actually thrive together, as long as you rotate where you grow them every few years. That’s because plants from the same family or related families (such as peppers, eggplants and tomatoes) are susceptible to similar pests and diseases and often require the same nutrients. When they’re grown in the same place year after year, it becomes a feeding ground for those bugs. (Plus, many diseases, such as verticillium wilt, can survive in the soil for years.) Give your plants a fighting chance and rotate where you grow plants from the same family every three to four years.

What to Plant with Peppers

On that note, you may be wondering what plants can be great to grow alongside peppers. Here are our top nine picks, along with instructions to care for them. 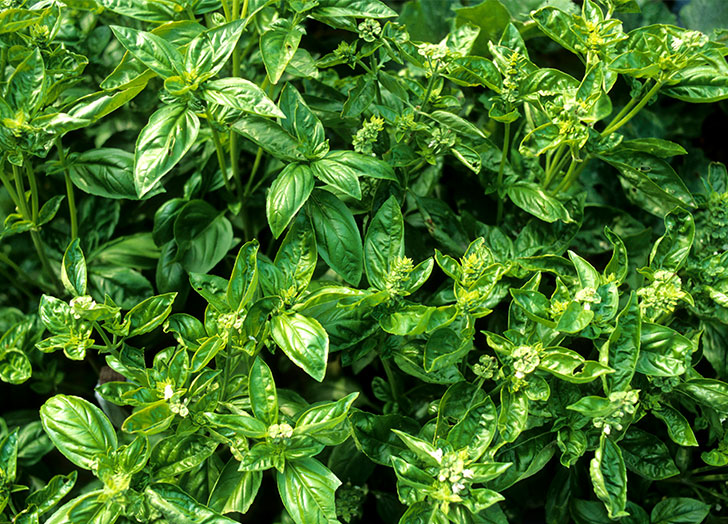 This popular herb likes the same conditions that peppers do—lots of heat, full sun and soil temperatures in the 70s or warmer. Pinch back the tips when plants start to flower to encourage branching, which creates more leaves (that you can later enjoy fresh or dried). 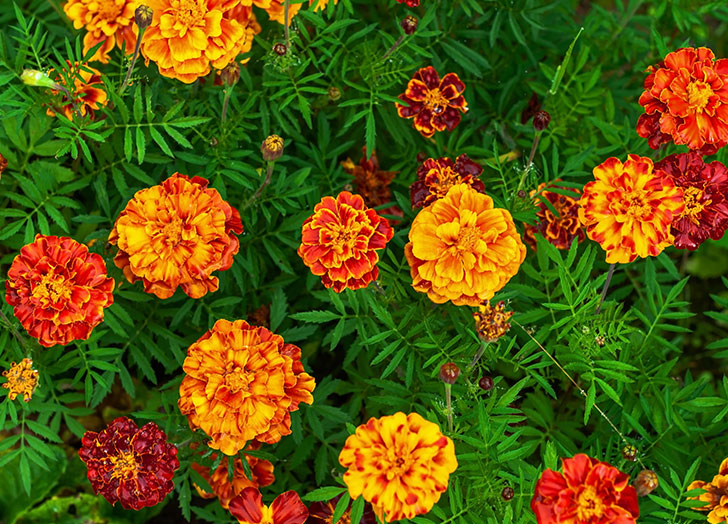 One study showed that the roots of African and French marigolds repelled root nematodes, but that’s only after the plants are tilled into the soil. Still, planting these hardy annuals will provide color and diversity and attract pollinators. Plus, they’re ridiculously easy to grow for color all season long until a hard frost. 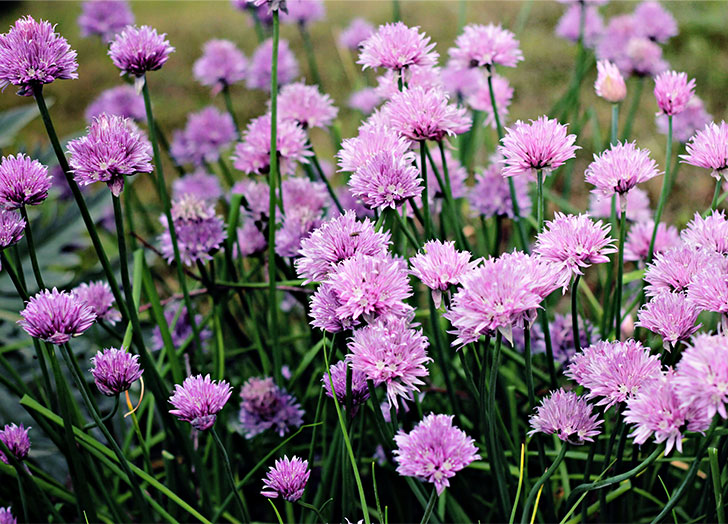 Chives are easy to grow and make delicious garnishes, as well as have gorgeous flowers that pollinators adore. They’re perennial, so plant them somewhere where you can enjoy them for years. Some gardeners claim they repel pests such as aphids. 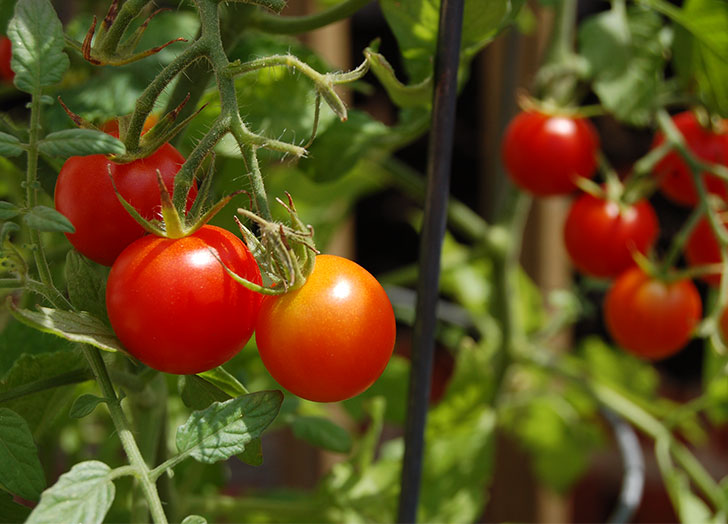 Tomatoes love the same conditions as peppers, so give them at least 6 hours of full sun. If you’re a newbie gardener, consider cherry types, which are reliable, prolific and can be grown in containers if you don’t have a lot of space. 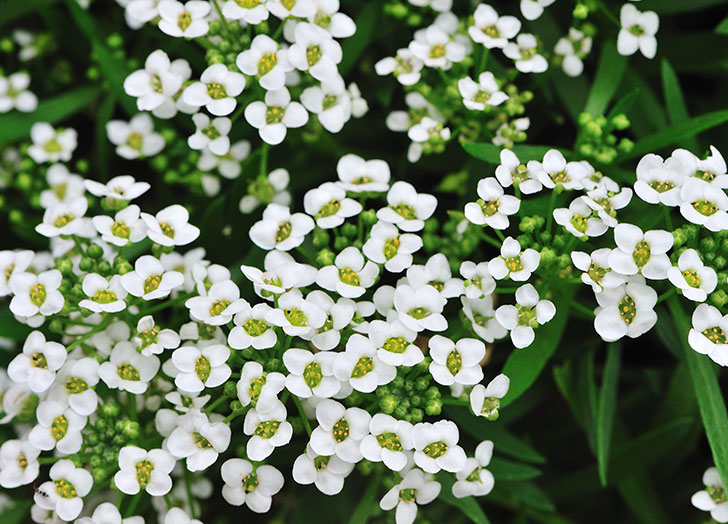 Sweet alyssum attracts beneficial pollinators and parasitoids, insects which attack vegetable pests and provide natural pest control. While research was done on sweet alyssum interplanted with lettuce, it won’t hurt to plant this pretty annual alongside peppers, too. It’s also cold-hardy and will beautify your garden until the first freeze of the season. 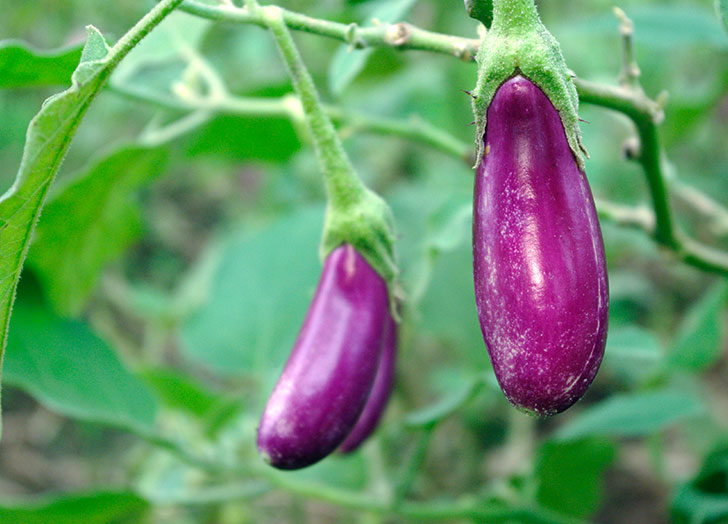 Eggplants are from the same family as peppers and love the same things: heat and more heat. They also begin to ripen around the same time, so you can whip up delicious Mediterranean-inspired dishes when the harvest comes in. Look for varieties that stay compact if you need to grow them in pots. 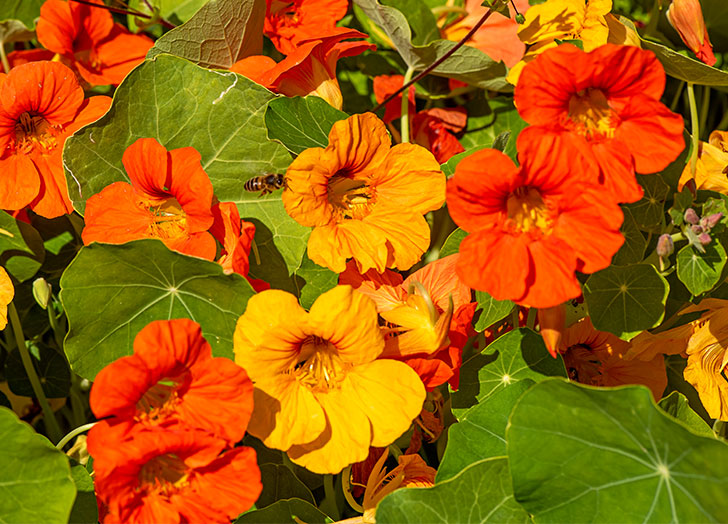 These lovely annuals are a favorite of aphids, so the hope is that the aphids will munch on these, rather than your peppers. It’s not proven, of course, but they are beautiful flowers worth planting in your garden. Plus, the leaves and flowers are edible, too, and have a nice, peppery flavor that adds zip to salads or a glass of iced tea. 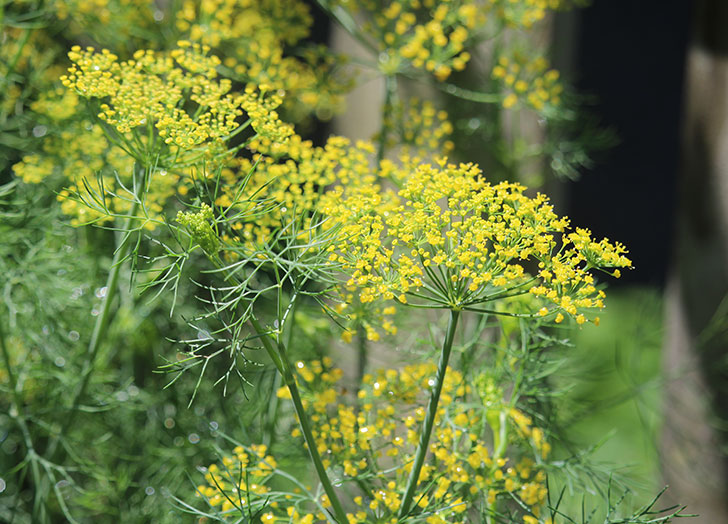 Dill is a beautiful herb, with tiny flowers that attract many beneficial pollinators such as ladybugs and parasitic wasps. Plant this annual to attract the good guys and use fresh or dried in cooking. Plus, you’ll enjoy its delicate flowers that look right at home in a cottage garden. 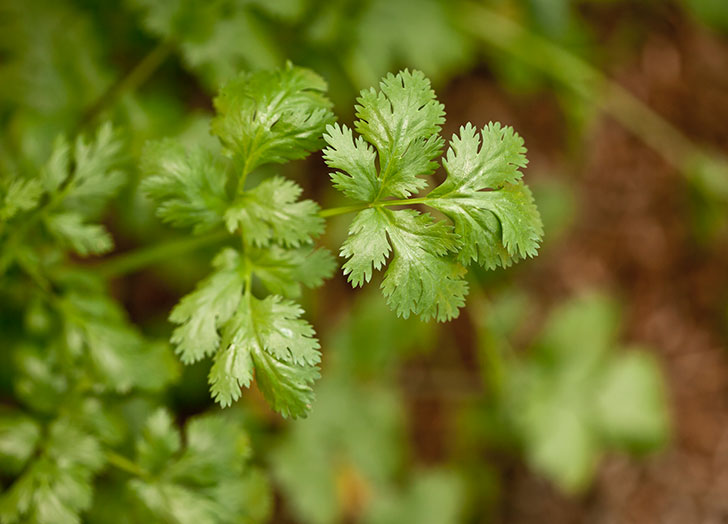 Cilantro has a strong scent that some gardeners say repels pests. Let some of it flower to attract pollinators. When the flowers go to seed, harvest them as coriander for cooking, and save some to replant next year.

The 17 Best Summer Vegetables to Grow This Year