Are Peppers Fruit? The Answer Is Complicated 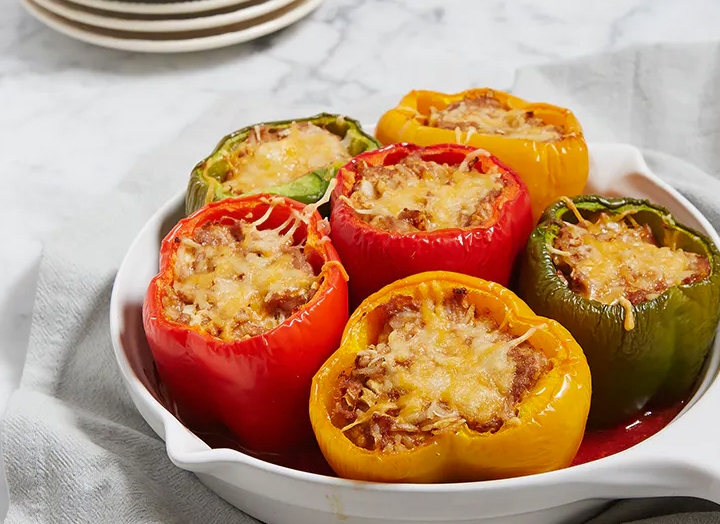 Presenting our trivia question of the day: Are peppers fruit, or are they a type of vegetable? If you said, “Both!”, congratulations—you win this round. If you’re just plain confused, allow us to explain. (Spoiler: Peppers are kind of whatever you want them to be.)

You’ve probably heard that tomatoes and avocados—although far more at home in a savory dish than, say, a cobbler—are technically fruits. In fact, any botanist will tell you that what distinguishes a fruit from a vegetable is that the former is, by definition, a seed-bearing piece of produce. Tomatoes have a bunch of tiny seeds, avocados have one big one (i.e., the pit) and as such, both are technically fruits. With this in mind, it’s clear that peppers, both sweet and hot, fit the fruit profile, too. If you don’t believe us, you can just consult the encyclopedia Britannica’s definition of peppers to confirm this fun fact: Peppers (shishito, jalapeño, sweet bell, what have you) are a type of fruit, given to us by a flowering plant.

So, what does a botanist have to say when it comes to the definition of a vegetable? Well, not a lot, actually. It turns out the word ‘vegetable’ is really just a catch-all term for a plant—or part of a plant—that isn’t, er, a fruit. That said, most of us non-botanists are more interested in functional definitions, as opposed to precise and technical ones. If you fall into that category, you’ll be relieved to know that it’s still perfectly acceptable to describe a pepper as a veggie, too.

But why is it OK to play fast and loose with classifications? Well, peppers, like other foods, also have a culinary definition—and it’s not based on anatomy, but rather how the fruit is used in the kitchen. You know, the practical application. Indeed, any plant matter—be it root, stem, leaf, or fruit—that makes its way onto our plates tends to be called a vegetable if said produce takes kindly to cooking (or perhaps tastes better that way) or has a flavor profile that works well with other savory foods. As a matter of fact, and to the chagrin of many a botanist, this informal classification system is even recognized by the European Food Information Council—probably because of its popularity among chefs and in day-to-day life in general. For example, olives, eggplant, zucchini, corn, and peas—in addition to tomatoes and avocados—are all technically fruits that we like to think of as veggies. In other words, peppers are in good company.

So, what’s the takeaway? Flaunt your newfound knowledge (i.e., pepper = fruit) if you’d like, or double-down and continue referring to peppers as veggies because it just feels right—either way, you’re fine. That said, you should probably keep the proper definition in your back pocket in case it ever comes up on Jeopardy.

25 Gluten-Free Halloween Treats That Are So Good, It’s Scary