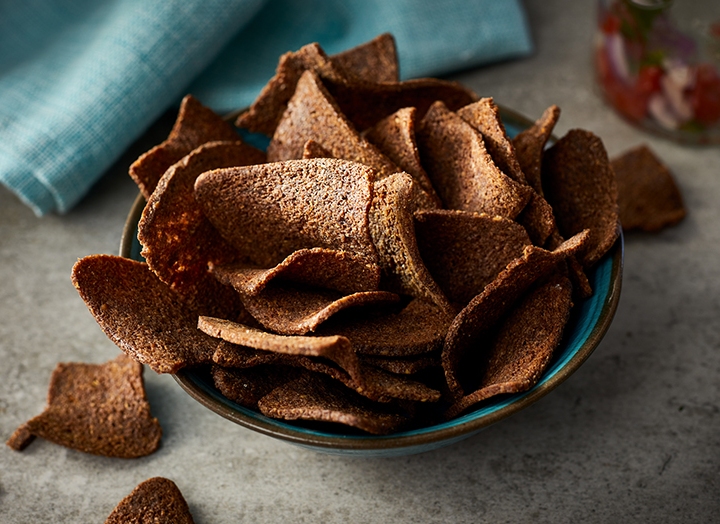 Eating all the meat and cheese you want on keto is the easy part. Finding crunchy, satisfying snacks to replace your usual carb-filled ones? Now that’s the hard part. Luckily, Uprising Food—inventor of the grain-free superfood keto bread with a cult following—also has a seriously satisfying line of keto chips.

The bread (aka Superfood Cubes) launched in 2019 and was in high demand out the gate, thanks to its low net carbs and tasty sourdough-like flavor. The Superfood Freedom Chips followed suit and sold out in less than a day after launching. Now with hundreds of five-star reviews and 10,000 customers under their belt, the chips are *finally* back in stock. They’re made by artisanal bakers with a clean list of ingredients, like flaxseed, almonds, egg whites, MCT oil and olive oil. So not only will they curb your carb cravings and satisfy you at snack time, but they can also potentially boost your gut health, tackle blood sugar issues and lower cholesterol. Did we mention they only contain 2 net carbs per serving?

Both flavors—Sea Salt and Savory Rye—are grain-, dairy- and soy-free, as well as impressively filling: Each serving boasts 6 grams of protein and 9 grams of fiber. They’re also both delightfully crispy and snackable, so it's no wonder they're so popular. The sea salt chips taste nutty and nutritious, almost like better-for-you bagel chips. The rye chips are savory and flavorful, thanks to the additions of garlic spice, onion powder, caraway seed and horseradish powder. We definitely have plans to dip the sea salt chips in guacamole (or turn them into nachos…) and slather the rye chips in cream cheese.

Give the bread and chips a try with the Starter Bundle Sampler, which comes with two cubes and four packs of chips. If you like the chips, level up to the jumbo six-month supply.

RELATED The Incredibly Convincing Keto Bread You Need to Try