Boozy ice pops are where adulthood and nostalgia collide. You’ve become a pro at whipping them up yourself ahead of every barbecue and picnic you host, but you’d have even *more* time to chill (or prep food) if the cocktails were otherwise taken care of. SLIQ Spirited Ice’s hard freezer pops might be just the shortcut you’re looking for. 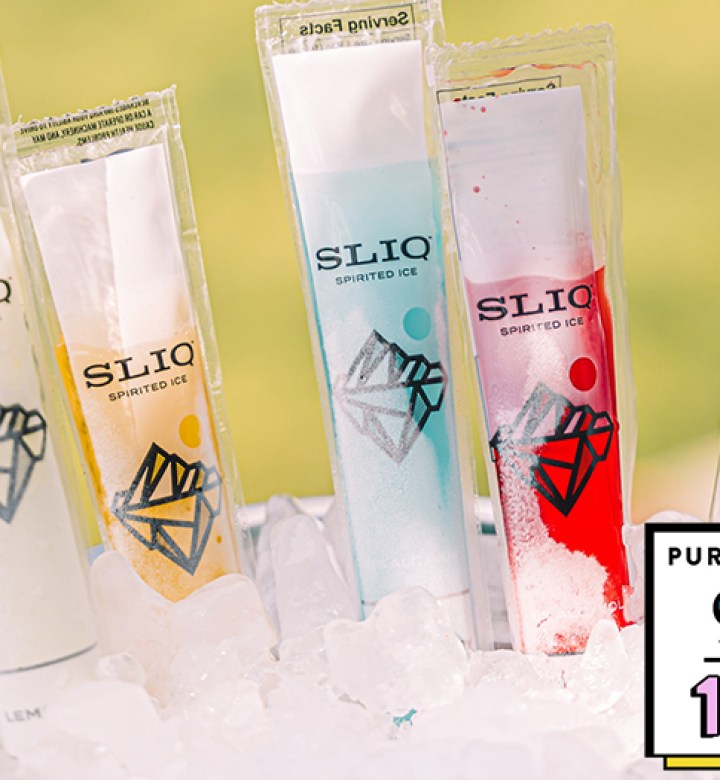 SLIQ Spirited Ice creates ready-to-enjoy boozy frozen ice pops. All it takes is about eight hours in the freezer and the pops are ready to snip, squeeze and enjoy. There are currently three different liquor packs—vodka, rum and agave spirit—to choose from, and each one contains three different flavors inspired by popular cocktails.

Our favorite thing about them is that they’re super easy to transport, unlike a cocktail shaker or pitcher. A cooler full of pops weighs way less than, say, a cooler full of beer, and they also take up less space, so you can pack more than usual. Even better, though they’re designed to be enjoyed frozen, you can totally use the liquid inside each pop as a mixer or floater in a homemade cocktail if you’d like. (Don’t worry if you need to re-freeze them after they’ve defrosted; this won’t affect the taste or safety of the pops.)

You don’t need to sweat the plastic wrapper either, since SLIQ has a partnership with TerraCycle, an international waste management company that recycles otherwise unrecyclable materials. Every pound of plastic you mail in scores you a $1 TerraCycle credit, which you can donate to a charity or nonprofit of your choice.

Unlike many popular cocktails, SLIQ’s freezer pops are also pretty modest in the nutrition department. Each one only contains 90 to 100 calories, since they’re sweetened with sucralose. The pops’ feel-good numbers are also in part due to their lower alcohol content (each pop is equivalent to about half a cocktail), but because the pops have less liquid than a standard drink, each one still has an 8 percent ABV. They’re also gluten- and allergen-free, vegan and kosher.

While SLIQ isn’t currently available for purchase online, there’s a handy store locator that will help you find a pack near you. (You can also check Drizly if you’re avoiding a trip to the liquor store.) Prices typically average out to about $2 per freezer pop (which is basically the same as paying for half a $4 cocktail), so it’s certainly cheaper than a night at the bar. We think it’s especially worth the buy if you’re hosting a crowd (handing out ice pops > playing bartender all day) or if you like knowing the exact nutrition facts of every cocktail you consume.

Before you shop, read on for our favorite flavor in each pack. 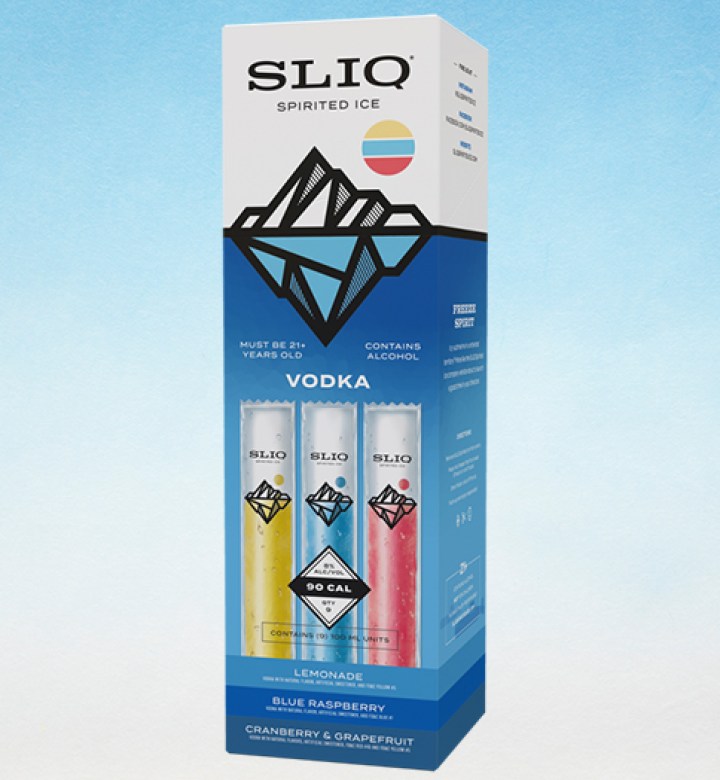 Yup, your go-to flavor of…well, pretty much any candy or snack from childhood still hits just as hard. The flavoring is sweet without being overwhelming and boasts a mild tartness that’s signature to raspberry. The vodka is almost unnoticeable, as opposed to some other flavors that are more in-your-face boozy. We recommend the vodka pack for those who prefer to taste as little alcohol as possible in their mixed drinks. Other vodka-spiked varieties include Lemonade and Cranberry & Grapefruit. 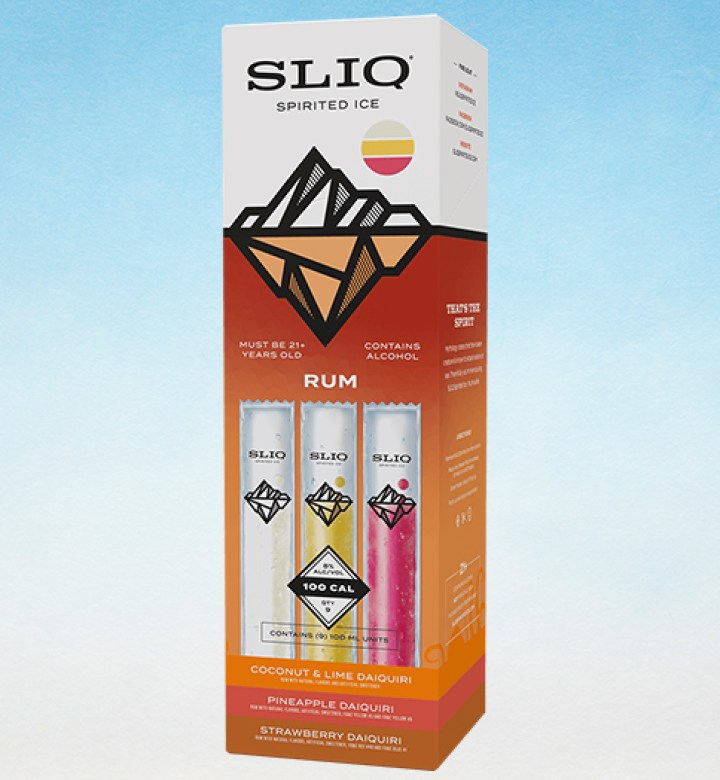 Blended cocktail fans, the rum pack is for you. The flavors remind us of frosty daiquiris and piña coladas—just what we crave on a hot day at the pool or beach. The strawberry iteration is sweet, fruity and ever so slightly medicinal. If you like your daiquiris classic (as in on the citrusy side), give the Coconut & Lime and Pineapple flavors a go. 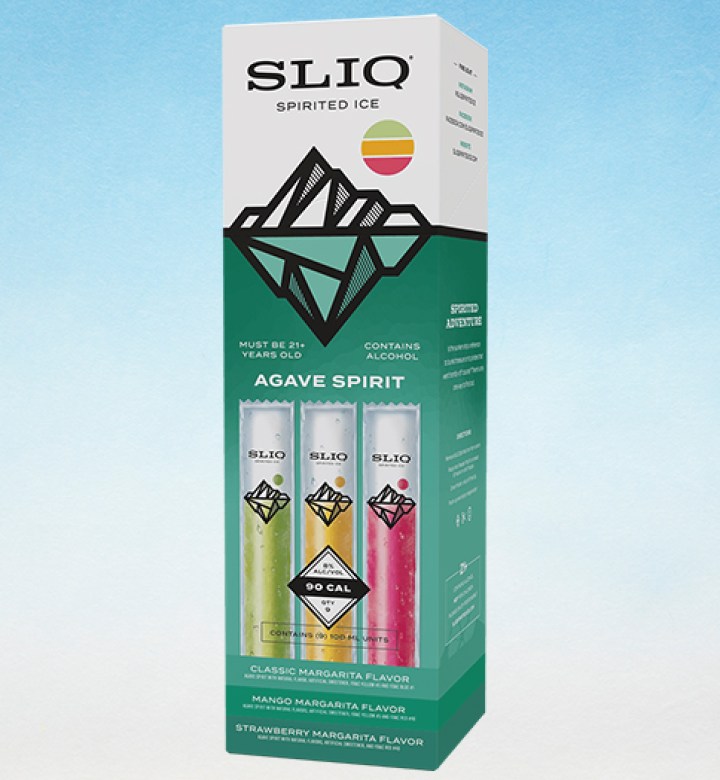 The agave spirit, meant to be a substitute for tequila (it takes handful of very specific requirements to label a spirit as “tequila,” BTW), screams summer to us. The mango is our favorite for a few reasons: 1) It smells amazing, 2) it tastes tropical, sweet and fruity and 3) it makes us feel like we’re sprawled out on a faraway beach. Other flavors include limey Classic Margarita and sweet Strawberry Margarita.

30 Summer Cocktails That Anyone Can Mix Up at Home

Anyone who says ice pops are for kids has never tried these hard freezer pops. 😎 For age 21 and up! #summertreats #summercocktails #boozyicepops

food
by Taryn Pire
The 7 Best Store-Bought Pizza Doughs, Taste-Tested & Reviewed
food
by Candace Davison
The 13 Best Store-Bought Dips to Stock up on Ahead of the Super Bowl, Tested & Reviewed
food
by Greta Heggeness
The One Grocery Store Snack Martha Stewart Can't Pass Up
food
by Fiona Chandra
The 15 Best Restaurants in Beverly Hills
food
by Quinn Fish
The 30 Most Romantic Restaurants in NYC for Your Next Date Night
food
by Taryn Pire
Here’s What to Cook Every Night This Week (February 6 – 12)