It appears Billy Porter is ready for takeoff at the 2021 Emmy Awards.

The Pose star, 51, attended the 73rd annual ceremony in downtown Los Angeles and wore eye-catching wings on the red carpet. (No, we’re not kidding.) 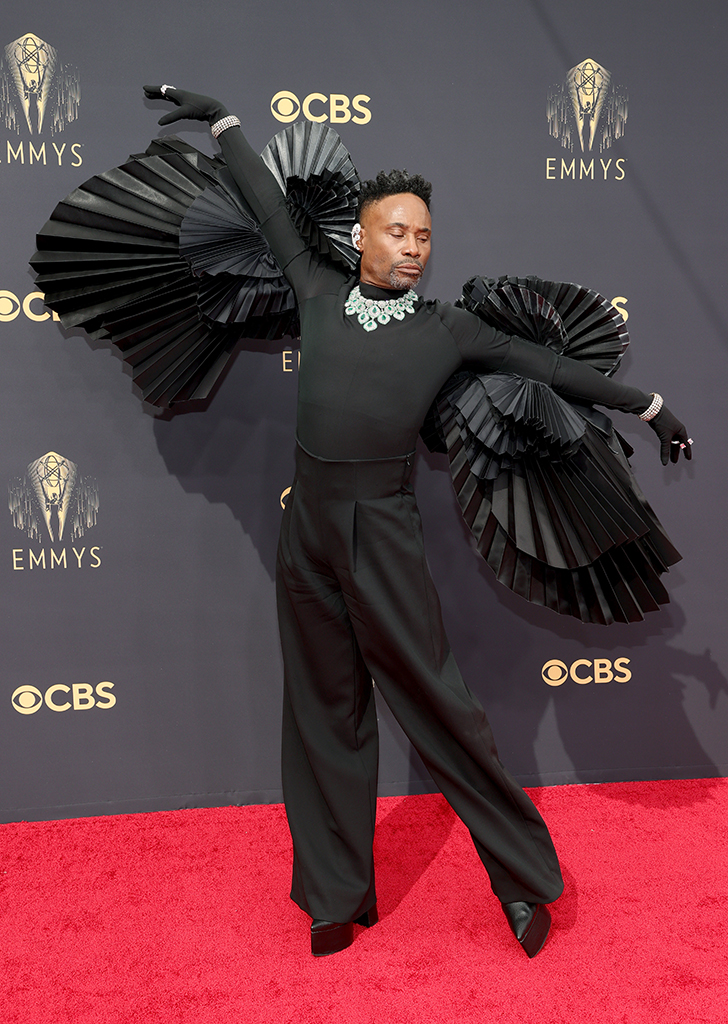 At first glance, Porter is wearing a simple black outfit, consisting of a long-sleeve shirt and high-waisted trousers. But the real showstoppers are his scene-stealing wings, which become more prominent when he opens his arms. The panels almost look like folded paper, resembling origami fans stacked on top of one another.

Porter didn’t hold back on the diamond accessories, which included two bracelets, several rings and ear cuffs. Oh, and how could we forget about the massive diamond-and-emerald necklace?

During a red-carpet interview with E!, Porter discussed the inspiration behind his ensemble and shared details about his last-minute alterations. “I am the fairy godmother,” he said, according to People. “We got the wings. It was supposed to go all the way to the floor, but it didn’t work out.”

Porter attended the 73rd annual Emmy Awards alongside his husband, Adam Smith. The actor received an Emmy Award nomination for Outstanding Lead Actor in a Drama Series for Pose. He’s up against Regé-Jean Page for Bridgerton, Sterling K. Brown for This Is Us, Matthew Rhys for Perry Mason, Jonathan Majors for Lovecraft Country and Josh O’Connor for The Crown.

Guess Christmas came early after all.

The Best Chelsea Boots for Women, Starting at $53