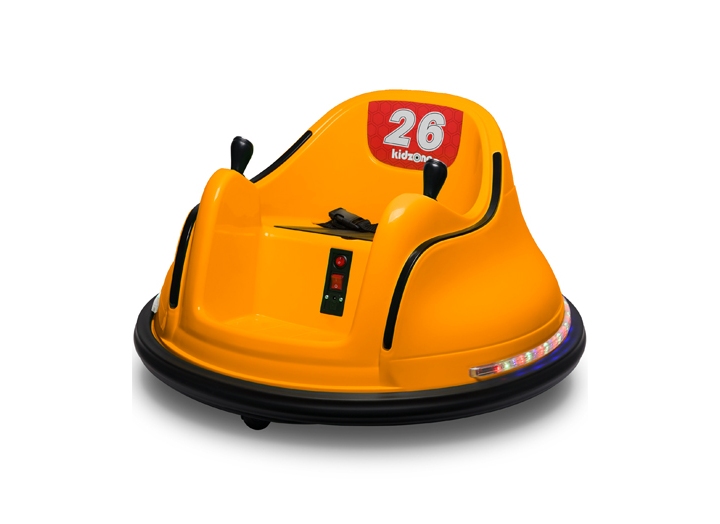 Amazon Prime Day is facing some fierce competition this year. Nordstrom’s secret clearance sale already stepped up to the ranks, and now Walmart is also holding its own “big save.” And we’re not complaining, because we just found the greatest holiday gift of the year. Yeah, it’s only October, we know.

Behold the Kidzone 6V Electric Bumper Car. It’s a kid-size bumper car that’s about to spin around every room in your home (well, for two hours until the battery runs out). But hey, it’s almost as good as childcare right now (and your kids will love it too).

Normally, these babies—which come in a full rainbow of colors and run on a six-volt rechargeable battery—would cost you $400. But right now, they’re only $150. Almost better than the savings is the fact that there’s no assembly required. Now that is a holiday miracle.

More specs, you say? The toy car can spin a full 360 degrees with its joystick controls, and can reach a maximum speed of 0.75 miles per hour. (It feels like lightspeed for a 3-year old. Lolz.) The plastic shell exterior has a soft bumper outside so wrong turns won’t totally tear up the paint on your walls. There’s a safety belt, anti-flat tires, a customizable number and colorful lights for a disco-arcade vibe. Because we know you’re wondering, the cars are certified safe for 1.5- to 6-year-olds.

All the fun of a county fair, no long lines, sticky hands or tantrums required. Merry everything.

The Best Kids' Toys to Nab on Amazon Prime Day​

The 16 Best Pumpkin Patches Near NYC

The 40 Best Maternity Gifts (Because Expectant Moms Have Needs Too, You Know)

Vitamins for Kids: Do They Really Need Them?