Celebrating the most wonderful time of the year at the happiest place on Earth sounds too good to be true, but after seeing even the most bah humbuggiest of our friends (you know who you are) make Mickey’s Very Merry Christmas Party one of their annual holiday traditions, we had to check it out firsthand. And get the inside scoop on how to make the most of your trip, so all that joy—and lights! And snoap*! And sugar!—doesn’t cause a full-scale meltdown mid-vacation. Here’s what you should know before heading there yourself.

*That’s soap bubble-snow, for the uninitiated, and it flurries throughout Main Street as you enter the park, making for a great photo opp. 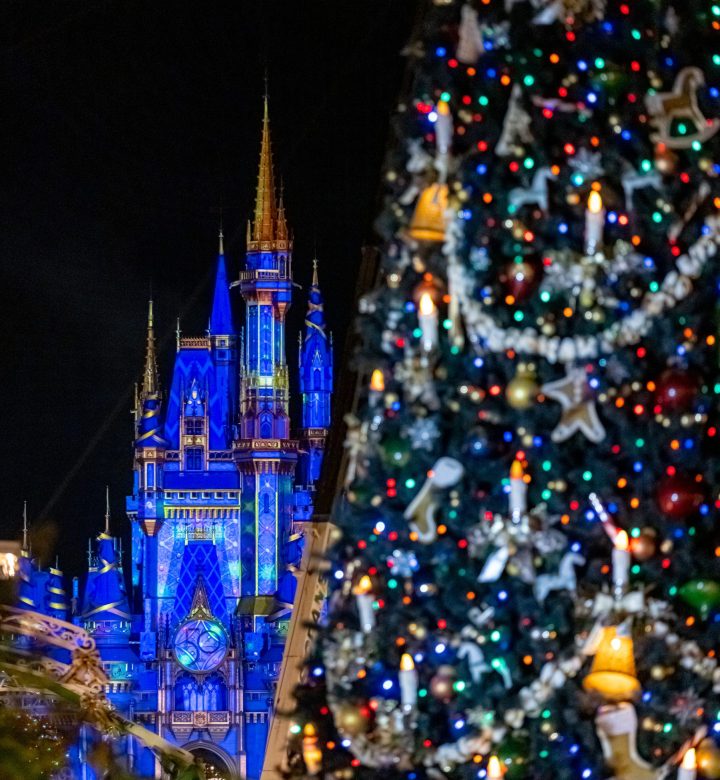 What to Expect from Mickey’s Very Merry Christmas Party

Hosted on select nights at Disney’s Magic Kingdom in Kissimmee, Florida, from November 8 through December 22, Mickey’s Very Merry Christmas Party provides you with full access to the park rides—with capped attendance, so the park is less crowded overall—as well as free treat stations serving cookies and hot cocoa, and a special parade, stage show and fireworks display that you can’t catch outside of the event.

The party runs from 7 p.m. until midnight, but you can get into the park as early as 4 p.m. with a ticket to the party. (Expect to see massive lines outside the park by 3:30, though they move quickly once the clock strikes 4. And prepare for larger crowds from 4 to 6, since the park is open to regular guests and Christmas Party ones at that time.)

How Much Does Mickey’s Very Merry Christmas Party Cost?

Tickets will set you back $149 to $199 per person, depending on the date you attend, compared to $124 to $179 for a standard day at Magic Kingdom. In our experience, the park seemed half as crowded that night as a typical day at the park. Waiting a maximum of 40 minutes per ride, instead of up to 2 hours, made the late night well worth it in our book. (Not to mention all the free treats.) 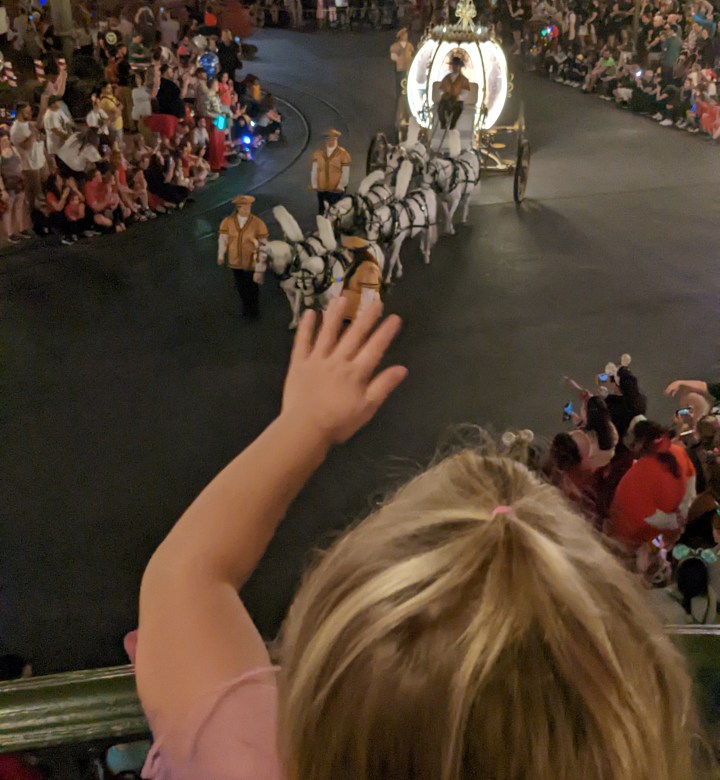 9 Insider Tips to Make the Most of Your Stay

If you don’t already have tickets for the 2022 Mickey’s Very Merry Christmas Party, we have some bad news: It’s completely sold out this year. However, tickets typically go on sale to the general public in July of each year, so mark your calendar to be first in line for 2023. (Disney hasn't set the official dates for 2023 sales yet.)

Dinner reservations can be made 60 days ahead of your trip, and they also fill up quickly, so once your tickets have been secured, set a second calendar reminder two months out to book that. (Be Our Guest, a Beauty and the Beast-themed restaurant, offers a three-course, French-inspired meal—including the famous Grey Stuff Lumiere sang about. Spoiler: It’s a cookies and crème-esque mousse atop a chocolate tart.)

2. Budget for a Late-Afternoon Nap

You can get in at 4 p.m., but given the crowds, you might be better off using 3:30 to 5 p.m. as an opportunity to get the kids to nap or unwind at the hotel, so you’re ready to hit the ground running as soon as the party starts.

There’s so much to see and do that if you want to make it to midnight—and there’s a good chance you will, given how empty the park is at the 11th hour—that a mid-day recharge is a must. 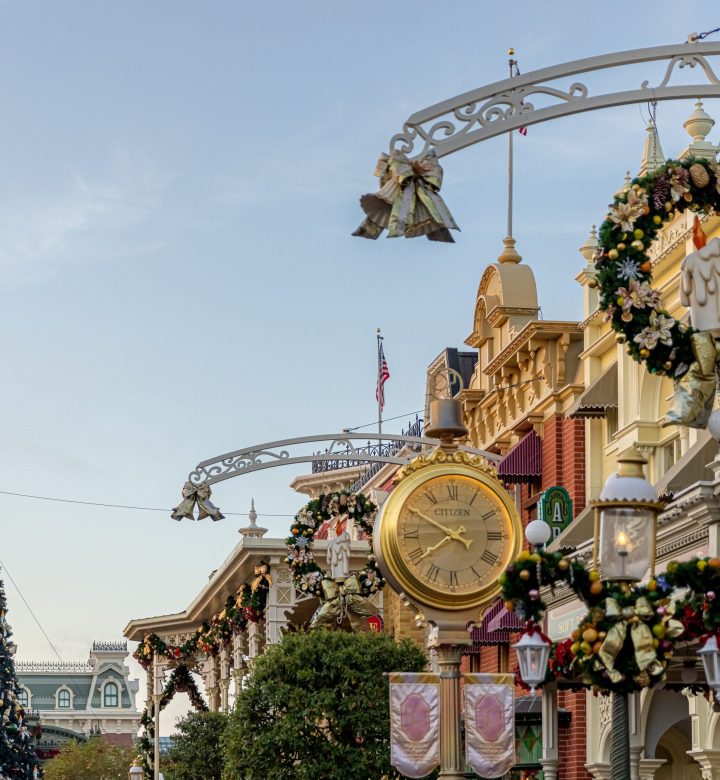 As you enter the park, you’ll be given a wristband to show that you’re a guest at Mickey’s Very Merry Christmas Party. (General admission ends at 6 p.m., and park employees—known as cast members—will ask to see yours at various checkpoints throughout the park to ensure you’ve paid for the party.) After you’ve grabbed that, head to Tomorrowland Terrace for a free gift—each year, the company gives out a commemorative ornament. This year’s is a metal snowflake highlighting the park’s 50th anniversary.

Massive, inflatable candy canes denote stops on the treats trail, aka five spots where you can score a free cookie and a drink, be it hot cocoa, apple cider or eggnog. The soft gingerbread cookies with buttercream frosting at Pinnochio Village Haus are not to be missed.

Pro tip: These stops tend to be located in quick-service restaurants. Hit up the bathrooms here, as they’re less crowded than ones by the rides. 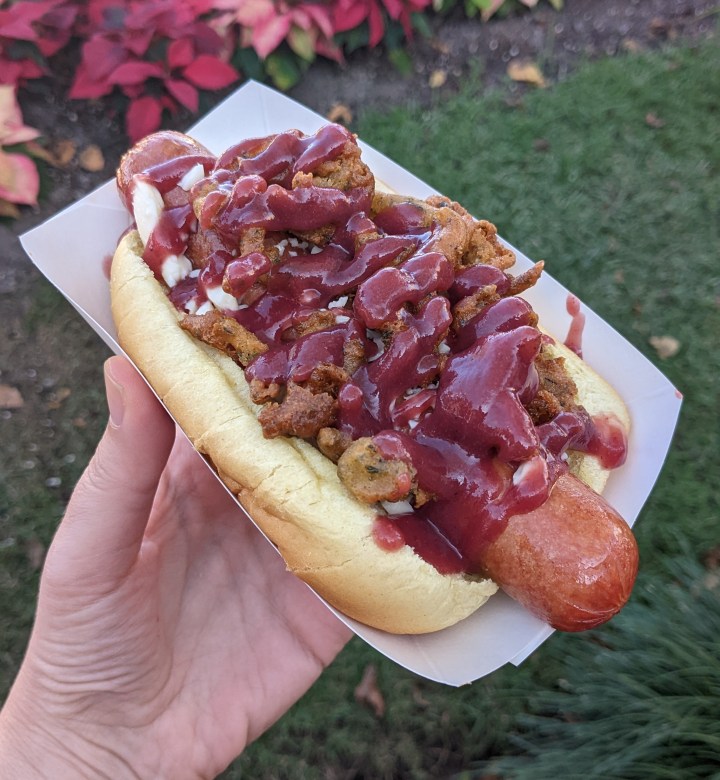 If a formal, sit-down dinner isn’t your style—or you’re looking to save money—skip the reservations and hit up a quick-service restaurant. Our pick: Casey’s Corner, right on Main Street, for corn dog nuggets and fries for the kids, and a Holiday Dinner Dog (an all-beef hot dog topped with fried stuffing, cheese curds and cranberry mustard) for the daring.

One major reason many parents we spoke to loved the party? It’s a chance to get the photo for your holiday cards and see your kids get a little starstruck. Character meet and greets are set up throughout the park, often featuring Disney princesses and other stars dressed for the holidays. (Jack Skellington dressed as Sandy Claws is a fan favorite; he was posing with Sally at Town Square Theater. Santa Goofy is another popular pick—he’s near the Goofy’s Barnstormer ride and tended to have less of a ride.) 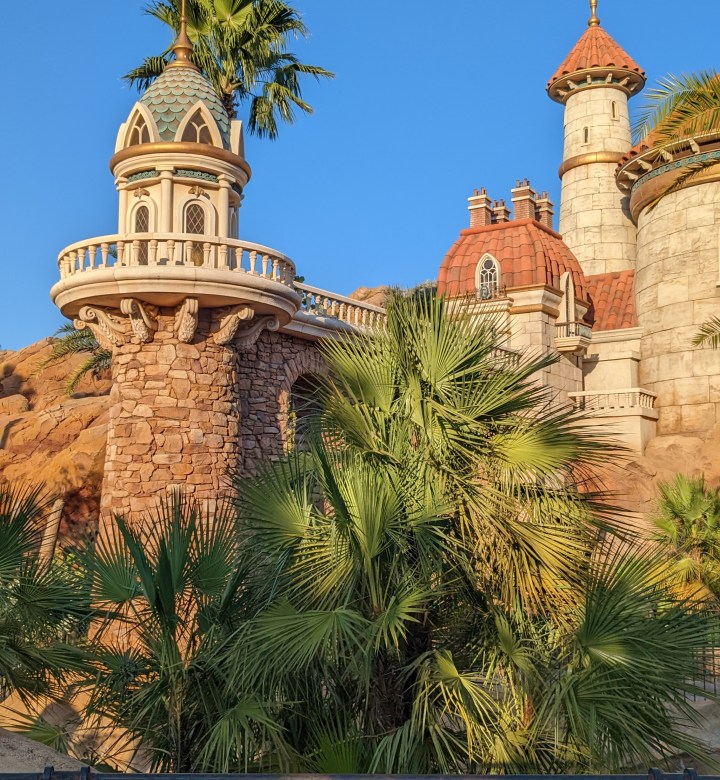 The park is a lot of fun—and a lot to process. If it all starts to feel like too much, but you aren’t ready to leave yet, head to Under the Sea: Journey of the Little Mermaid. There’s often little to no wait for the ride during the party, and you sit in a clamshell as it slowly takes you through the story of The Little Mermaid. (A few parents whose children have sensory sensitivities found this ride to be a soothing respite from all the go, go, go.)

8. Hit Up the Second Parade

The parade occurs twice a night—8:30 and 11 p.m.—and if you can make it to 11, you’ll find the parade is typically much less crowded. Scout out a spot near the loop at the entrance to the park for the best place to view the parade.

You can use a Magicband—essentially, a smart bracelet—to get into the park, into your hotel room (if you’re staying at a Disney resort) and pay for goods at Disney parks, but there’s another perk to the Magicband+ design. If you wave it in front of any of the gold statues within the park, they’ll play festive songs and greetings. (See the video above for an example.) It also vibrates as you pass a statue and flashed various colors in sync with the fireworks display.

The 24 Best Hotels Near Disney World at Every Price Point