Have we been dying for a Virgin River update on social media? Yes. Did the show’s stars—Martin Henderson, Colin Lawrence and Alexandra Breckenridge—just bless our timelines with a much-needed photo? My god, yes. And to make it even better, there is a hilarious story behind the said photo on Instagram.

The show’s official page posted a photo of the three castmates on the Fourth of July. The trio appeared to be all smiles as they stood in a tight embrace, all while standing in front of a river. Seems like a simple photo, right? Well apparently, a lot of work went into capturing the perfect shot.

In a now-deleted video (screenshot below), all three actors attempted to capture the snapshot. They were successful, but the execution wasn’t an easy feat. In the clip (which was posted on the page’s Instagram Story), they tried to take the perfect selfie. Henderson can be heard saying, “Get the background right there! Get the river!” Then, Lawrence chimed in and said, “I’m using my thumb!”

When they tried to capture the snapshot, Henderson noticed there was a big tree in the background—which happened to be above Lawrence’s head. “You got a tree growing out of your head! You don’t want that,” he told his co-star. After the actor adjusted the camera slightly, they finally got the shot. 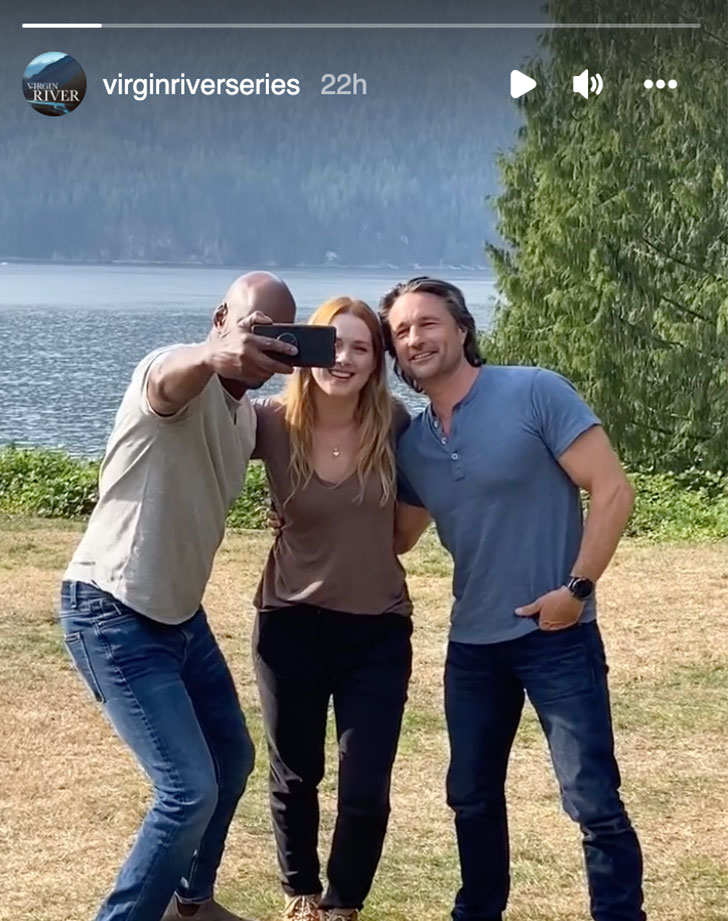 Shortly after the post, the streaming service released the first official trailer for Virgin River season four (which comes out July 20). Without giving too much away, the new season picks up right where the previous installment left off. And let’s just say, it’s gearing up to be a drama-filled season.