George Clooney & Julia Roberts Make a Phenomenal Pair in ‘Ticket to Paradise’—But Is Their Chemistry Enough?

From Sandra Bullock's The Lost City to Jennifer Lopez's Marry Me, it seems like we're living in the age of cheesy, breezy rom-coms. And we can totally understand why. For one, they give us an excuse to switch our brains off for two hours, and they're a nice escape from the real world. So, it comes as no surprise that yet another rom-com, Ticket to Paradise, has been added to Hollywood's ever-growing list. 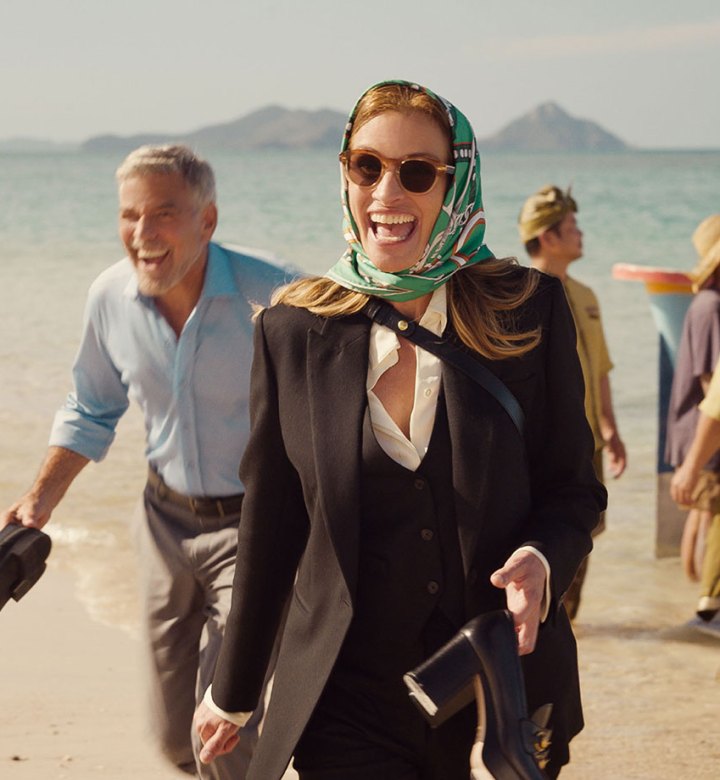 At first glance, the film is essentially a formulaic romance with a few laughs and some stunning scenery. And for the most part, this prediction is pretty spot-on. It isn't the kind of film you want to take too seriously, but if you live for guilty-pleasure movies with far-fetched storylines, then you'll want to add this one to your queue.

Directed by Ol Parker (the mastermind behind Mamma Mia: Here We Go Again!), Ticket to Paradise follows a law school graduate named Lily (played by Kaitlyn Dever), who heads off to Bali for a much-needed vacation before starting her big job at a prestigious firm. But her divorced parents (played by Julia Roberts and George Clooney) are stunned to learn that she is giving up her career to marry a seaweed farmer that she met a only few weeks ago. Desperate to stop their daughter from making what could be the biggest mistake of her life, David and Georgia put their differences aside and make a secret pact to ruin the wedding during their visit. But naturally, things don’t quite go as planned.

First off, the chemistry between Roberts and Clooney is fantastic. Both actors give solid performances as bitter exes whose fateful reunion just might give them a second chance at love. And while most of their shared scenes aren’t exactly laugh-out-loud funny, the snide remarks and banter will make definitely make you chuckle.

Another positive? Getting to live vicariously through the characters during their stay in Bali. One look at the stunning, scenic beaches will help you understand why Lily would ditch her city job for a life with the charming Gede (Maxime Bouttier) in this lush paradise. But even with gorgeous views and great performances from Roberts and Clooney, the movie—unfortunately—falls a bit flat due to its extremely predictable plot and forgettable characters. (No offense, but the chemistry between Lily and Gede isn’t nearly as interesting as that of David and Georgia.) 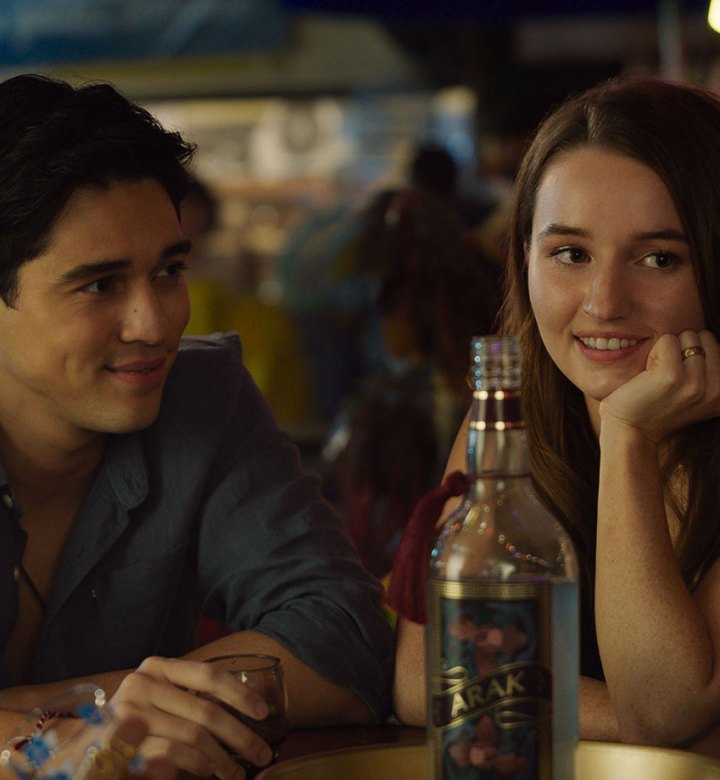 Almost anyone who watches this movie can probably predict what will happen about ten minutes in. It begins with divorced parents who go out of their way to avoid each other when it comes to their daughter’s events. But then, they’re forced to team up as they figure out how to sabotage Lily's wedding, which plays right into the common trope of divorced couples who slowly fall in love again. As for the rest of the cast, there’s very little character development, which makes it challenging to really connect with the others. But it’s worth noting that Gede’s father, brilliantly portrayed by first-time actor Agung Pindha, immediately stood out because of his scene-stealing humor.

Still, despite its shortcomings, Ticket to Paradise holds up as a feel-good, guilty-pleasure film. (Here's hoping this isn't the last time we see Roberts and Clooney on-screen together.)

PureWow Rating: 3 out of 5 Stars

Although Ticket to Paradise relies too heavily on the star power of its two leads, Julia Roberts and George Clooney are simply a delight to watch. Even with the predictable plot, fans are in for a fun escape (and plenty of stunning views).

‘THE SCHOOL FOR GOOD AND EVIL’ ON NETFLIX BOASTS MAJOR NAMES, BUT IS IT THE NEXT ‘HARRY POTTER’?