Kelly Ripa and Mark Consuelos's love story is one for the ages.

After winning over fans as on-screen sweethearts Hayley and Mateo on All My Children, the pair struck up a real-life romance. And now, more than 25 years later, the duo still reigns supreme as one of the best couples in Hollywood. Even their son, Michael, dubbed them “relationship goals,” adding that they've been his biggest role models.

So naturally, we're celebrating our favorite couple by reflecting on their biggest milestones throughout the years, from wedding anniversaries to the birth of their children. Keep reading for a full timeline of Ripa and Consuelos's relationship. 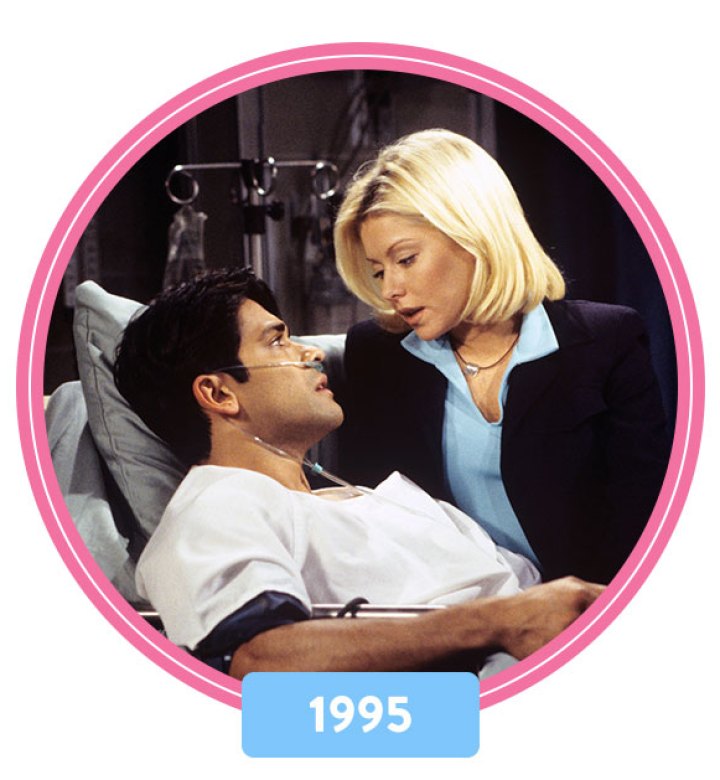 It all started when Ripa and the producers of All My Children hired Consuelos to play her character’s love interest, Mateo Santos. The team had already done an extensive search, but when they finally stumbled upon the Latino actor, Kelly found her match.

She told Bruce Bozzi on SiriusXM's Radio Andy, "At that point, I was not a hopeless romantic. I never thought about getting married, it never occurred to me that I would grow old with someone. When I saw him, the photograph of him, I saw my entire future with him flash before [my eyes]. Like, I saw it. I didn’t believe in any of that and now I do because of that moment."

As it turns out, Consuelos was also attracted to Ripa, but he initially thought that she was out of his league. In 2014, he told HuffPost Live, "I thought she was adorable, hot, and sexy and all that stuff. But I was very focused—I didn't really think I had a chance with her, so I wasn't really focused on that." Fortunately for him, he was wrong. 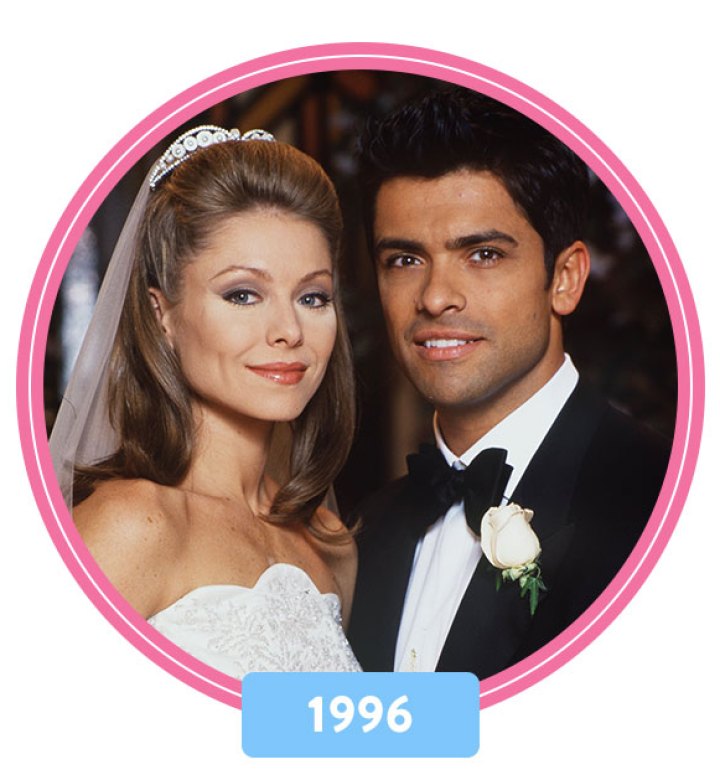 The co-stars became fast friends after they started working together, and it didn’t take long for their relationship to blossom into romance. The two quietly dated, and fans quickly caught on after they were spotted filming All My Children in Jamaica. But it wasn't all sunshine and roses. On Watch What Happens Live, Consuelos revealed that he and Ripa briefly split up and then eloped a week later, immediately after they made amends.

“We both had to meet and do an appearance on Live with Regis & Kathie Lee...When we were together, she wouldn't talk to me and that made me go crazy,” he said. “So, I followed her. I followed her to Central Park, and then we went back to my place, and we got married the next day.”

The lovebirds traveled to Las Vegas, found a nearby chapel and said “I do” on May 1, 1996. Then, the pair held a second ceremony in a Catholic church, which included both of their families. 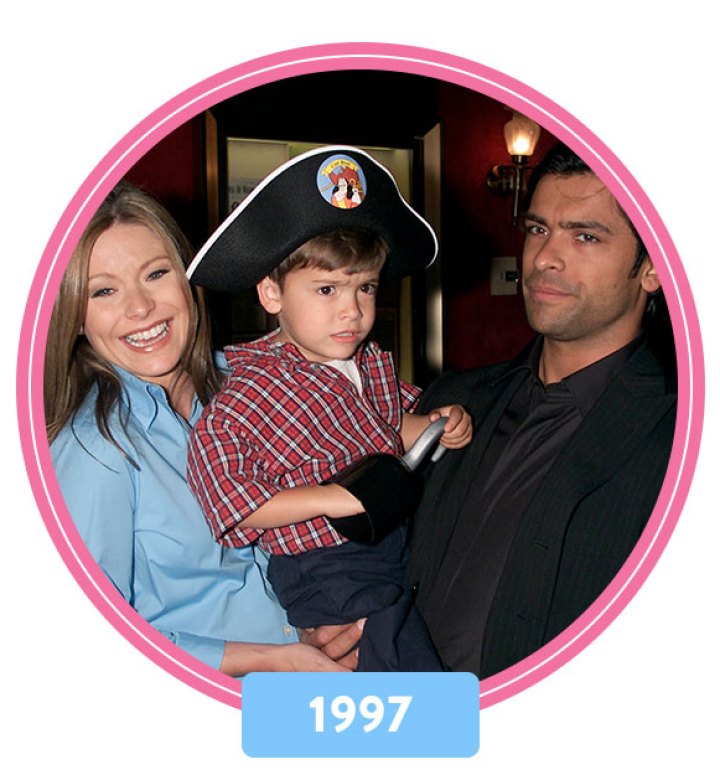 The couple welcomed their first son, Michael (aka Mark’s doppelganger), on June 2. After he studied film at New York University, the 24-year-old followed in his father’s footsteps and pursued acting, landing roles like Mike in The Bensonhurst Spelling Bee and the teen Hiram Lodge in Riverdale (a younger version of his dad’s character). 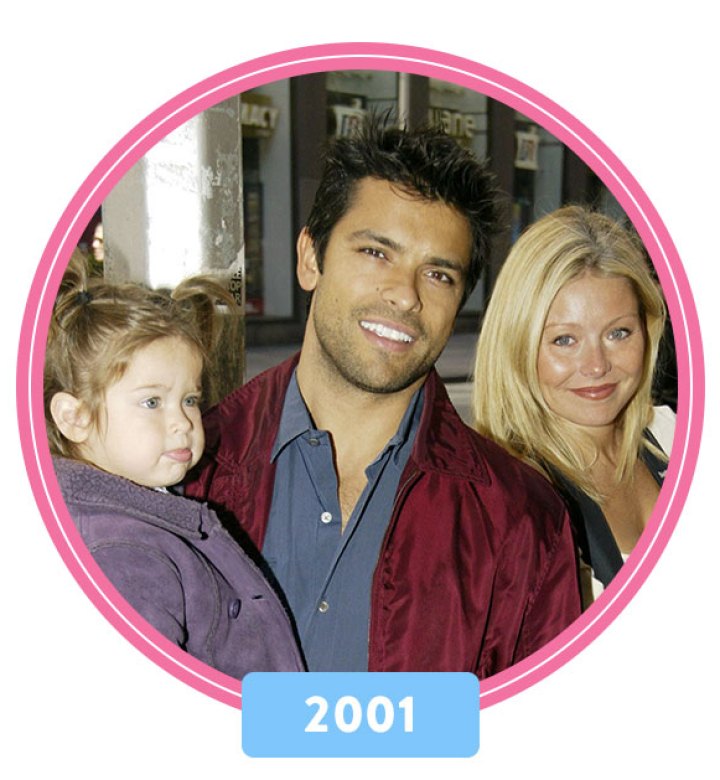 Baby number two came on June 16, 2001—and the story behind Lola’s name is quite fascinating. Ripa explained on an episode of Live, “I was in labor in the back of a cab, I was very uncomfortable and the cab driver had the radio on the ’70s station and “Copacabana” by Barry Manilow was playing. And that opening was playing, ‘Her name was Lola’ and I was like, ‘That's a great name we should write that down, just in case.’” And sure enough, her husband agreed. 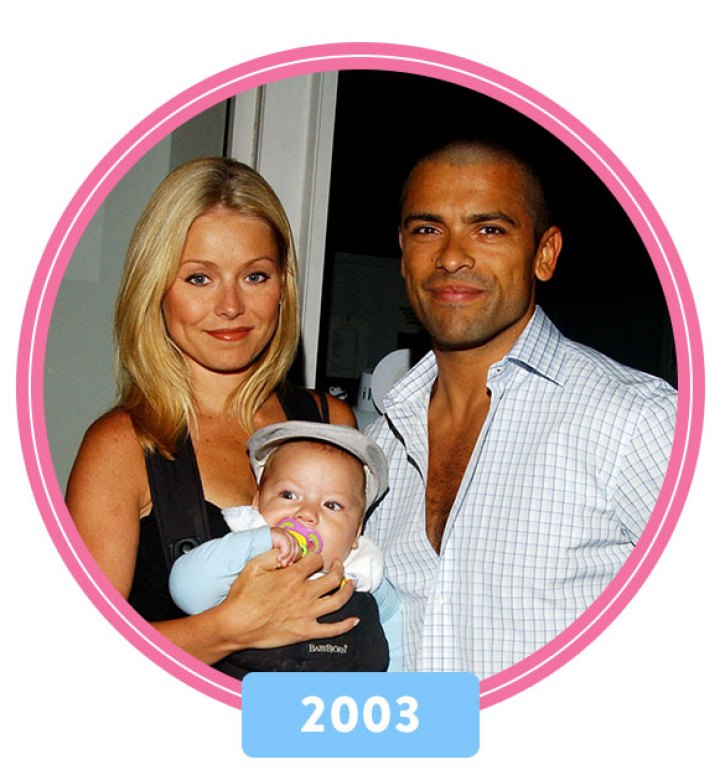 The couple’s third child, Joaquin Antonio Consuelos, was born on February 24, 2003. The recent high school grad will attend the University of Michigan and compete on the wrestling team. On his Instagram page, he wrote, "Super excited to step into this next chapter with @umichwrestling! Honored to be part of this great program." 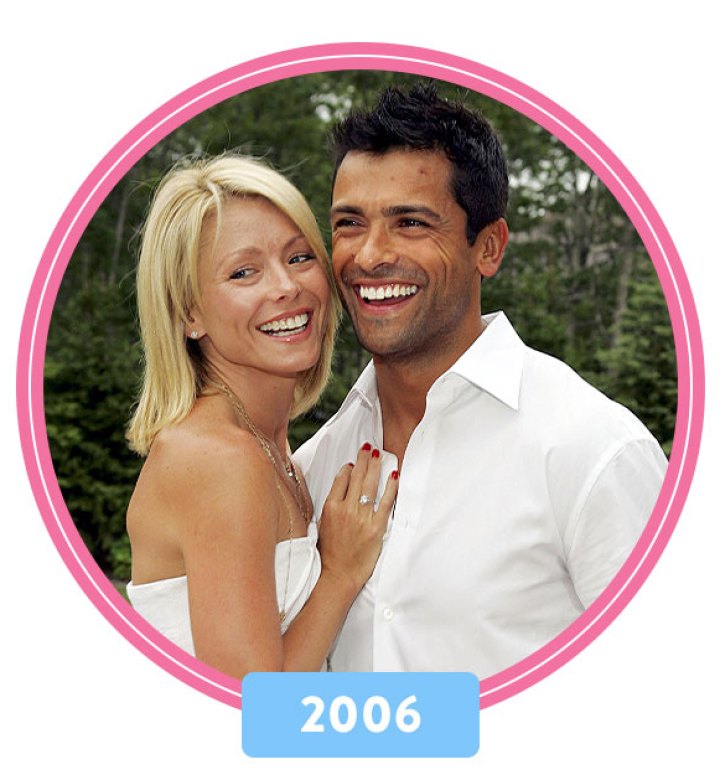 May 1, 2006 marked their first milestone anniversary. That same year, Ripa scored an Emmy Award for her work on the Disney Parks Christmas Day Parade, broke a Guinness World Record and got to collaborate with her husband again when he appeared in 10 episodes of her ABC sitcom, Hope & Faith.

2007: The Power Couple Is In Business

They've shared plenty of scenes on the small screen, but in 2007, Consuelos and Ripa decided to put their production skills to use. As a clever tribute to their three kids, the couple launched their New York-based production company, Milojo—named after the first two letters of their children’s names. And since then, they’ve partnered with major networks like Bravo, VH1, TLC and HGTV. 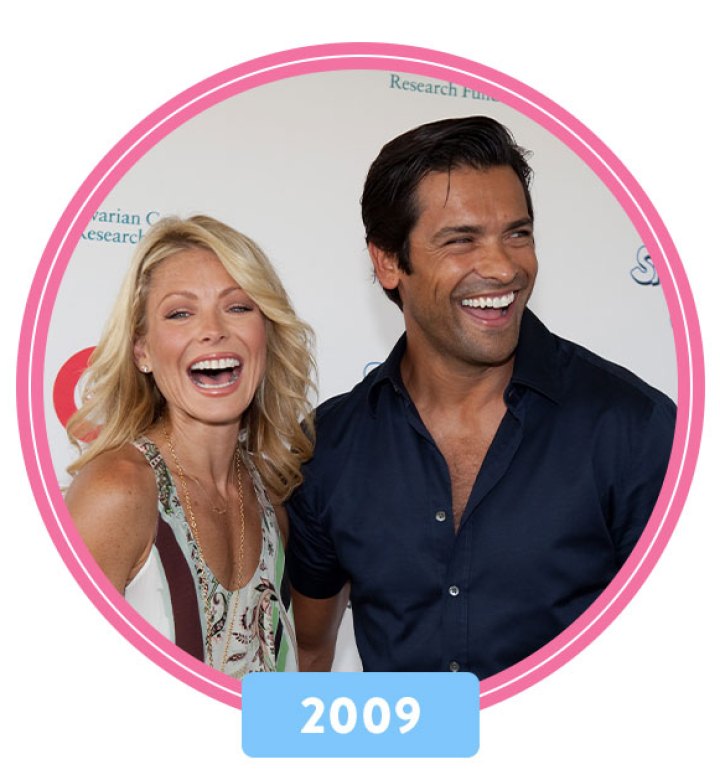 In honor of their anniversary in 2021, Ripa treated fans to a rare glimpse of their wedding venue in Vegas. The happy couple revisited the location with their kids back in 2009. And in a fuzzy throwback, they can be seen posing in front of Chapel of the Bells. Ripa captioned the post, “When we took the kids to the scene of crime 13 years later.” 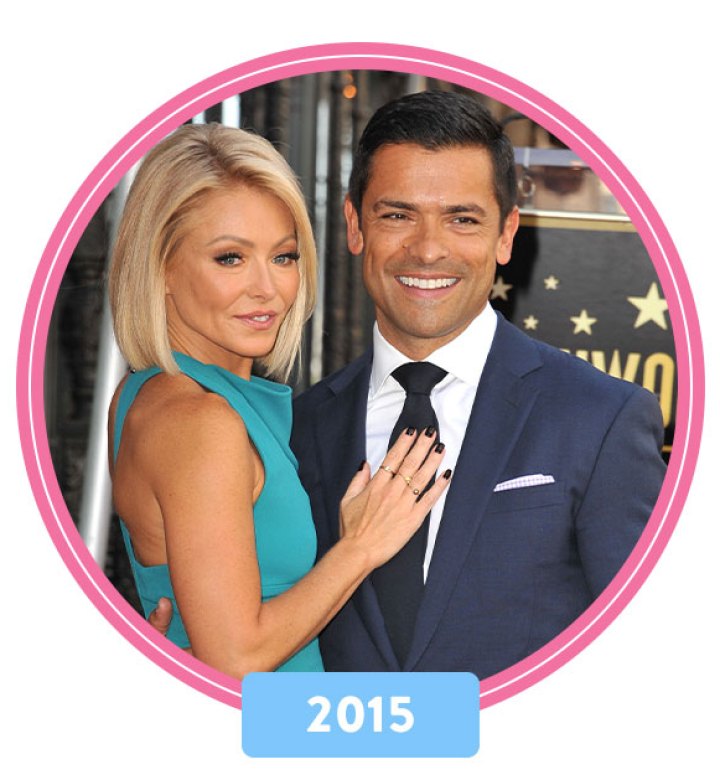 Consuelos has never been one to miss out on celebrating his wife’s success. So, when Ripa was honored with a star on the Hollywood Walk of Fame in October 2015, he was right there by her side. The couple even showed a bit of PDA while posing for photos at the ceremony.

During her acceptance speech, Ripa said, “All My Children is where I met the man that I've been married to for almost 20 years, the love of my life, the man who taught me how to be a person—a real person—and we have three of the most beautiful children, that I'm so proud of, on the planet, Joaquin and Lola and Michael." 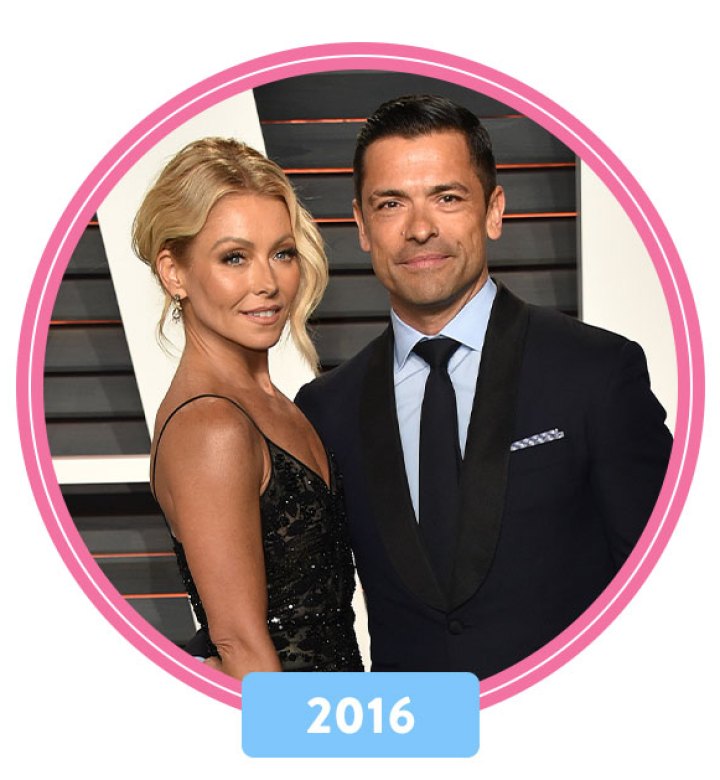 To celebrate their impressive two-decade mark, the Live co-host shared a romantic throwback pic with her husband on Instagram. She wrote, “The Roaring 20! I love you @instasuelos #cheerstotwentyyears.”

While chatting on Live about her special anniversary getaway with Consuelos (previously Live with Kelly and Michael), she revealed a snap of herself re-wearing her wedding dress and noted that it was the “best $199 she ever spent.” 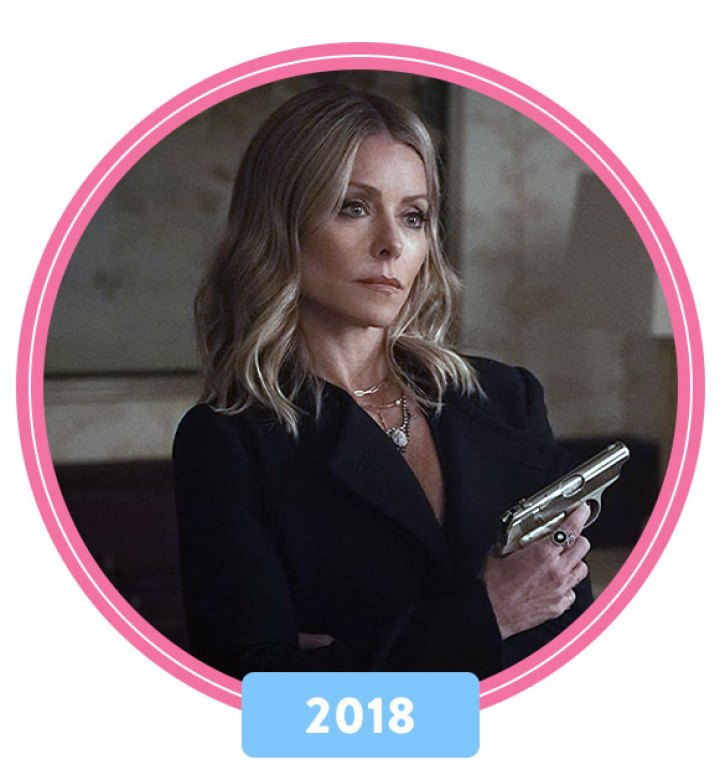 As Consuelos continued to make appearances on his wife's talk show, Ripa also snagged a role on Riverdale as her husband’s on-screen mistress, Mrs. Mulwray, in 2018.

While speaking with Entertainment Weekly about the experience, she said, “I find it endlessly amusing because I never really consider myself mistress material. But it thrilled me to no end to play my husband’s mistress. I just found it amusing and sexy, the naughtiness of it all.”

Meanwhile, Consuelos told Us Weekly, "[Show creator] Roberto [Aguirre-Sacasa] called me and said, 'Hey, I’ve got a question to ask you. Do you think she'd want to do it?' And I said, 'You know, yeah. Give her a call!' They spoke and they figured it out...He just made it happen. I definitely did not ask for him to do that. I think he thought it would be so much fun." Sounds like he was spot-on. 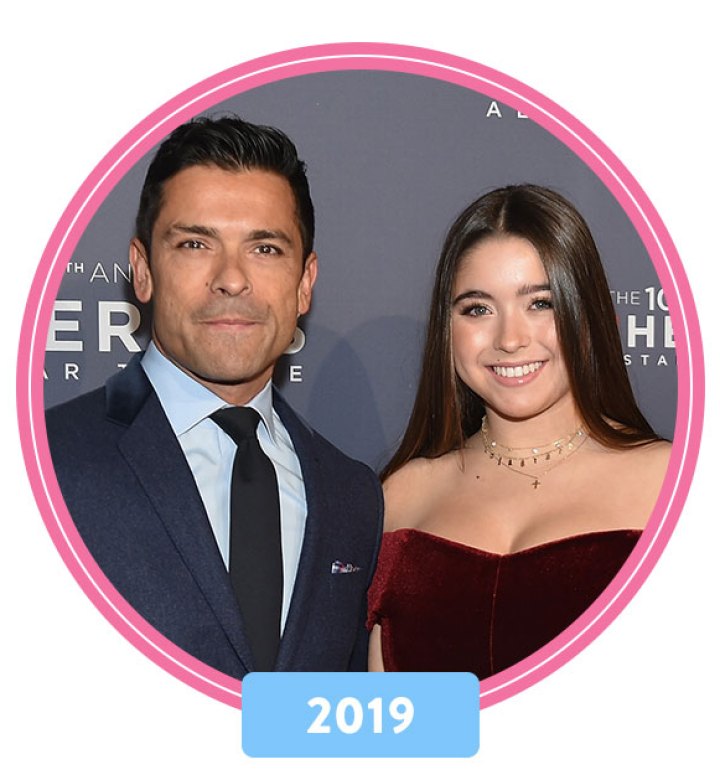 While co-hosting an episode of Live together, Ripa and Consuelos opened up about a rather awkward incident that’s every kid’s worst nightmare—walking in on their parents getting intimate.

"She opened the door, and it was late morning, and it was Father's Day," Consuelos recalled with a suggestive grin. "We see the door open, and we're like 'Close the door!' And she's like 'Thanks a lot, it's my birthday!’’ Whoops! 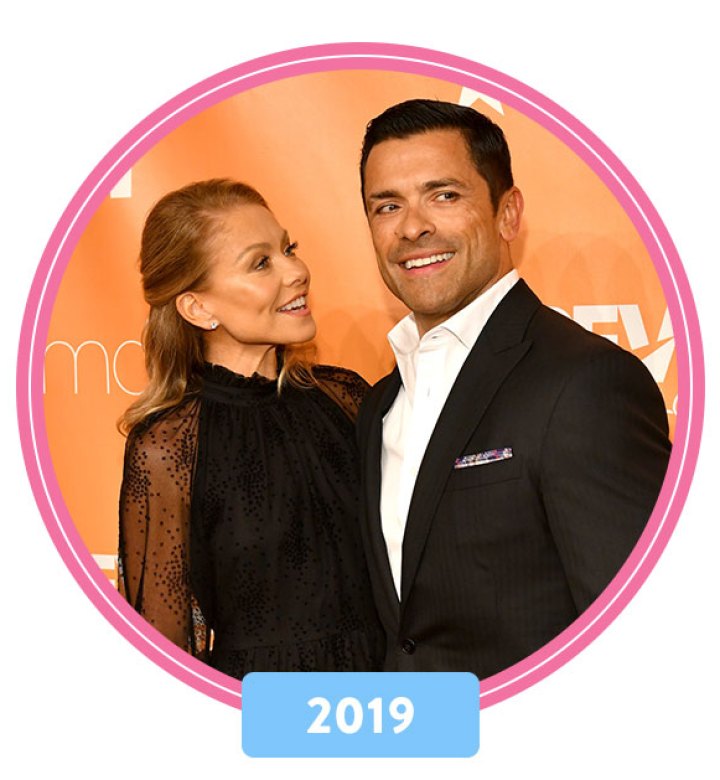 In honor of her husband’s 48th birthday, the TV personality shared a sweet video collage of family pics, set to Jake Shears's "Mississippi Delta (I'm Your Man)." She captioned the post, “Happy birthday to the finest man! You are our heart and soul and rock and roll.”

Meanwhile, Consuelos celebrated his wife’s 49th with a throwback pic of Ripa and wrote, “Happy Birthday to my fave...I’m really glad you were born. Because let’s face it, if you weren’t, I would’ve been married 3 or 4 times by now. Which would’ve been really expensive, not to mention the super tense parent teacher conferences and all the awkward blended family holiday/vacations. Anyway, happy birthday sweetie.” 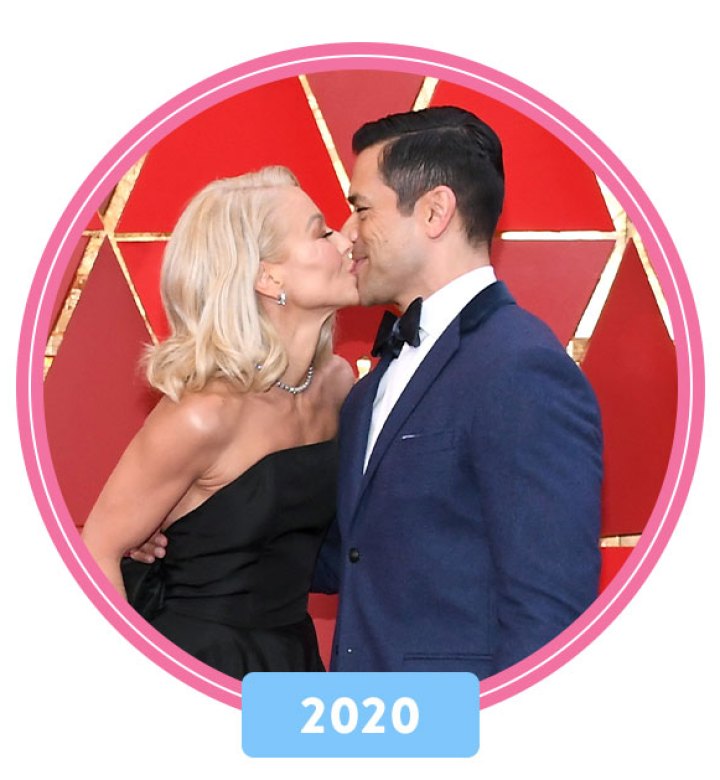 The duo appeared on Radio Andy's Quarantined with Bruce in April, and no stone was left unturned during their chat about quarantine and their sex life. Ripa revealed, "We found each other at the right time in our lives. We were really young. We learned each other well. And with that comes a certain level of comfort and confidence and experimentation. We have fun. We enjoy [each other]." 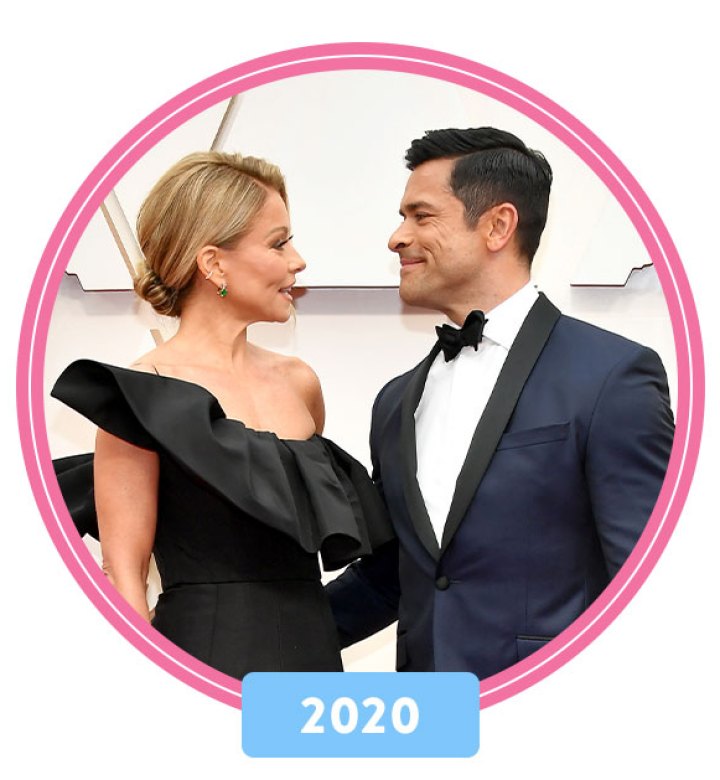 December 2020: Reunited And It Feels So Good

Due to the pandemic, Consuelos had to extend his stay in Vancouver while shooting Riverdale, but in December, he finally got to reunite with Ripa and their kids. They marked the occasion with a special family dinner, which Ripa documented on her IG stories. She wrote, “Daddy’s home!” 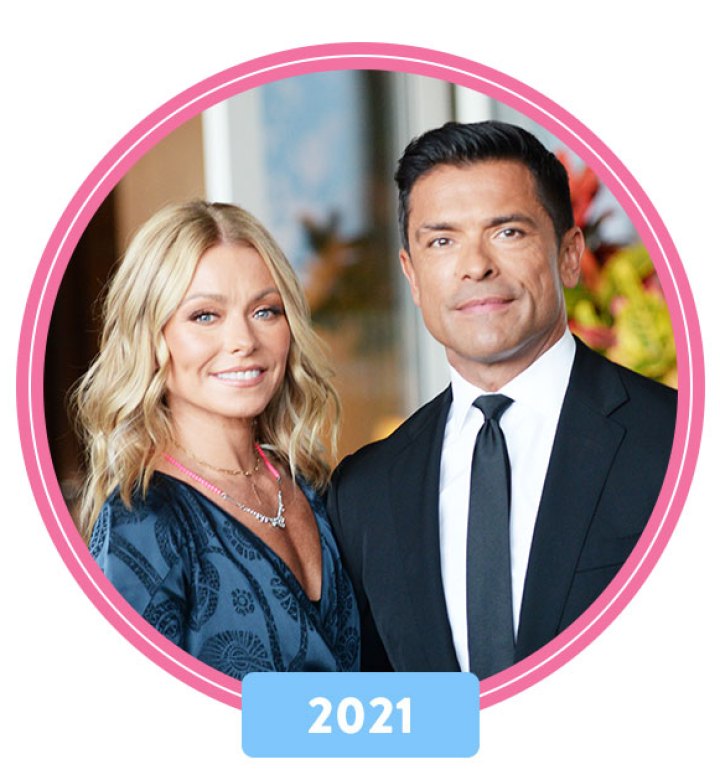 The actor outdid himself with a touching IG montage for Ripa, set to Stevie Wonder's “I'll Be Loving You Always.” In honor of the milestone anniversary, he wrote, “I’ll be loving you until the rainbow burns the stars out in the sky...always. Happy 25th.” It’s no wonder Michael calls these two couple goals.