A Spoiler-Free Review of HBO’s ‘House of the Dragon’ Premiere: Violence, Drama & One Particularly Horrifying Scene 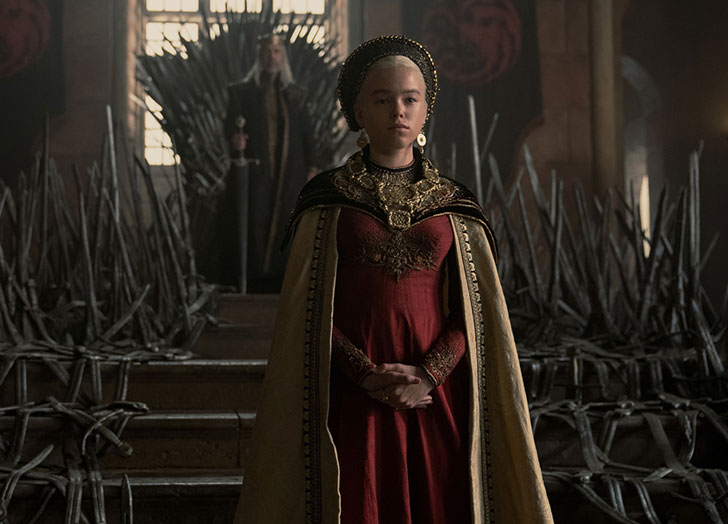 When I initially downloaded Game of Thrones (the first of George R.R. Martin’s novels in the A Song of Ice and Fire series) to my Kindle 10+ years ago, my expectations were zero. Less than a year later, after I’d finally read the last page of the fifth and final (so far) book, I couldn’t fathom having to wait for more content about the lands of Westeros and beyond.

Luckily, despite not yet having the sixth or seventh book in the series, I was quickly gifted the Game of Thrones screen adaptation. I consumed every episode, every wild theory. And already knowing the plot from the books, I felt like I had these massive secrets that I couldn’t tell my friends and family, who were experiencing the characters for the first time on TV—such as the lead-up to Ned Stark’s fate or the Red Wedding. (Admittedly, I didn’t read Martin’s Fire & Blood, the fictional textbook that inspired this latest series, though that one-off was more a timeline of events than a novel.) 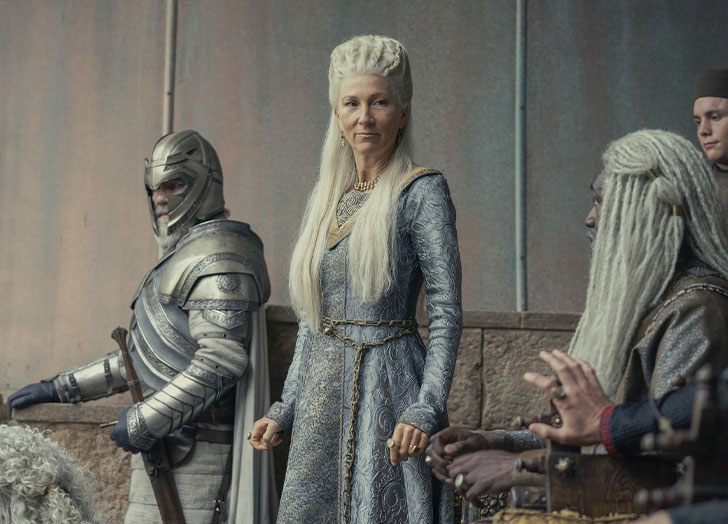 Fast forward to 2022, and not only has the wildly successful Game of Thrones series come and gone, but the premiere episode of its first spin-off, House of the Dragon, has finally arrived on HBO (drops this Sunday). Now this is a high-pressure situation, y’all. The stakes are massive for HBO to deliver, for the sake of all of us—fans of the OG book series, fans of the groundbreaking television show, for HBO itself and its credibility as a premium network battling to stay atop a host of other streaming services. Throneys and non-Throneys alike know that this show needs to succeed—after all, HBO has several GoT spin-offs in the works, one of which was already scrapped (sorry, Naomi Watts).

Now, here’s the one and only spoiler of this review and I’ll give it to you up front: House of the Dragon episode one is so damn good. And I’m so damn relieved. 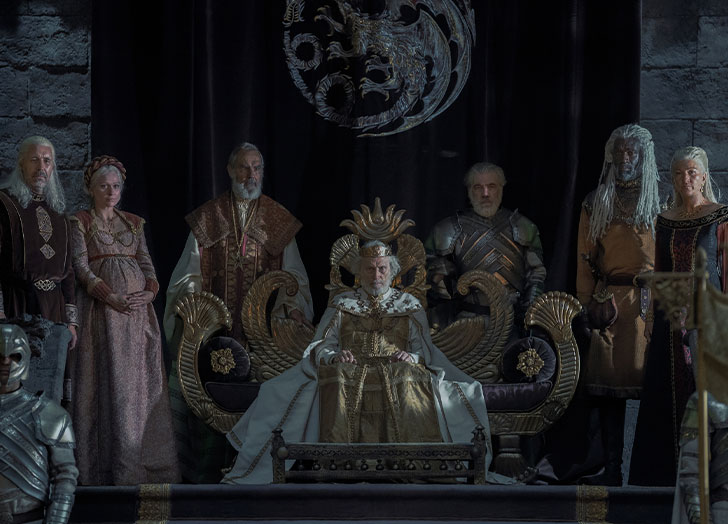 The prequel series kicks off precisely 172 years before Daenerys Targaryen (Emilia Clarke) was born and follows House Targaryen, the family who currently controls the Iron Throne and the Kingdom of Westeros, something they’ve done for a century.

Viserys Targaryen (Paddy Considine) is king and he’s living and ruling alongside other members of his dragon-owning family: his daughter Princess Rhaenyra Targaryen (Emma D’Arcy), his wife Aemma Targaryen (Sian Brooke) and his brother Prince Daemon Targaryen (Matt Smith, who you may know best from The Crown). And he’s got “help” and “guidance” from a slew of others, including the Hand of the King, Otto Hightower (Rhys Ifans).

To begin with, fans of the original series will love the many Easter eggs hidden throughout—such as familiar locales and shots and familiar last names (though not faces—there is a 200-year time difference after all). But beyond these obvious treats, the new show stays true to the style, feel, drama and excitement of its predecessor in the tone of the writing and in the plot points. 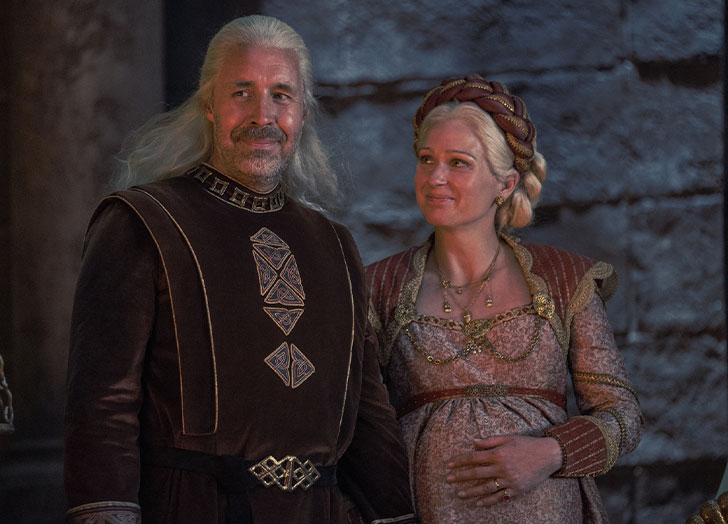 For one, the first episode is action-packed. So many things happen over the course of an hour that Game of Thrones likely would have spread over multiple episodes. The reason for this is there is a more focused story to tell (though it’s no less grand). We’re simply following one house now, whereas the original jumped back and forth between multiple Houses and multiple locations. This is hardly a negative as it allows the plot to move much more quickly.

Things are also easier to follow as we see the same characters scene after scene rather than trying to keep track of Lannisters, Starks, Targaryens, Baratheons, etc. But one shouldn’t fear that this means things will be too simple. After all, the previous iteration created a complex and nuanced web that often seemed impossible to figure out or follow. This version has plenty of “web”, and the premiere episode hints on multiple occasions that the web we’re seeing is merely the tip of the iceberg. 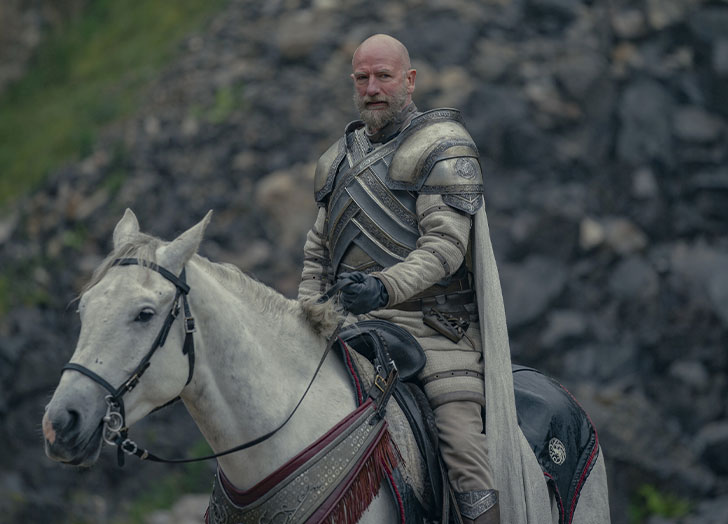 Besides the drama and the intrigue, fans will also be pleased to know that two other elements are quite present: violence and shock value. The first episode presents us with a tournament featuring jousting knights, who quickly turn to barbarity and violence. As with the original, gore abounds.

And then there are the twists that Martin is notorious for. About halfway through the premiere, we get one such shock-value moment. And while it likely won’t live in infamy a la The Red Wedding, it was a horrifying and truly hard-to-watch scene that I couldn’t believe was playing out so early in the series. But as much as I cringed and tried to turn away, this moment of graphic horror gave me solace that this new series is in good hands—and that it won’t be afraid to keep the twists coming, whatever that might mean for our cast of characters and their lives.

House of the Dragon is such a fun watch and, unlike the last time, I won’t know what’s coming.

PureWow Rating: 5 Out of 5 Stars

Fans of Game of Thrones will not be disappointed with the premiere of this spin-off. In fact, it’s now clear that the ‘game of thrones’ has existed in this world for centuries. With dragons, drama, action, intrigue, solid performances and exciting twists, House of the Dragon provides exactly what fans will be looking for, even if it likely won’t broaden the (already massive) fan base of the original.

New episodes drop every Sunday at 9 p.m. ET on HBO.

Hear more about House of the Dragon on PureWow’s entertainment podcast, Stream On.