George R.R. Martin Says ‘A Song of Ice and Fire’ Book Series Will End Differently Than the ‘Game of Thrones’ TV Show

It feels like just yesterday that Game of Thrones aired its final episodes, wrapping up eight seasons of fast-paced, fantasy-filled TV that dominated our attention for years. And while the show may not have ended in the way some fans wanted, the author of the A Song of Ice and Fire book series from which it was adapted, George R.R. Martin, just assured readers that his books will end a little differently.

In a recent post on his “Not a Blog” online page (which he linked to on his Twitter), Martin set the record straight about the ending to ﻿A Song of Ice and Fire﻿. “I have done a lot of interviews over the years, more than even I can possibly keep track of. Inevitably, a lot of them touch on the same subjects,” he started out. “[A] question that I get a lot, especially since the end of Game of Thrones on HBO, is whether A Song of Ice and Fire will end the same way.”

I have done a lot of interviews over the years, more than even I can possibly keep track of. Inevitably, a lot of them touch on the same subjects. One of the things I have been asked about most is my writing process... https://t.co/yD9QrI6qXP

He explained, “An architect would be able to give a short, concise, simple answer to that, but I am much more of a gardener. My stories grow and evolve and change as I write them. I generally know where I am going, sure… the final destinations, the big set pieces, they have been my head for years…for decades, in the case of A Song of Ice and Fire. There are lots of devils in the details, though, and sometimes the ground changes under my feet as the words pour forth.”

Five books in the series have already been released, with Martin currently writing the sixth—﻿The Winds of Winter﻿—and a seventh, reportedly titled A Dream of Spring, also planned.

However, when it comes to ﻿The Winds of Winter﻿, Martin knows that it will ultimately stray from the television series. “Most of you know by now that I do not like to give detailed updates on Winds,” he wrote. “I am working on it, I have been working on it, I will continue to work on it.”

Still, he noted, “What I have noticed more and more of late...is my gardening is taking me further and further away from the television series. Yes, some of the things you saw on HBO in Game of Thrones you will also see in The Winds of Winter (though maybe not in quite the same ways)…but much of the rest will be quite different.” 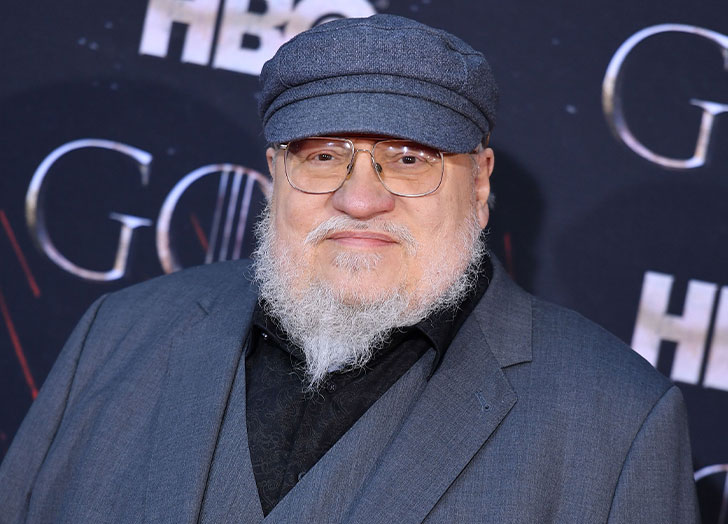 Martin also added, “One thing I can say, in general enough terms that I will not be spoiling anything: not all of the characters who survived until the end of Game of Thrones will survive until the end of A Song of Ice and Fire, and not all of the characters who died on Game of Thrones will die in A Song of Ice and Fire...And the ending? You will need to wait until I get there. Some things will be the same. A lot will not.”

We can't wait to see what happens. In the meantime, we'll be counting down the days until the GoT prequel series, House of the Dragon, premieres on HBO Max.