The witches are back, baby!

Nearly 30 years after the first Hocus Pocus premiered in 1993, Winifred "Winnie" Sanderson (Bette Midler) and her sisters, Sarah (Sarah Jessica Parker) and Mary (Kathy Najimy), have returned to the infamous town of Salem, Massachusetts. And time hasn't made these characters any less amusing.

The highly-anticipated sequel, Hocus Pocus 2, dropped on Disney+ early this morning, just in time for Halloween. And thankfully, it's clear we have another family-friendly comedy to add to our yearly watchlist. Hocus Pocus 2 not only offers a nostalgic experience, but it also brings just as many laughs and surprises as the beloved original, making it a worthy follow-up to the cult classic.

Hocus Pocus 2 begins in the 1600s, when Winnie and her sisters are teenagers. Unfortunately, they are treated like outcasts within their small, devout Salem village. However, when they encounter a Mother Witch (played by Ted Lasso's Hannah Waddingham) in the forbidden forest, they are gifted with a spellbook that reveals their untapped powers.

Flash forward to 2022, and we're introduced to a trio of modern friends—Becca (Whitney Peak), Izzy (Belissa Escobedo) and Cassie (Lilia Buckingham). They find themselves in a pickle when Becca and Izzy accidentally resurrect the Sanderson sisters after being tricked by the town's magic shop owner, Gilbert (Sam Richardson).

Thus, the witches are reborn (again). During their return to Salem, they get involved with many of the same shenanigans, from flying through the sky on modern gadgets to bewitching the town with covers of hit songs. 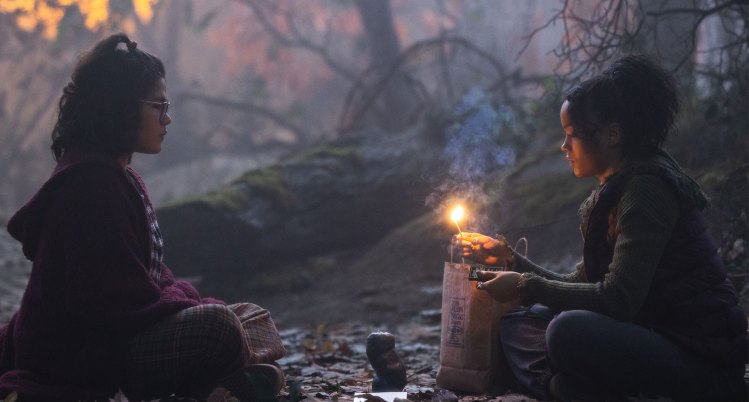 Sure, Hocus Pocus 2 is much of the same. However, it ends up being just as funny, in large part due to the performances of its three leading ladies. Despite the three decades that have passed, it feels like Midler, Parker and Najimy never left the Hocus Pocus set. They transform into the characters again with ease, and their delivery is just as comical.

There are a number of laugh-out-loud moments due to the clever writing in Jen D'Angelo's screenplay, whether it's when Winnie hears the word “fluorescents” and says, “You know, I think we knew her,” or when Winnie tells her sisters to spread out and Parker's character does the splits. Not to mention, there is smart casting as well—like Tony Hale (Arrested Development, Veep), who plays the mayor of Salem, Jefry Traske.

And while Hocus Pocus 2 may feel familiar, there is one new element in that Becca discovers she is coming into her own powers as she turns 16 years old—the same age Winnie was when she discovered her powers. So, it adds an exciting twist that isn't included in the ’90s original. 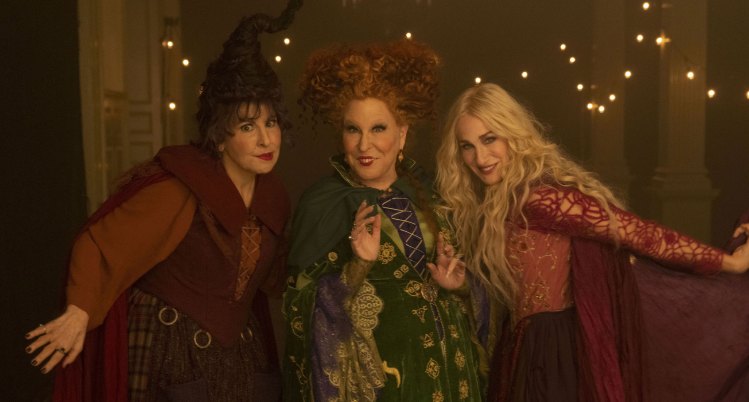 PureWow Rating: 4 out of 5 stars

Hocus Pocus 2 will please fans of the original, as well as any newcomers who may have recently discovered the ’90s hit. And while it may tread the same ground as the first installment, it provides enough laughs to keep viewers entertained, thanks to its winning leading ladies and a few surprises along the way.