Fans have been waiting over a year for Bridgerton season 2 to hit Netflix. The new episodes are completely different than their predecessors, focusing on Anthony Bridgerton—not Daphne. And while the viscount’s journey to find love is far from predictable, it’s riddled with lessons of what not to do when courting a future wife.

This doesn’t mean that the story line isn’t interesting—because Anthony’s love triangle will likely keep your attention until the very end. However, Bridgerton season two highlights several red flags that were overlooked in season one. It seems the extravagant costumes and whimsical music disguised the harsh realities of Regency Era dating. But now that the awe-factor has worn off, they’re on full display. 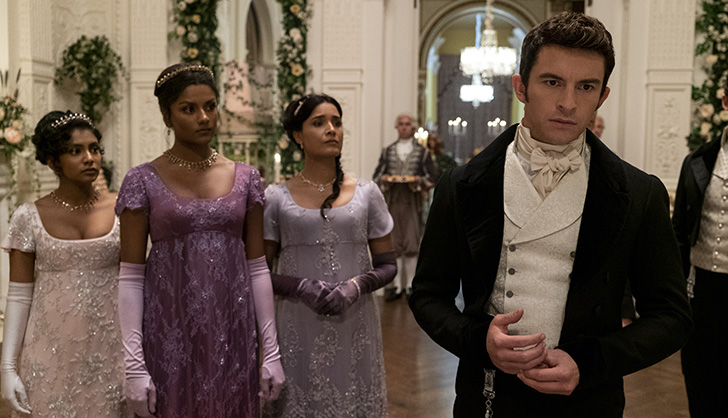 Bridgerton season two focuses on Anthony (Jonathan Bailey), who’s finally ready to settle down after years of casual flings. It doesn’t take long for him to pursue Edwina (Charithra Chandran), who is named Queen Charlotte’s (Golda Rosheuvel) “diamond.” FYI, it’s an honorary title given out every year to the girl who makes the best first impression.

When Anthony goes public with his choice, he learns that Edwina is related to Kate (Simone Ashley). As it turns out, Anthony met Kate before courting season began. And while their meet-cute was brief (and slightly hostile), he can’t stop thinking about her. The question is: Can they escape the love triangle they unknowingly created?

Well, you can watch Bridgerton season two to find out for yourself. But until then, let’s discuss all the reasons we don’t envy Edwina, Kate and the other females in Bridgerton. Because based on the new episodes, it’s clear their lives are defined by who they marry—not what they achieve. 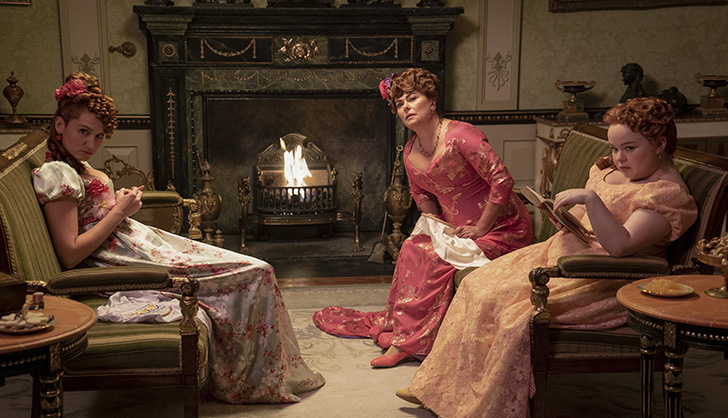 The biggest issue is there’s an unnecessary urgency to couple up to the point where it resembles The Bachelor…and not in a good way. Anthony is expected to choose a woman after only one night, where he spends about five minutes with each lady (who has little-to-no say in her own future). Then, after one or two dates, he’s urged to propose—ready or not. And the wedding? Let’s plan it ASAP, so no one has time to change their mind. Sounds foolproof, right?

Next, people’s opinions are often overlooked. It doesn’t matter if Anthony is in love with Kate, who also has feelings for him. Edwina is the diamond, and that’s who Anthony should end up with. If Anthony goes rogue, it reflects poorly on his family and Queen Charlotte. And who wants that?

Status is also valued above all else. Eloise can crush on Theo all she wants, but he’s not from a respected family and, therefore, isn’t suitable to date. The Bridgertons would much rather Eloise marry someone she’ll despise the rest of her life, versus date someone who’s unable to provide any social or monetary value.

In another scene, Cousin Jack is found alone with Prudence. He’s immediately encouraged to propose to her, because if he doesn’t, her reputation will forever be tainted. Of course, these rules don’t apply to Jack, who could easily walk away with nothing more than a slap on the wrist.

Oh, and don’t even get us started on Penelope (or “Pen”), who isn’t recognized by men simply because she’s not the prettiest or youngest option. If only people knew about her extracurricular activities as Lady Whistledown, who—by the way—also believes the queen’s ways are outdated.

One could argue that this is how things were in the 19th-century. But if Netflix is willing to ﻿(thankfully) challenge stereotypes with more diverse casting, perhaps the streaming service should also implement a few more positive themes, regardless of historical accuracy.

If this rating was solely based on entertainment value, Bridgerton season 2 would receive five stars. But since the red flags are hard to ignore, it’ll have to settle for four.