Fans may not get to see the Duke of Hastings return in season two of Netflix’s Bridgerton (*cue the collective sigh*), but on the bright side, fans can expect to see quite a few twists and turns that'll make even Lady Whistledown gasp.

For those who missed it, the streaming service confirmed in January that Bridgerton (based on Julia Quinn's book series of the same name) is being renewed for a second season. While there is no release date yet, the streaming platform already teased that the new episodes will closely follow the events of book two, The Viscount Who Loved Me, which delves a bit deeper into the life of Daphne’s (Phoebe Dynevor) older brother, Anthony Bridgerton (Jonathan Bailey). Fans can also expect to see five new characters, including Simone Ashley, who will star as Anthony’s love interest.

So naturally, people are already brimming with new theories and predictions for how season two will play out. In fact, even Dynevor revealed to HarpersBAZAAR that she wants to “see Daphne get involved in Anthony's love life, since he was so involved in hers.” But what do the viewers think? See below for some of the biggest fan theories about Bridgerton season two.

Everything We Know So Far About ‘Bridgerton’ Season 2 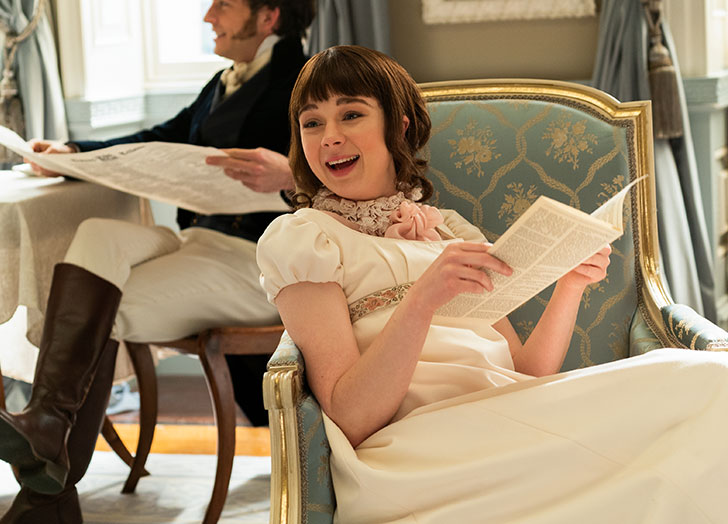 1. Eloise Is Queer (and She’ll Have A Love Interest)

In the book series, Eloise (Claudia Jessie) is actually straight, but that’s not stopping fans from predicting a new twist when it comes to her love life. Given that she has absolutely no interest in entering the marriage market, this theory could come to fruition.

Quite a few fans on Reddit seem to be on board. In fact, one viewer referred to a scene from season one as proof, where Eloise appeared to be “eyeing some of the female servants.” Also, fans have already got a possible love interest in mind. The Redditor wrote, “I have read some fan theories that TV show Eloise could end up with Marina.”

Given that so many fans have already spoken out against the lack of gay representation on the show, it's possible that writers will switch up Eloise's storyline. 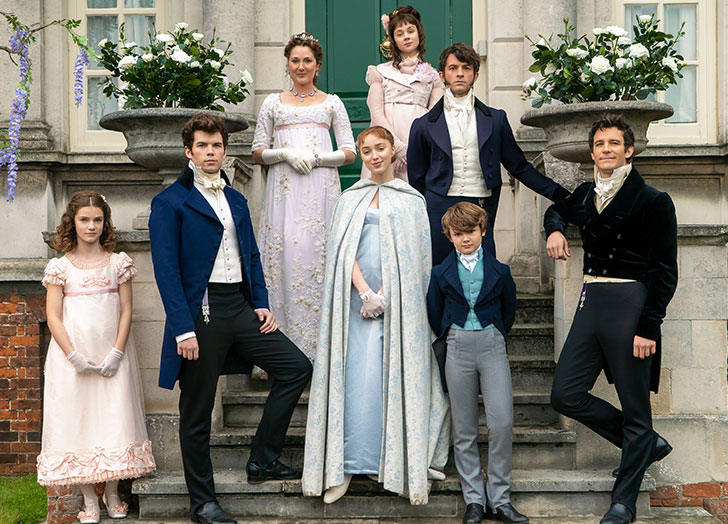 According to the third book, An Offer From a Gentleman, Benedict (Luke Thompson) falls in love with a woman named Sophie Beckett after meeting her at a masked ball. Still, a lot of fans are predicting that Benedict's character will deviate from the original story, where he either turns out to be gay or experiments with bisexuality before meeting Sophie.

One Redditor said, "﻿﻿Please let Benedict turn out to be gay/bisexual! It would enlarge the diversity and inclusiveness this show already tries to have even more."

The user continued, “BECAUSE of this story taking place in this period in time, which was really hard for gay people, I think it would make an excellent setting for an emotional and beautiful gay romance storyline. And I would love it if that would be between two men.” 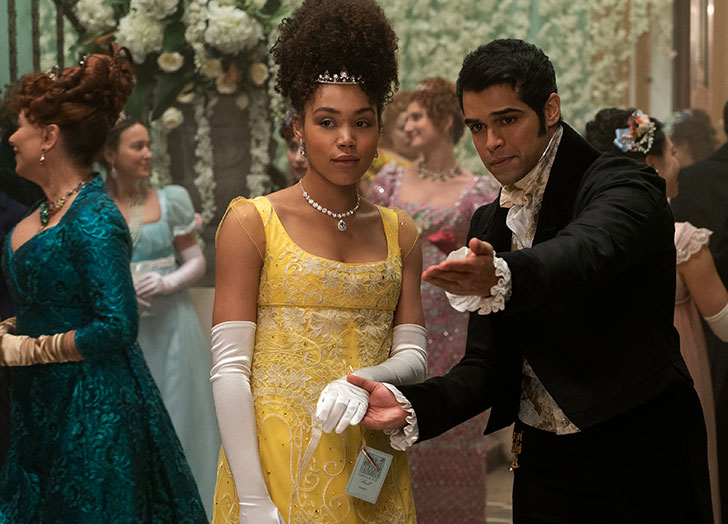 3. Marina Thompson's Father Will Be The Featherington Heir

As you may recall, season one of Bridgerton concluded with huge teaser of a Featherington heir, and since this part isn't included in the books, the fan predictions have been pouring in. One of the most popular contenders? Marina Thompson's father. And it definitely makes sense, since Baron Featherington (Ben Miller) owes him so much money.

One fan tweeted, "Someone posed the idea that Marina Thompson’s dad and/or baby might end up becoming the conservator/heir to the Featherington estate as the surviving male relatives. That would be interesting to watch." 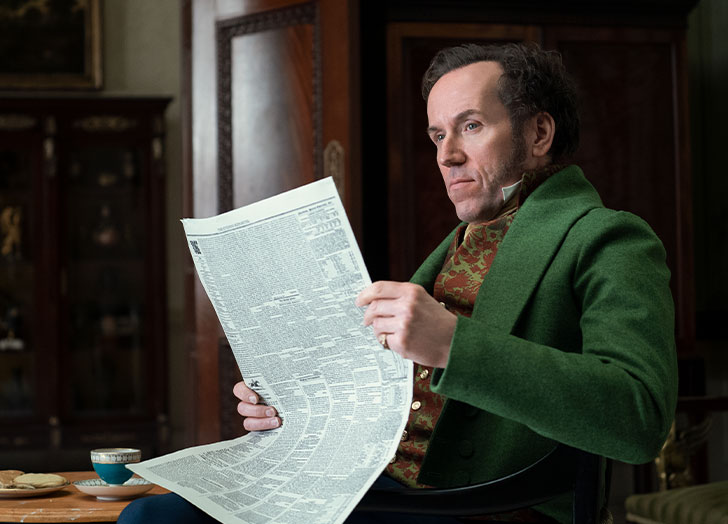 4. Or Maybe Will Mondrich Will Inherit The Estate...

Remember, the up-and-coming boxer intentionally threw his match in exchange for a pretty hefty sum of money. And while this theory is definitely a stretch, perhaps there's even more to his reward than a cut of Baron's winnings.

One fan tweeted, "Will Mondrich and his wife are gonna take over the Featherington house. They have the cash." 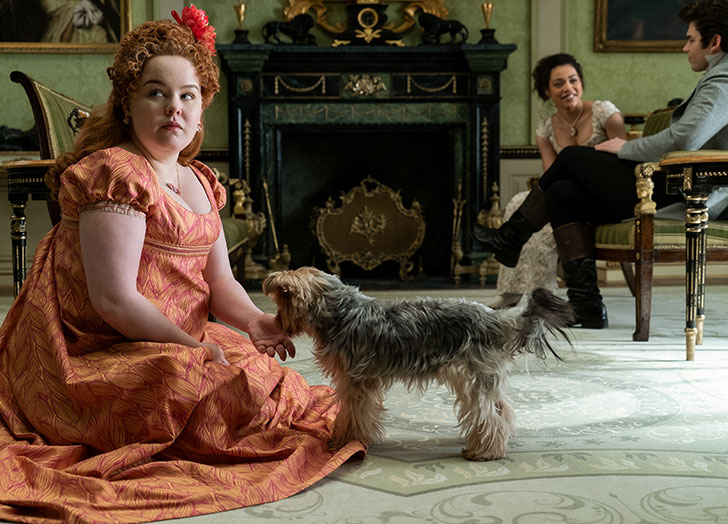 5. Colin And Penelope Will End Up Together Even Sooner Than Fans Think

If you've read the books, then you already know that Colin (Luke Newton) and Penelope (Nicola Coughlan) don't get together until book four, Romancing Mister Bridgerton. But according to this fan, Netflix will most likely speed up that process.

On Reddit, they explained, "The more I think about it, the more I just can’t see them dragging out the romances for Anthony, Benedict, Colin, etc etc throughout season after season. It doesn’t seem like their MO to make all these different seasons of a show, even if it is an extremely popular show."

"My theory is that the whole plot line of the Baron Featherington losing all the family’s money and dying, thus introducing the new Baron, is all a plot device to speed up the story," they continued. "Colin and Penelope already seem to have made a bit of progress in the first season, and I could definitely see...Penelope being married off [to] speed up the process of him falling for her." 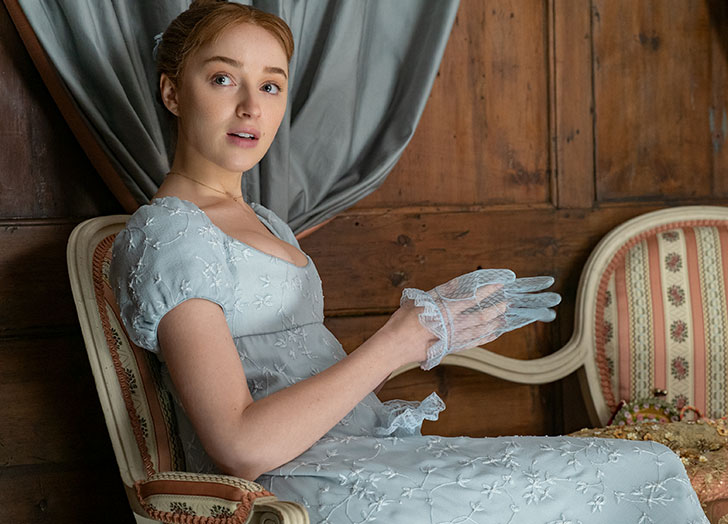 In the same letter that announced the news about Regé-Jean Page, Lady Whistledown also mentioned that Daphne (Phoebe Dynevor) will "remain a devoted wife and sister, helping her brother navigate the upcoming social season and what it has to offer." What does this mean for her baby?

One fan, Tara Bitran wrote in The Dipp, “It's curious that Lady Whistledown's latest only describes Daphne as a ‘wife and sister’ rather than ‘new mother,’ since the final moments of her story in season one welcome the arrival of her and Simon's newborn child. So when she comes to visit Anthony and the Bridgerton brood, will she be leaving her child back at Clyvedon with a wet nurse? Will Lady Danbury step in to help with grandmother-ing duties in honor of her friendship with Simon's late mother?” 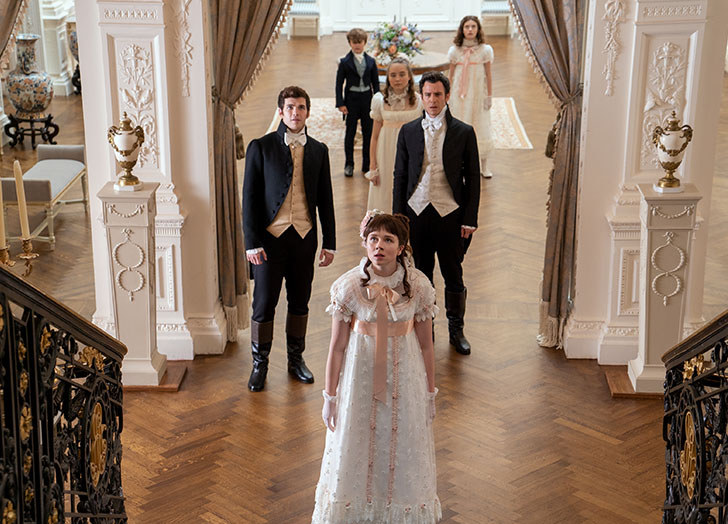 Since Francesca (Ruby Stokes) doesn't interact much with the family, fans unfortunately didn't see much of her in season one. Could this mean that season two will offer a new storyline that centers on Francesca? Some fans certainly think so.

"I want to see more of Francesca in season 2," one Reddit user said. "Maybe they could make Eloise and Francesca debut at the same time? It makes sense since they’re only a year apart and Eloise was held back a year. They could show us how different these two sisters are approaching their debut. I can imagine Eloise pushing all her suitors to Francesca lol."

One commenter responded, "I'm curious about Francesca too, I find her interesting—maybe because we know so little about her." 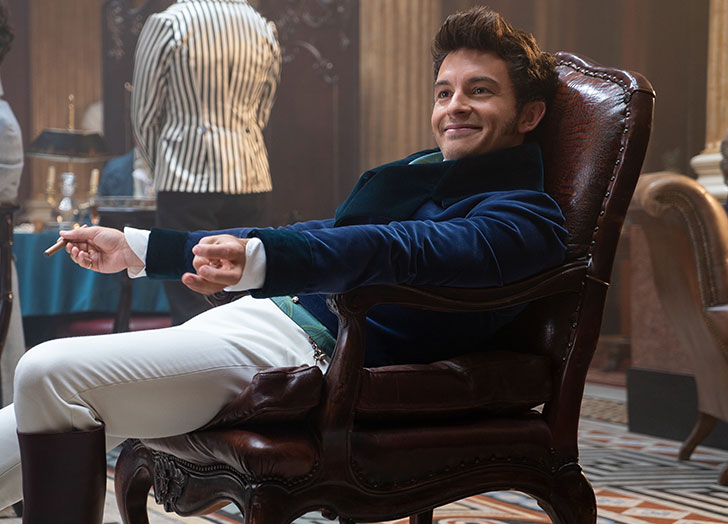 8. We'll Also Be Seeing More Of Edwina, Compared To The Books

If you've read book two, then you already know that Anthony (Jonathan Bailey) initially sets his sights on the young Edwina Sheffield (Charithra Chandran). But of course, things get rather complicated because of her older sister, Kate (Simone Ashley). Season two, however, could actually explore a budding romance with one of her suitors.

A fan tweeted, "Minor prediction: For Season 2 of Bridgerton, we're getting more of Edwina and her suitor Mr. Bagwell. Give him a first name and make it a little more 'He's the one I love most but I worry about my family so I'll take a decent rich guy over him' early on." 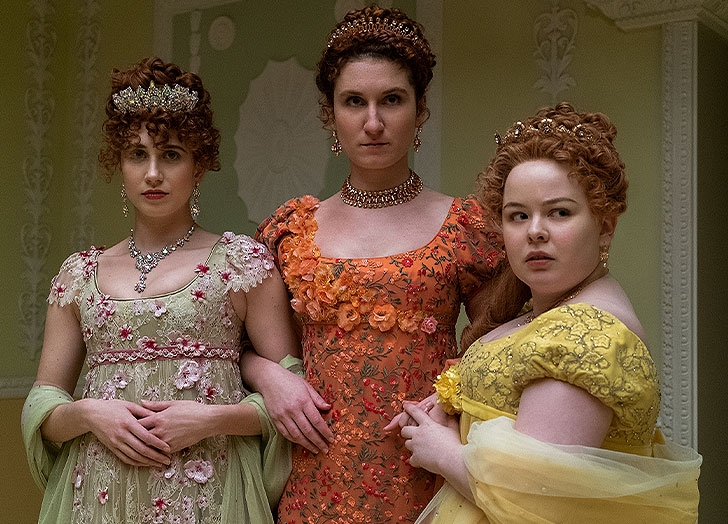 9. Lady Whistledown Most Likely Had An Accomplice—and That Person Might Be Revealed In Season 2

Although Lady Whistledown's identity has already been revealed, it still doesn't solve the mystery of how she got away with it. In The Dipp, Olivia Truffaut-Wong wrote, "As a young lady with no money of her own, how does she finance printing and distributing the scandal sheet? (Remember, only the first scandal sheet was given out for free, the rest appeared to require payment.) And how does she know so much dirt?"

She continued, "In the books, it's revealed that Lady Whistledown got her start thanks to Lord Featherington's lawyer, who happened to see some of Penelope's writing laying around and encouraged her to publish it. So, she wasn't doing it alone."

Will season two confirm that Penelope had a secret accomplice?

Looks like fans will have to wait and see...