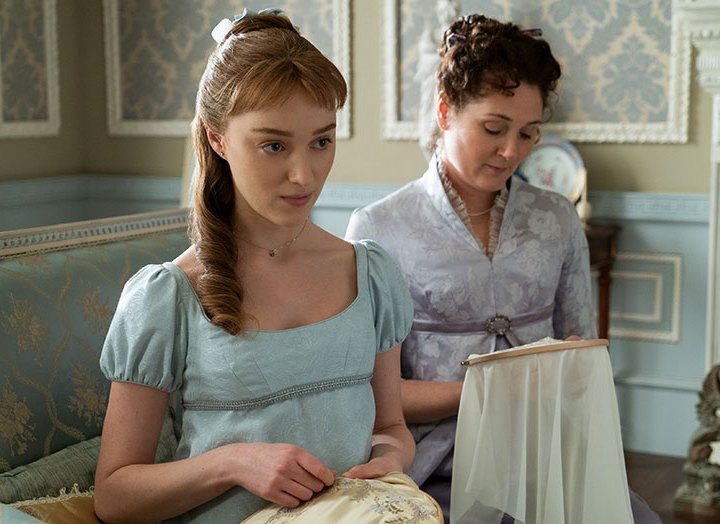 Bridgerton star Phoebe Dynevor has quite a lot to say about those season two rumors.

In an interview with Deadline, the actress, who plays Daphne Bridgerton, revealed that she's just as clueless as fans when it comes to a possible season renewal. However, she has a strong feeling that the plot would closely mirror the original books by Julia Quinn. She said, “I genuinely have no idea what they’re going to do with the second season, but I imagine if they’re following the books, then it would be Anthony’s journey. I’m sure Daphne will end up getting involved. But yeah, I do wonder what it looks like. I’m excited to find out.”

The British actress also revealed that while she's all for doing a second season, she's concerned about the filming process due to safety protocols and the current pandemic. She explained, “I can’t imagine how it would be possible to film under these circumstances. There are so many extras and so many crew members, and it’s a very intimate show. It just baffles me how we would film it under Covid rules unless there was a vaccine beforehand.”

Fortunately for Dynevor and her co-star, Regé-Jean Page, filming for the first season of Bridgerton was completed just days before the onset of the coronavirus pandemic. The two actually worked with an intimacy coordinator for over six weeks to build chemistry and film their steamy love scenes, which, according to Dynevor, is something that couldn't have been accomplished while wearing masks.

In fact, when the actress recently worked on TV Land's Younger, she detailed how awkward it was to wear masks on the set. “When I was filming, it was masks on in rehearsals,” Dynevor said. “So you don’t take them off until you say action. Or at least we didn’t. It was a really strange experience. I didn’t see my character’s new boyfriend’s face until we were filming a scene together, which was really bizarre.”

Assuming that season two is in the process of being green-lit, it's been predicted that the series could begin filming as soon as March. However, considering the pandemic and the fact that Bridgerton is filled with so many intimate sex scenes, it's more likely that production will be delayed.

For now, we'll be keeping our eyes peeled for more details.