TV does lots of things. It makes us laugh, cry and zone-out. But one of the most powerful things watching TV can do is make its viewers feel represented. When we see people that look like us on the screen, the impact can be huge—think of a young child watching a character who looks like them become a doctor and how that might change how they perceive themselves. And yet, representation isn’t quite there yet. Take the Latinx community. It makes up about 18 percent of the U.S. population, but there’s still a lack of media representation (with Latinx actors making up 4.9 percent of speaking roles in films alone). Despite the low numbers, Latinx-led shows have been making waves, highlighting different stories and voices (and not just the stereotypical roles we’re used to seeing) across popular streaming services like Netflix, Hulu and Disney+. From Jane the Virgin to Ugly Betty, here are 20 best Latinx shows you need to check out.

8 Spanish TV Shows You Can Watch this Second 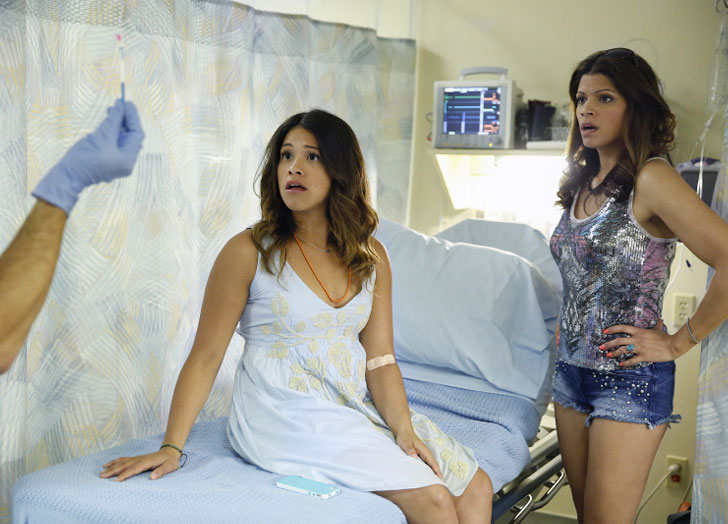 OK, what would you do if you were accidentally artificially inseminated and became pregnant with your gyno’s brother slash old crush’s baby? Oh, and you happen to still be a virgin when this happened. Yup, expect these unpredictable twists and turns in this modern take on a telenovela starring Golden Globe winner Gina Rodriguez. 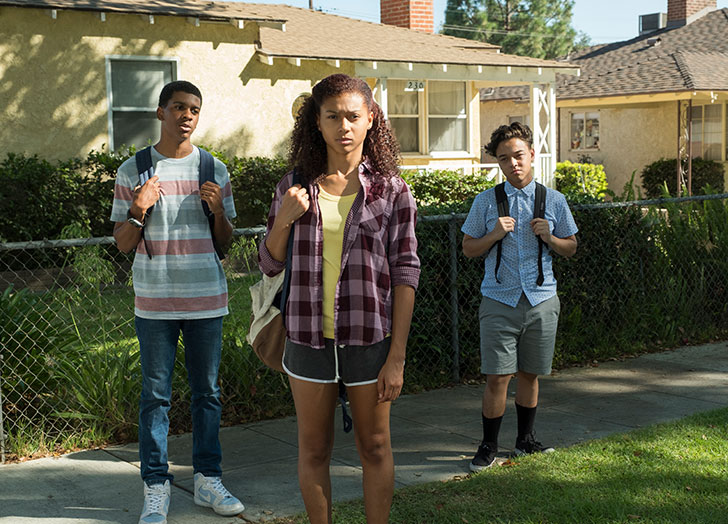 Four teens try to navigate through their first year of high school while dealing with new relationships, gangs and a hidden treasure scheme that may or may not be a myth in the fictional city of Freeridge. 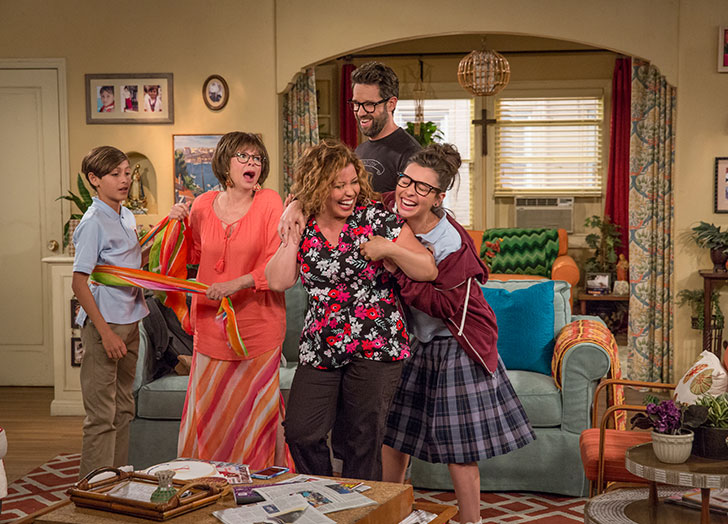 Based on the 1975’s sitcom of the same name, this series follows the Alvarez family as they tackle issues like mental illness, racism and immigration. You’ll be laughing along one second (especially when the Rita Moreno shows up) and then bawling your eyes out the next, so you might want to have a tissue nearby. 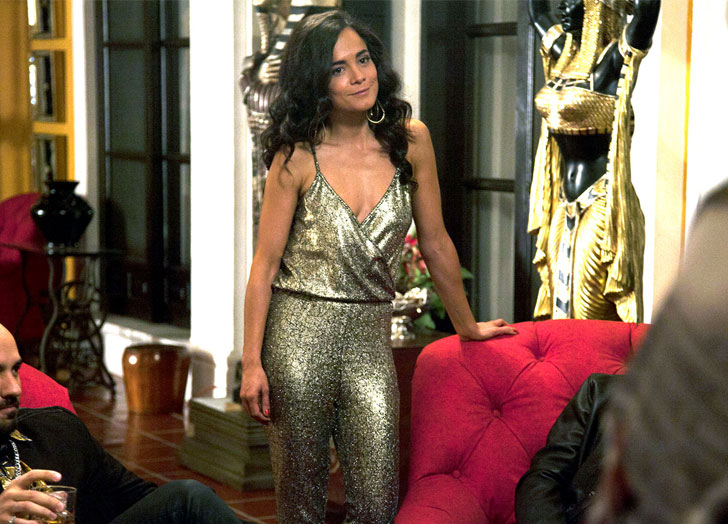 The American-version of telenovela, La Reina del Sur, this crime drama follows Teresa Mendoza as she flees to the U.S. from Mexico and works to take down the drug trafficking ring that has her on the run in the first place. 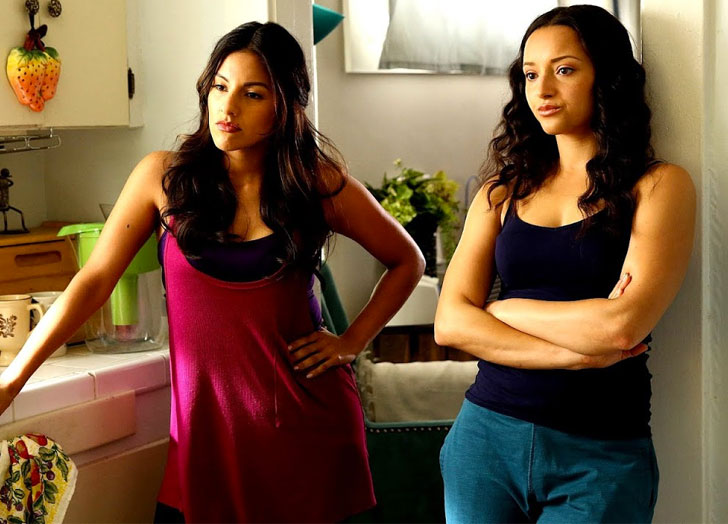 You always need one teen show on your watchlist. When high school is involved, be prepared for all the struggles of being a teen (aka friendships, first love and a whole lot of drama in-between). 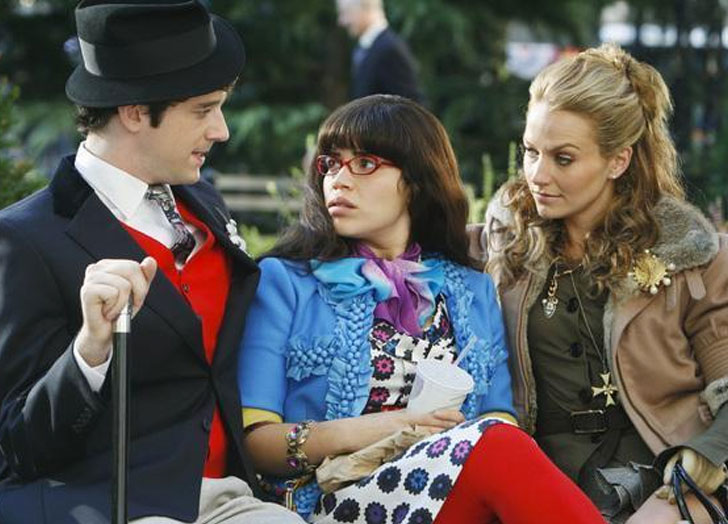 Before Superstore, America Ferrera was hitting the fashion world. Inspired by telenovela Yo Soy Betty, la fea, it’s all about not judging a book by its cover. To some Betty might not be the “average” fashionista, but don’t let her looks fool you as she makes a name for herself. 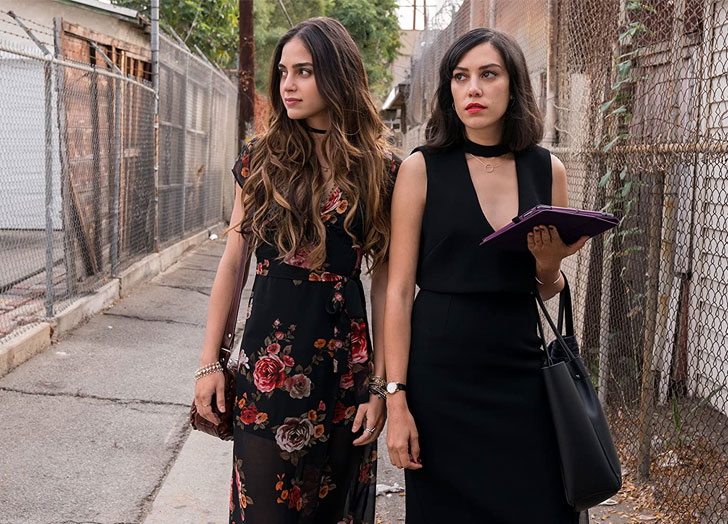 Two sisters are forced to come together and return to their hometown after a death in the family. They go on a journey to learn more about themselves, their broken relationship with each other and if they actually knew their mother at all. 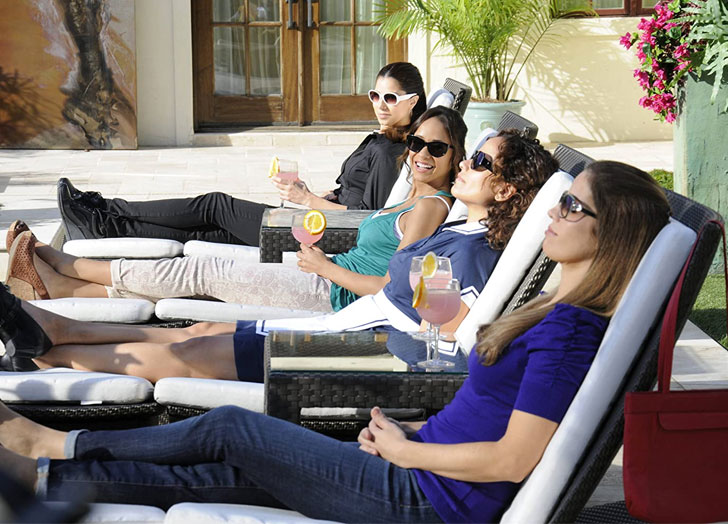 Watch as four maids (starring Ana Ortiz, Dania Ramirez, Roselyn Sanchez and Judy Reyes) learn the ins and outs of the wealthy. A comedy-drama that has a good mix of laughs and over-the-top mysteries you’ll just have to binge to find out. 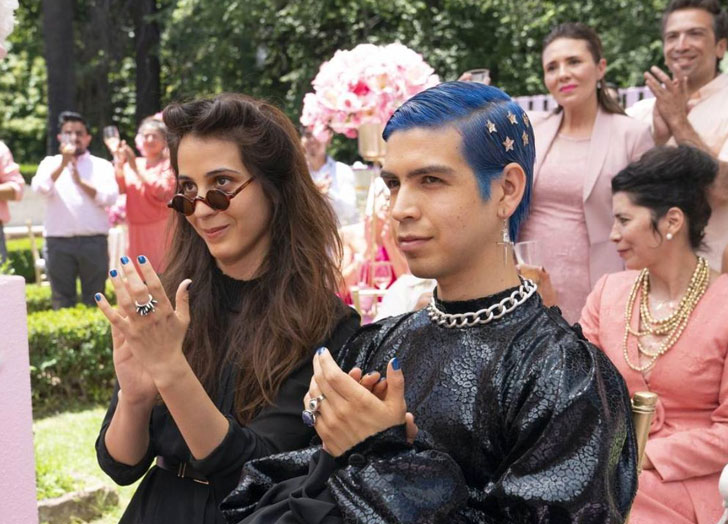 It’s important to emphasize that this show is mostly told in Spanish (so English subtitles are your friend with this one), but don’t let the language barrier stop you from indulging in this high-brow comedy about a group of friends whose business is horror and gore. 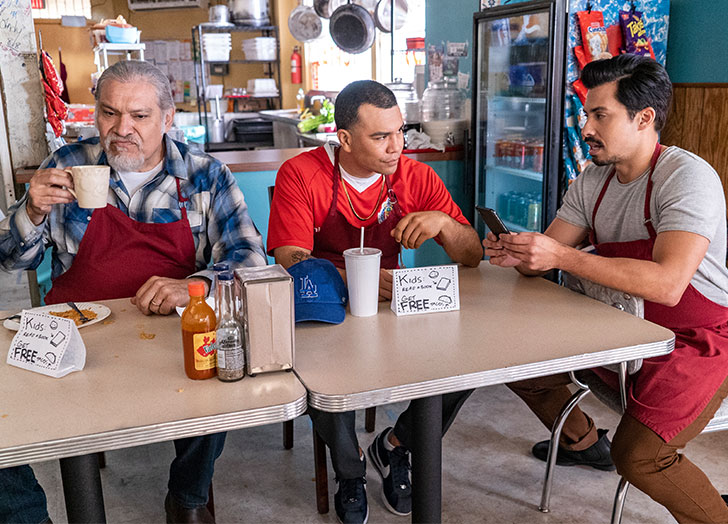 One of the most pressing issues in America—gentrification—is played out in this Netflix original series. Three cousins struggle between following their dreams and not feeling like a sellout in the very neighborhood that’s seeing a shift in culture dynamics. 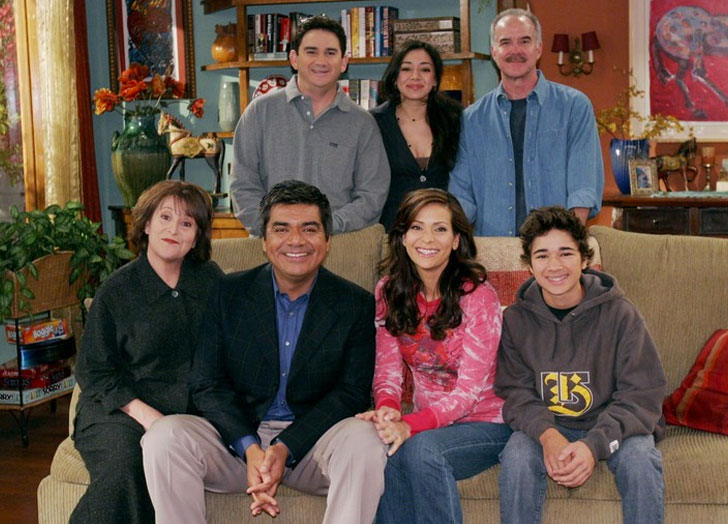 The sitcom follows George Lopez (played by the comedian himself) as he balances working at an aviation factory and home life with his family (including constantly budding heads with his mother). Plus, the theme song alone can bring back some nostalgia. 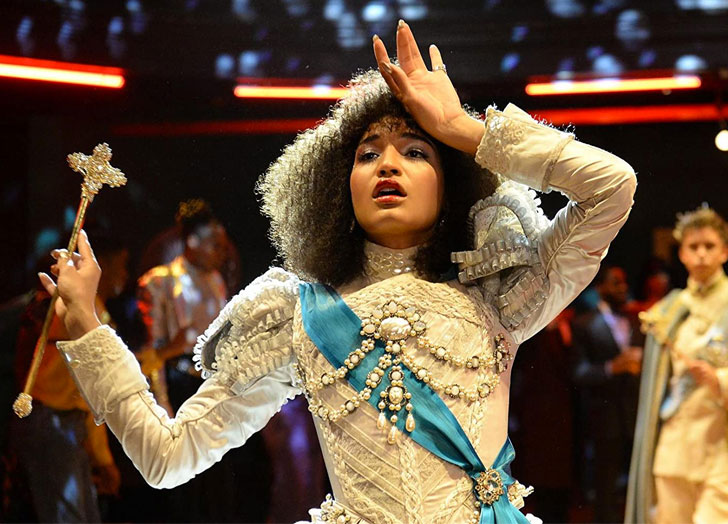 Dive into the ballroom culture in New York City during the rise of the AIDS pandemic. One of the most inclusive shows on television (with a mostly Black and Latinx cast), learn about ball culture and LGBTQIA+ stories by stars like Mj Rodriguez, Indya Moore and Billy Porter. 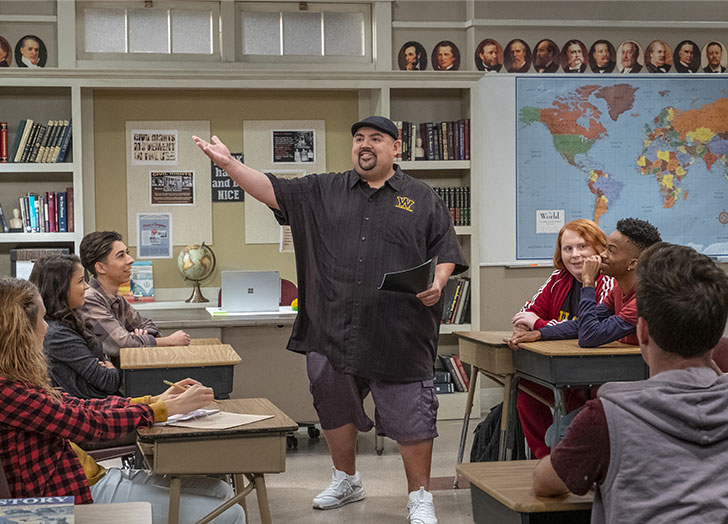 A high school teacher (played by comedian Gabriel Iglesias) strives to help his students when others have given up. Get ready for some interesting teachers, surprising guest stars and running gags. 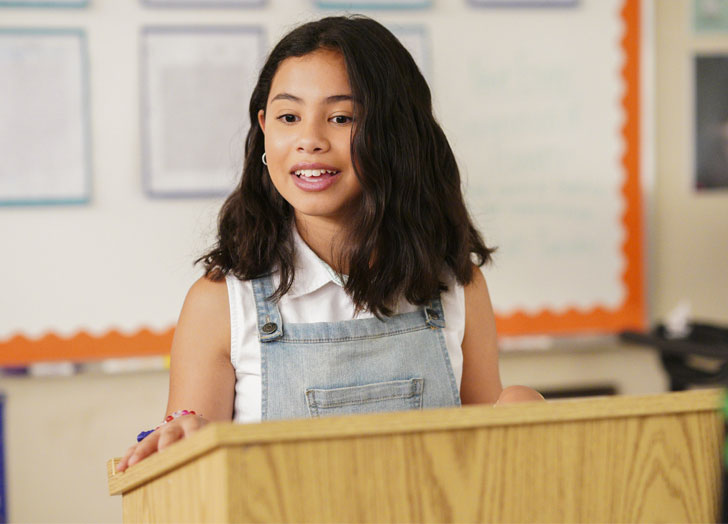 A Disney+ original that centers around Elena and her dream to become president of the United States (no biggie). Each episode is narrated by the 12-year-old as she leads us through her life (you know family, friends and preparing for her future career of course). If you have a kiddo, this comedy can inspire the next generation to follow their dreams no matter what. 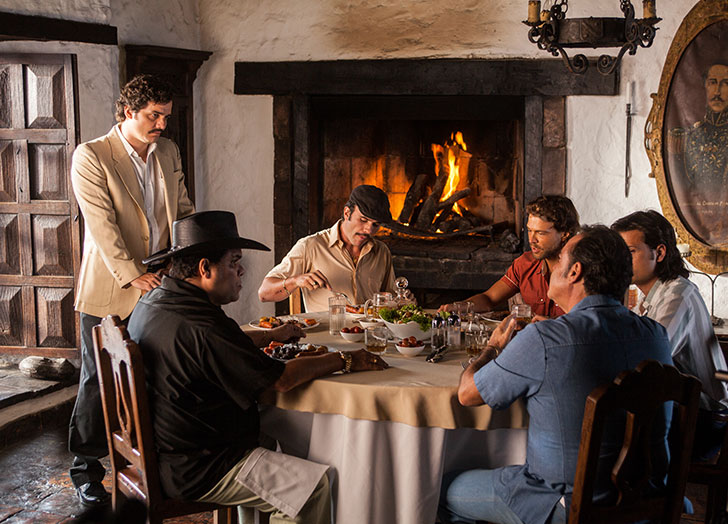 A crime drama centered around Colombia’s most powerful drug kingpins like Pablo Escobar. It’s filled with everything you need in a thrilling drama—violence, politics and unexpected turns (unless you’re a history buff). Plus, once you’re done with this series, check out the spinoff Narcos: Mexico. 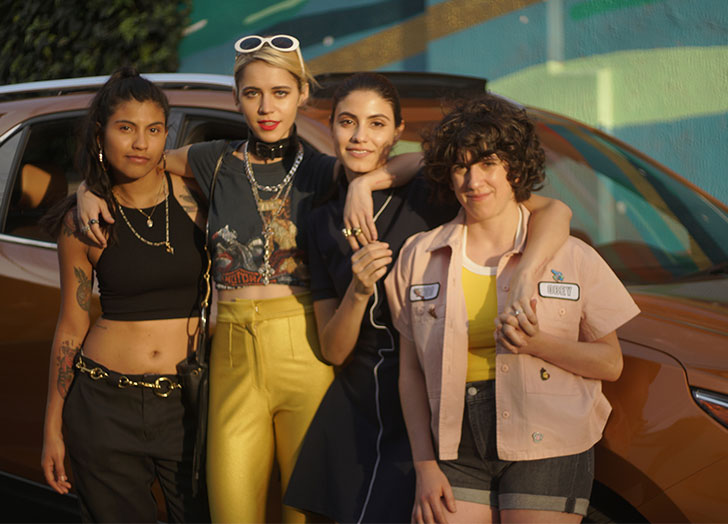 Three friends, one road trip and a complete stranger tagging along, what can possibly go wrong? This Mexican comedy-drama is seven episodes of self-discovery (and leaves us at the edge of our couch). 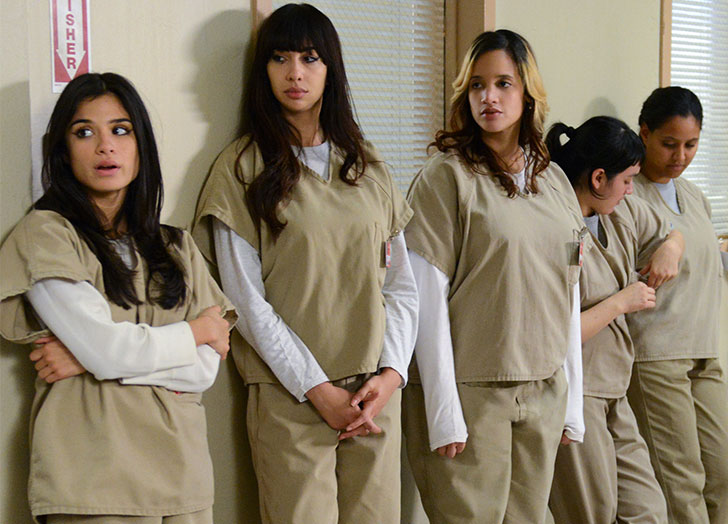 Based on the memoir of the same name, follow Piper Chapman, an upper-class white woman who’s sentenced to a federal prison. The main focus may be on Chapman, but it’s the other women we meet that has us invested in every episode. The cast lineup is pretty big, so make sure to keep an eye out for Latinx stars like Dascha Polanco, Diane Guerrero and Jackie Cruz, to name a few. 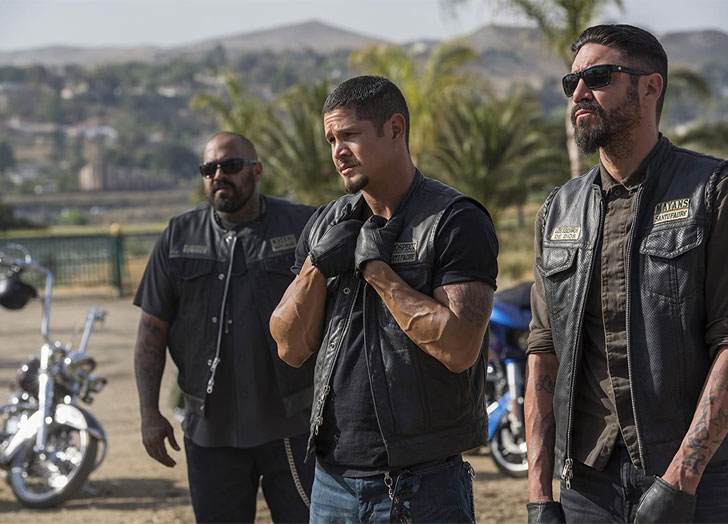 The drama series centers around Ezekiel “EZ” Reyes and his pursuit to make a new life for himself after prison. A spin-off to Sons of Anarchy, Reyes is ready to join the infamous motorcycle club and seek revenge for his mother’s death. 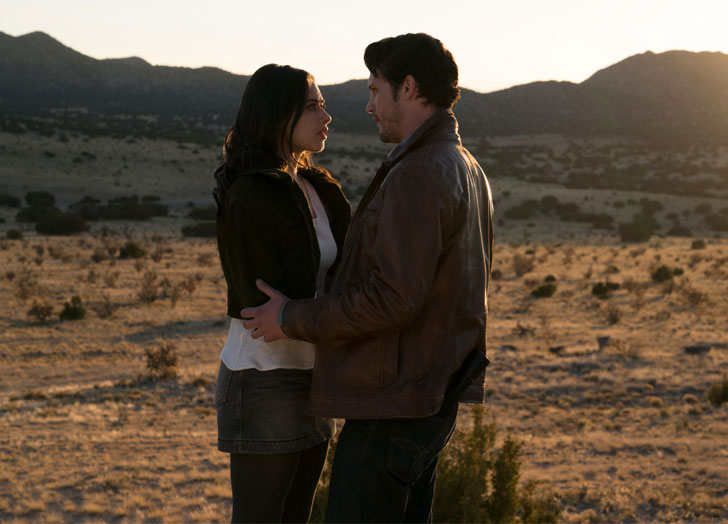 After Liz Ortecho returns to her hometown—Roswell, New Mexico—she falls in love with an alien and vows to keep his identity a secret. Yup, it’s the supernatural love story you didn’t know you needed. 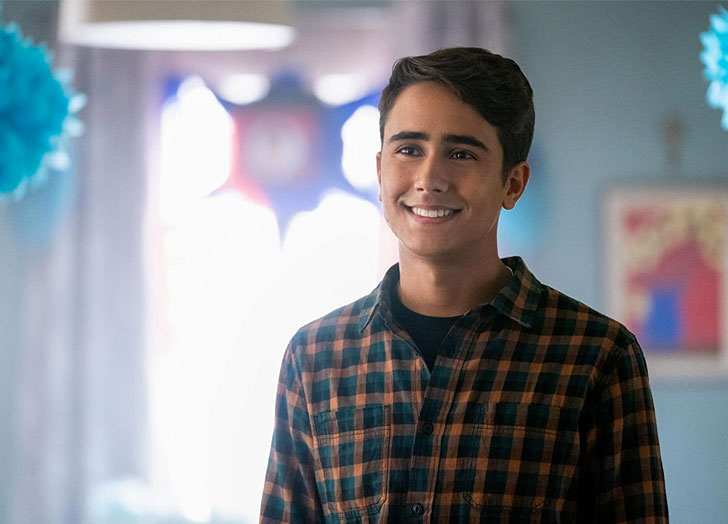 Inspired by the 2018 film Love, Simon, Victor is learning how to adjust to a new city, navigate his new school and explore his sexual orientation.

50 Binge-Worthy TV Shows & Where to Watch Them