A Christmas Story has become such a cult classic among holiday movie aficionados that they would probably triple dog dare you to watch it if you had never seen it. The wintertime staple is so beloved that every year since 2004, TBS has aired it for 24 hours straight on Christmas Eve (yes, 24 hours straight), and if you're like my family, then there's always at least three viewings each year (and the jokes somehow never get old).

Now, the movie is getting the sequel treatment with A Christmas Story Christmas, which is now available to stream on HBO Max. The sequel follows Ralphie (played by the original actor, Peter Billingsley) 30 years after the events of the ’83 film, as he tries to make the perfect Christmas for his own family, all the while grappling with the loss of someone he held very dear.

While A Christmas Story Christmas is fittingly cozy for the holiday season, it also acts as a love letter to longtime fans. 39 years after A Christmas Story was released, we're finally back with Ralphie, so I decided to round up the 6 moments from the sequel that I think will most please fans of the ’83 holiday classic. 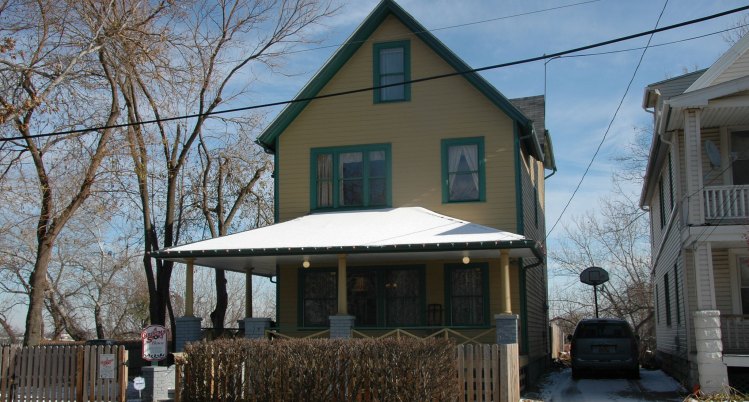 1. The Parker Family House Is Still the Epitome of Mid-20th Century Interior Design

Viewers will immediately feel like they've been transported to the mid-1900s, because when Ralphie brings his family to his mother's house in A Christmas Story Christmas, the abode has barely changed over the years, with everything intact from the yellow siding and teal window frames, to that brown-and-white checkered floor in the kitchen. Sure, while you would think that Ralphie's mom might have done *some* renovations in the last three decades, it's better to just enjoy the nostalgic setting. (And you can actually visit the real house in Cleveland, Ohio, but you better get your trips in because the landmark recently went up for sale.) 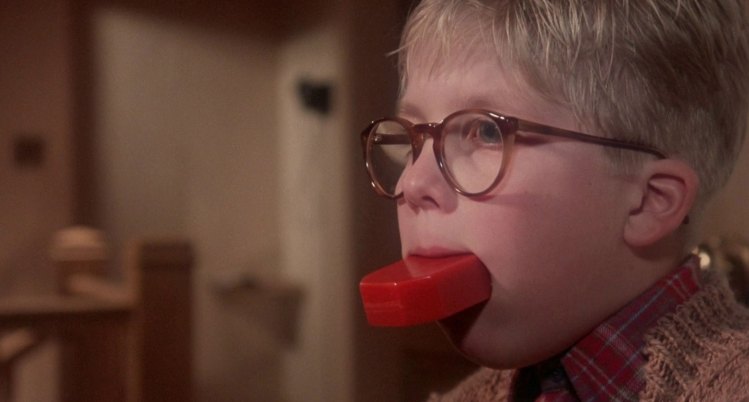 2. Ralphie Is Just as Much of a Dreamer (and Thank Goodness for That)

One of the highlights of the 1983 film is definitely young Ralphie's dramatic dream sequences, where he imagines everything from getting cheered on by his classmates for writing a perfect essay to going blind because his parents put a bar of soap in his mouth. But even though Ralphie has gotten older in A Christmas Story Christmas, I was pleased to see he hasn't lost his imagination. As a father, the protagonist maintains his elaborate fantasies, whether he's imagining that his working novel wins a Pulitzer Prize, or he sees himself putting together the perfect Christmas for his family à la A Christmas Carol. 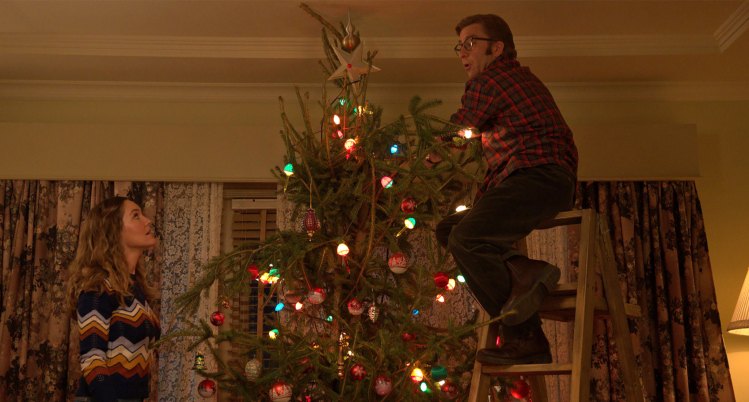 For many, A Christmas Story has remained such a cultural touchstone because it feels like an authentic slice of Midwestern history. In the ’83 film, Ralphie's narration references everything from his father's love of the Chicago Bears to the Indy 500. Luckily, A Christmas Story Christmas features just as many references that will resonate with its viewers from Middle America, in moments like when Ralphie notes “the fabled casserole appears in times of need” or when he cracks an egg into his car's radiator, and calls it a “Midwestern soufflé.” 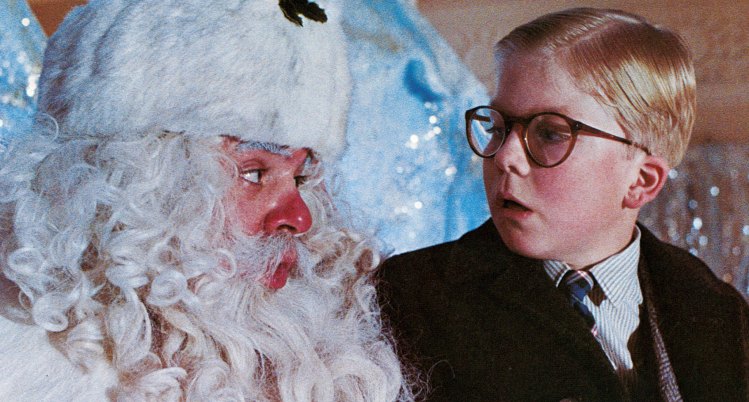 4. Santa Claus Has Still Got His Slide (But He’s Far Less Terrifying)

While there's very little I would change about A Christmas Story, one of the oddest scenes is easily when Ralphie goes to see Santa at the mall, and at the moment he finally gets to chat with Good Ol' St. Nick, he's met with an unsettling, ruddy-faced grump who ends up kicking him down the slide. Fortunately, A Christmas Story Christmas remedies this creepier moment by making Kris Kringle much more pleasant as we see him talk with Ralphie's children. And to make it even better, Ralphie references his unfortunate experience of the past, jokingly saying to his kids, “Don't let [Santa] kick you in the face!” 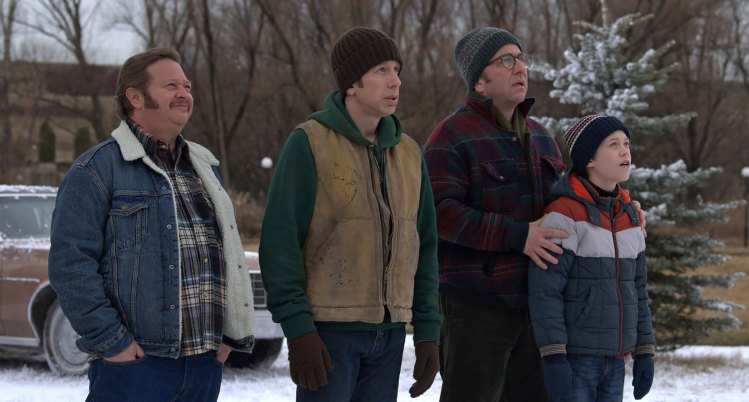 5. Many of the ‘A Christmas Story’ Cast Members Make Their Glorious Return

It's such a treat to see Billingsley return in the role of Ralphie nearly 40 years later, but he isn't the only actor who reprises his role. We also get the reappearance of Ralphie's childhood friends, Flick (Scott Schwartz) and Schwartz (R. D. Robb), as well as his former bully, Scott “Scut” Farkus (Zack Ward). And although Darren McGavin, who played Ralphie's father, sadly passed away in 2006, the film acts as a beautiful tribute to his character. Meanwhile, Melinda Dillon (aka Mrs. Parker) retired from acting in 2007, but Julie Hagerty takes on the part and does a terrific job. 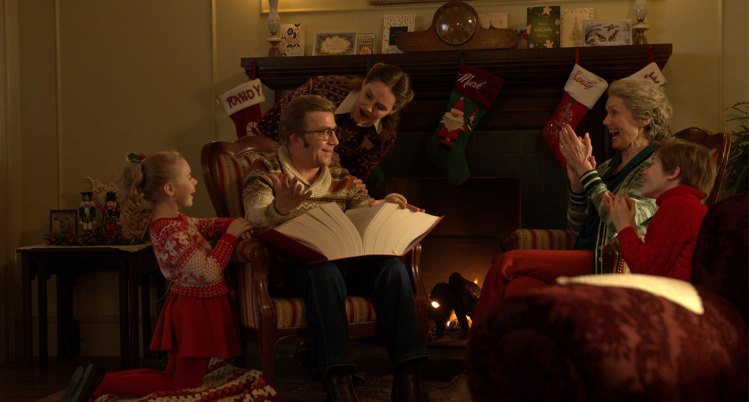 6. ‘A Christmas Story Christmas’ Ties Back to the Original in a Clever Way

A Christmas Story's humor is due in big part to its narration, which is provided by adult Ralphie as he looks back on the particularly memorable season from his childhood, using colorful vocabulary and comical descriptions to capture it. And while we never learn the specifics of how Ralphie comes to tell this story, A Christmas Story Christmas finally fills in that gap—it's a novel that adult Ralphie writes as a way to honor his “Old Man” after he passes. This way of tying the two stories together is clever, and it's a trick that was used in Greta Gerwig's Little Women back in 2019. For fans of the original, it provides a new lens through which to watch a holiday favorite, and it's a powerful way to round out Ralphie's tale.

Christina Applegate Truly Shines in ‘Dead to Me’ Season 3: ‘Better Than Ever’