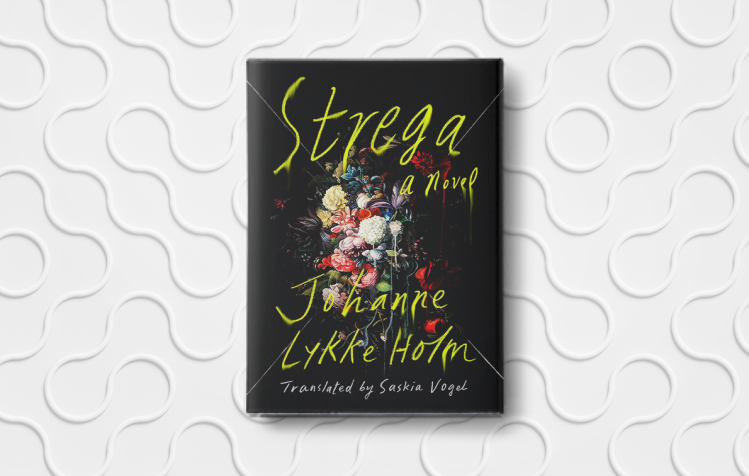 Early on in Strega, an eerie new novel by Johanne Lykke Holm, Rafaela, the 19-year-old protagonist, muses, “I knew a woman’s life could at any point be turned into a crime scene. I had yet to understand that I was already living inside the crime scene, that the crime scene was not the bed but the body, that the crime had already taken place.”

First published in Sweden in 2020 (and translated now to English by Saskia Vogel), Strega is a meditation on the violence inflicted on women— not only by men, but by society at large.

The novel opens with Rafaela, a wise, observant teenager who takes a seasonal job working as a maid at the Olympic Hotel in Strega, a fictional town in the mountains of Italy. Eight other girls around her age are there to do the same thing. Their three supervisors have set a strict work schedule, and are eager to dole out harsh punishments at the slightest deviation. Every day, the women make beds, prepare meals and polish silver. The strange thing is, guests never arrive.

Their days take on a hazy repetitiveness. The work is difficult and they’re held to the highest of standards, but why? The food is being thrown out at the end of the night and the beds are being remade without ever having been slept in. Even so, you get the sense that something is amiss, even though nothing is happening.

That is, until a party is thrown at the hotel to celebrate a local holiday. During the festivities, one of the nine maids, Cassie, goes missing. Her body is never found, but Rafaela and the others are certain that she’s been killed. Although, the more she investigates, the more it seems womenkind as a whole is in danger. “There was a murderer waiting for us all,” she muses.

Coming in at just under 200 pages, Strega is short in length, but not in richly descriptive, dream-like prose. In Holm’s words, Strega isn’t just a village in the mountains, “Strega was deep forests bathed in red light. Strega was girls plaiting each other’s hair just so. Girls who carried large stones through the mountains. Girls who bent their necks and stood that way…Strega was a night-light illuminating what was ugliest in the world. Strega was a murdered woman and her belongings. Her suitcase, her hair, her little boxes of licorice and chocolate.”

With shades of The Virgin Suicides, The Shining and Suspiria, Strega is a beautifully written yet uneasy reflection on the expectations we place on young women, as well as the deepness of female friendship despite the violence inherent to our world.

Quiz: What New Book Should You Read Right Now?