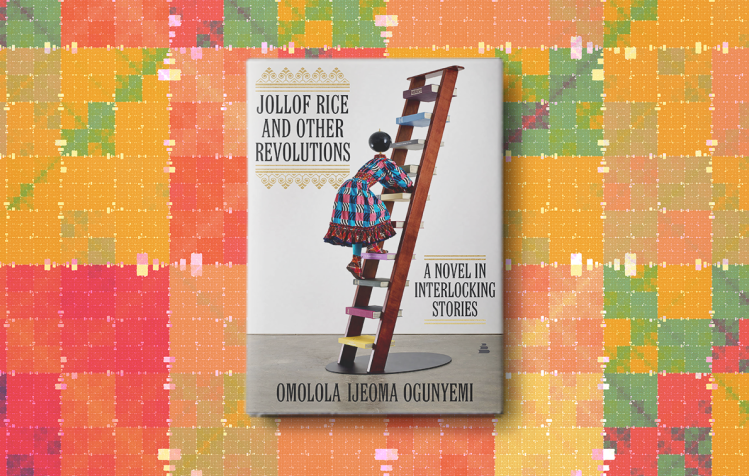 One could pretty easily argue that, over the past couple of years, few countries have produced as many exciting new authors as Nigeria—Oyinkan Braithwaite (My Sister, the Serial Killer), Ayọ̀bámi Adébáyọ̀ (Stay with Me) and Chibundu Onuzo (Sankofa) come to mind.

Joining their ranks is Omolola Ijeoma Ogunyemi, a writer (and professor of preventive and social medicine at Charles R. Drew University in California) whose debut novel-in-stories, Jollof Rice and Other Revolutions: A Novel in Interlocking Stories, was published this month.

Jumping from the late 1800s all the way up to 2050 and traversing Nigeria, the U.S. and Europe, its ten stories—a few of which have already been published—introduce Aisha, Nonso, Remi and Solape, four girls who meet at boarding school in Nigeria in the ‘80s. They’re smart, fiercely independent and fearless, their friendship forged, we learn in the title story, after a student-led rebellion against an overzealous principal hellbent on firing beloved teachers ends in tragedy.

Leaving school and adolescence behind, they grapple with the possibilities and limitations of adulthood and the uncertainties of the world within and outside their home country. Over decades, they guide each other through professional successes (Harvard-educated Nonso becomes a high-powered investment banker in New York), marriages and divorces (Aisha finds the love of her life after ending her marriage to a Polish immigrant), parenthood (Remi and her husband raise twin boys) and loss. Throughout, Ogunyemi touches on police violence, the changing political cultures in both Nigeria and America, xenophobia and a wealth of ripped-from-the-headlines issues. By the last story, set 30 years in the future, she paints a grim-yet-plausible picture of where America—and its broken healthcare system—could be headed.

Could each of these stories stand on its own? Easily. But together, they create a cohesive celebration of friendship, the power of community and the Nigerian diaspora through a compelling group of friends.