A Woman Confronts Her Complicity in a #MeToo Scandal 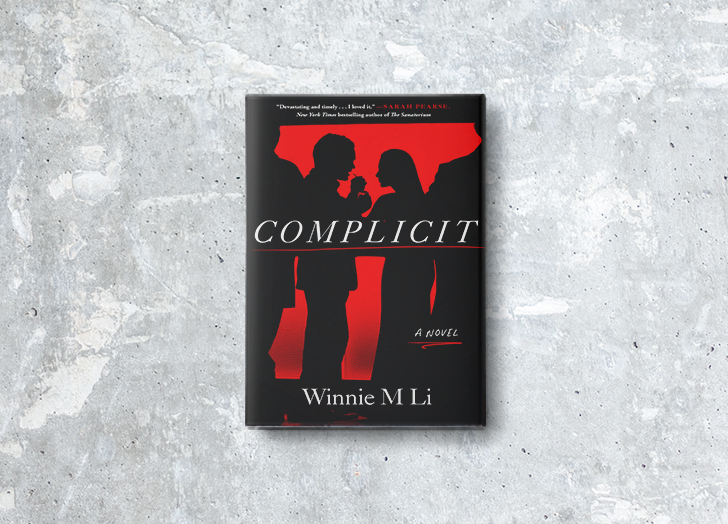 We rightfully condemn the Harvey Weinsteins, Bill Cosbys and Kevin Spaceys of the world. But what about the people around them who turned a blind eye to their abuses (or worse, facilitated them)? Those background players are at the center of Complicit, a thrilling and timely new novel by Winnie M Li (Dark Chapter), a writer and activist who, like her latest novel’s protagonist, previously worked as a film producer.

The book starts in 2017. Sarah Lai is 39 years old and, after abandoning her career in Hollywood, she’s working as a film professor at an unnamed Brooklyn college. With the #MeToo movement exploding, she gets a call from a New York Times reporter to discuss her experience working with British film producer Hugo North ten years earlier.

Jumping from past to present, through the lens of Sarah’s interview with the Times, we learn about her peripheral involvement in a scandal involving Hugo and an up-and-coming actress. Li highlights the power imbalance that allowed sexual assault and harassment to go unchecked in the entertainment industry for so long, noting how the ambition of those determined to succeed made it easier to ignore red flags. Sarah muses, “There’s thousands of us. Hoping to be a young hotshot, one of the 30 Under 30, or 40 Under 40. There are no lists for 50 Under 50. Because if we haven’t made it by then, we probably don’t belong in this world.”

Li’s portrayal of Sarah is unflinching. She neither villainizes nor excuses her complicity, instead focusing on the moral ambiguity of being vaguely aware of wrongdoings without investigating further.

Joining the ranks of Catch & Kill by Ronan Farrow and She Said by Jodi Kantor and Megan Twohey, Complicit is a fascinating indictment of the influential men who take advantage of their power…and the people around them who stay silent.

The 31 Best Thriller Books of All Time