Whether you were awake all night with your toddler or you’re looking for a boost before your evening workout, you need caffeine. In the form of coffee, tea or even an energy drink, caffeine can be a godsend. Consumed in moderation, caffeine is generally considered safe by experts (and even has health benefits like an added dose of antioxidants and the ability to lower cholesterol). But caffeine is still a stimulant, and while you can’t scientifically be addicted to it, it might feel like your habit is verging on excessive, meaning it could be worth trying to abstain entirely. Below, learn how to quit caffeine—and what might happen if you do—if you’re having trouble stopping at two cups a day.

Should You Drink Green Tea Before Bed? 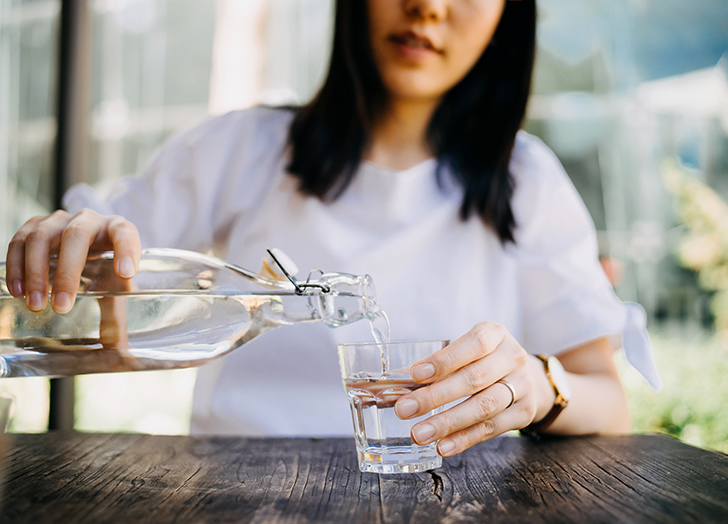 How to Quit Caffeine Without Feeling Miserable

1. Figure Out What’s Making You Drink So Much Caffeine

Think about it: Every time you reach for a green tea or flat white, do you really need the energy, or is it more about the ritual? When you get up from your desk at 4 p.m. to brew a pot of dark roast, are you struggling to keep your eyes open or do you appreciate the break from work? Once you figure out why you’re drinking so much caffeine, you can adjust your behaviors. Why not, for example, go for a quick walk in the middle of the afternoon or brew some decaffeinated peppermint tea instead? We’re willing to be that if you really think about why you’re drinking so much caffeine, you’ll realize it’s less about “needing” the energy and more about being stuck in habits that can be replaced.

Just as Rome wasn’t built in a day, a caffeine addiction that’s decades in the making doesn’t end in a day. The experts at Cleveland Clinic urge, “Don't make the mistake of stopping totally. You'll likely experience withdrawal symptoms and go back to drinking coffee or soda or taking a headache medication with caffeine in it to make the symptoms disappear. This starts the dependency cycle all over again."

One of said withdrawal symptoms? Headaches. According to a Wake Forest University study, drinking caffeine causes blood vessels to restrict, which can slow blood flow by as much as 27 percent. When you stop drinking caffeine, those blood vessels are allowed to go back to their regular size, which might cause headaches. If you’ve ever had a headache (which, who among us hasn’t?), you know that drinking lots of water—along with maybe an ibuprofen or two—helps a ton. It’s also worth noting that oftentimes when we’re tired (and think we need to grab another green tea), the root cause is dehydration. Just another reason to keep sipping from your beloved Hydroflask.

4. Have Healthier Alternatives on Hand

If you’re used to consistently drinking something other than water throughout the day, it’s important, in addition to ensuring you’re getting enough H2O, to replace your caffeine source of choice with a healthier alternative. If you love holding a hot cup of coffee in your hands, try to switch to decaffeinated herbal tea; if you’re a Diet Coke fiend, try to get your bubbles fix from seltzer (just make sure it’s not loaded with added sugar and artificial sweeteners).

5. Acknowledge All the Positive Side Effect of Quitting

Whether you’re getting better sleep or feeling less jittery, quitting caffeine can bring about a number of positives. Among the most surprising? Saving major money. It’s one thing if all the caffeine you drink in a day is free; it’s another if you’re constantly re-loading your Starbucks card and stocking up on Celsius at CVS. If you are someone who spends money on their caffeine intake, be pleasantly surprised once those charges slow down or stop altogether. In fact, here’s a handy coffee calculator so you can determine just how much your daily iced latte is setting you back. 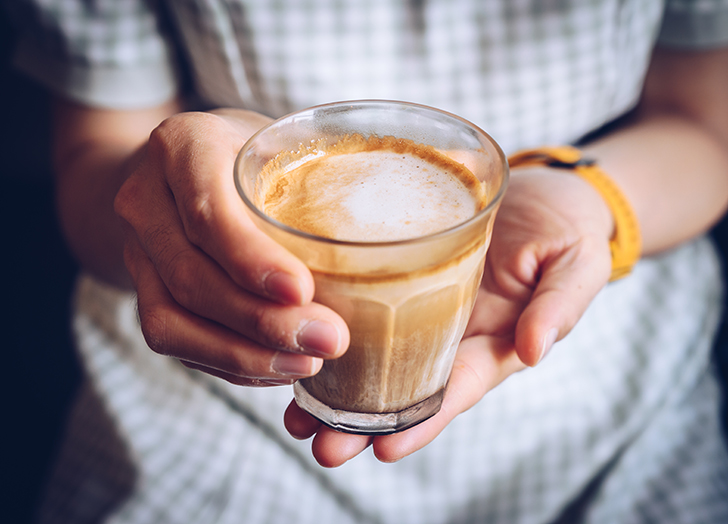 Calling all anxious people: Your caffeine habit might be worsening your symptoms. According to a study by researchers at Cardiff University’s Center for Occupational and Health Psychology, it can take as little as 150 milligrams of caffeine (roughly a 16-ounce cup of coffee) to bring on symptoms of anxiety, from an elevated heart rate to a sense of panic. Now, we’re not saying that people with diagnosed anxiety disorders who are regular coffee drinkers will be cured by switching to decaf, but every little bit counts.

We know, we know: One of the main points of drinking any type of caffeine is to feel more alert and awake. As it turns out, though, an excess of caffeine can actually have the opposite effect. Says Vanessa Rissetto, MS, RD, CDN and co-founder of Culina Health, “If you're drinking caffeine in excess of three cups or more a day, it can make you go to the bathroom more, causing dehydration which can make you feel dizzy and sleepy.”

The more caffeine, the more insomnia. According Michelle Worley, a registered nurse and Director of Clinical Operations at Aeroflow Healthcare, “Since many people consume caffeine for the jolt of energy it provides, which is made possible by blocking the brain’s sleep-inducing chemicals, it should come as no surprise that it can make it more difficult for people to sleep. For the best possible chance at a good night’s sleep, caffeine drinkers should stop consuming caffeine at least seven hours before they plan to go to sleep.”

Do You Really Need to Drink a Whole Gallon of Water a Day? Here’s What Experts Say