Average (0)
With a hands-off crust and sweet filling, it’s your new dessert go-to. 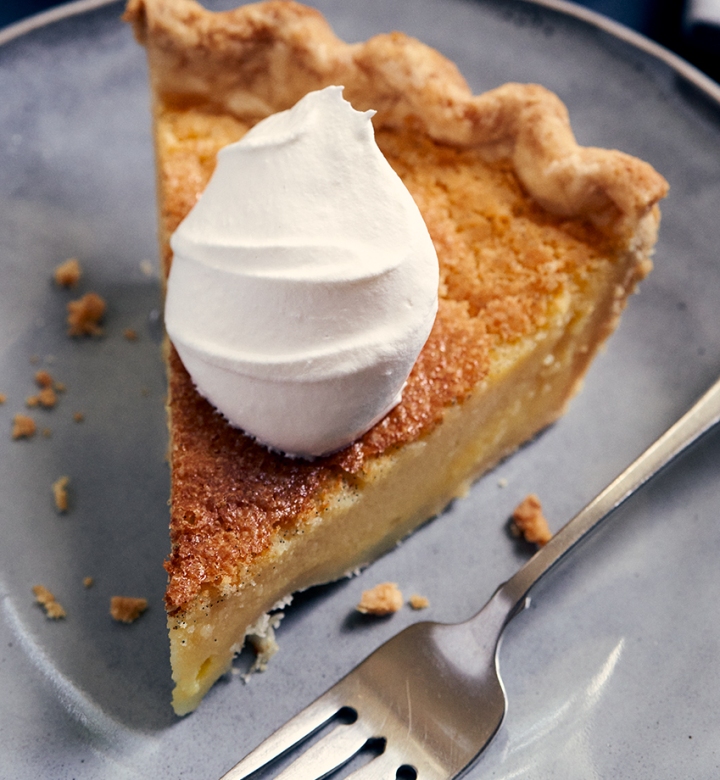 In the dessert difficulty matrix, pies usually fall somewhere between “special occasion moment” and “destined for a Pinterest fail.” But we’d like to make the case that they don’t have to be so intimidating. Start with this surprisingly approachable recipe for vanilla bean buttermilk pie—hello, hands-off crust!—and you’ll understand. It’s from Kardea Brown’s new cookbook, The Way Home, a collection of Lowcountry Southern recipes inspired by her family’s Gullah and Geechee heritage.

Excerptedfrom The Way Home by Kardea Brown and reprinted with permission from Amistad, an imprint of HarperCollins Publishers. Copyright 2022.

10 Types of Pie Every Baker Should Have in Their Repertoire

2. Press the dough into a disc and wrap in plastic wrap. Refrigerate until thoroughly chilled, at least 1 hour.

4. Line the bottom of a 9-inch pie plate with the dough, then crimp the edges. Refrigerate while you make the filling.

6. Sprinkle the flour on top and whisk just until incorporated.

8. Bake on the bottom rack until the top of the pie is golden brown and set around the edges and the center has a slight jiggle, 55 minutes to 1 hour. If the crust begins to get too brown but the filling isn’t ready, cover the edges loosely with foil.

9. Cool the pie to room temperature before slicing. Serve with whipped cream.