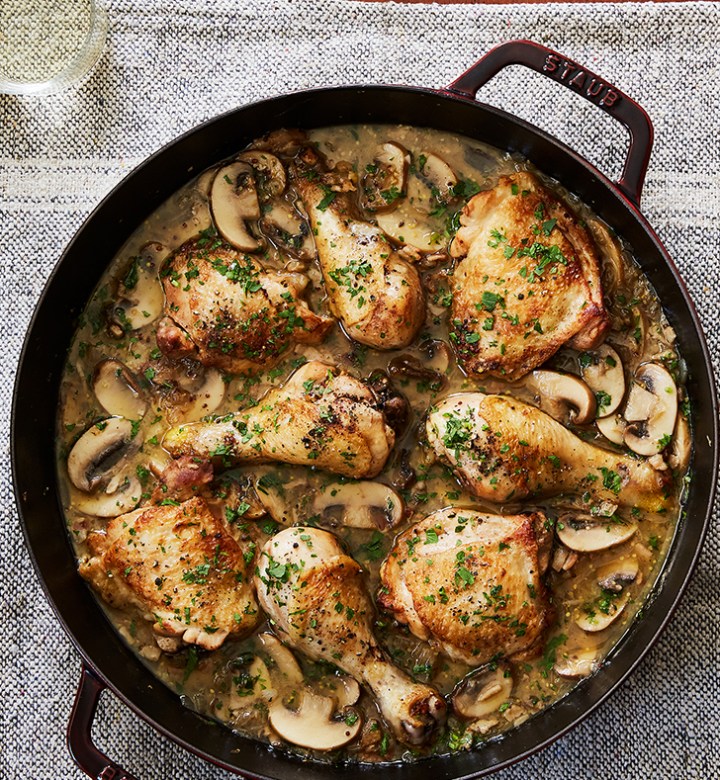 Hearty dishes aren’t always described as elegant (think beef stew or chicken and dumplings), but the classic French recipe for coq au vin is the very definition. The only problem? You need Julia Child levels of patience and skill to pull it off. Enter our simplified white wine coq au vin, which is ready in under an hour and totally foolproof. Plus, it’s made with dry white wine instead of red for a twist.

1. Season the chicken with salt and pepper. In a large skillet, melt the butter over medium heat. Add the chicken to the skillet and cook until it’s well browned, about 4 minutes per side.

4. Add the browned chicken back to the skillet. Pour the wine into the skillet, stir in the mustard and bring the mixture to a simmer over medium-low heat.

5. Cover the skillet and simmer until the chicken is almost fully cooked, 15 to 20 minutes.

6. Uncover the skillet and add the cream. Simmer until the sauce thickens and the chicken is fully cooked, 8 to 10 minutes.

7. Garnish with parsley and serve immediately.