Wait, This ‘Virgin River’ Star Was on ‘Schitt's Creek’?!

It’s not every day we learn that a star from our go-to television show, Virgin River, guest-starred on one of our all-time favorite comedy series. As it turns out, before she was Lilly’s daughter, Tara, on the popular Netflix drama, Stacey Farber had a role on Schitt's Creek.

If you’re unfamiliar, Tara was introduced during season three of Virgin River before he lost her mom, Lilly (Lynda Boyd), to cancer. During the installment, Lilly opened up about her terminal pancreatic cancer diagnosis and ultimately succumbed to her illness. The good news? Farber will reprise her role for season four. 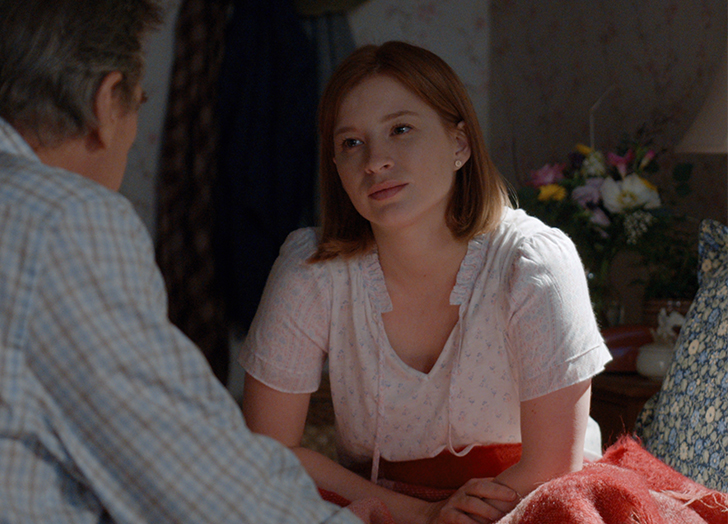 While we’ve been so focused on her role as Tara, we managed to somehow miss the fact that Farber had a small stint on the Canadian drama Schitt's Creek. (This isn’t a huge surprise, considering the actress has been in a handful of TV shows, including Degrassi: The Next Generation.)

Farber played Rachel in a 2018 episode, titled "The Barbecue." And while the character appears in only one episode, Rachel is﻿ a pretty important character. In fact, while the Rose family is throwing a barbecue to celebrate David and Patrick's four-month anniversary, Rachel, who just so happens to be Patrick’s ex-fiancè, shows up and causes drama.

We can’t believe we managed to miss this major detail.