Who Is Tracee Ellis Ross’s Boyfriend? We’ve Got Answers

Tracee Ellis Ross has come a long way since she played Joan Carol Clayton on The CW's Girlfriends.

As of now, the 47-year-old actress owns a successful haircare line (Pattern Beauty) and stars in the Emmy-nominated sitcom, Black-ish. Her work on the latter has already earned her three NAACP Image Awards and a Golden Globe Award for Best Actress – Television Series Musical or Comedy. Also, in 2020—just a year after she co-created the show's spin-off, Mixed-ish—Ross starred in the musical film The High Note and released her very first soundtrack album. Talk about impressive.

While the multitalented star is known for being vocal about social justice and her political views, the same can't be said about her personal life—or more specifically, who she's dating. However, rumor has it that Ross is now in a relationship with someone new. Who is Tracee Ellis Ross's boyfriend? Here's what we know. 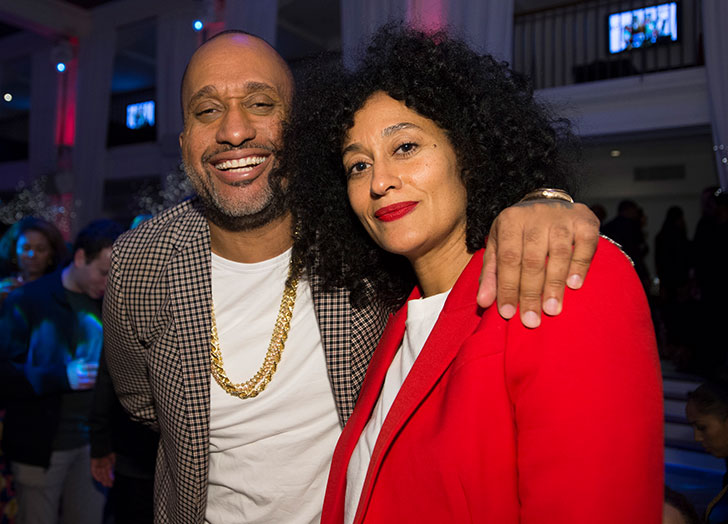 The actress is rumored to be dating Black-ish creator Kenya Barris. LoveBScott exclusively reported that sources have confirmed the two are "romantically linked," though their dating timeline remains unclear. However, neither Ross nor Barris have confirmed this news.

The dating rumors first surfaced at the beginning of 2020, shortly after Barris's wife, Dr. Rainbow Barris, announced their divorce in 2019. Naturally, many found it intriguing that Ross's character on Black-ish was inspired by his wife and assumed that this could be a sign of their apparent relationship. But since this rumor hasn't been confirmed, we're taking this one with a grain of salt (for now).

2. Who Has Tracee Ellis Ross Dated In The Past?

The actress had a previous relationship with a former Def Jam executive, Abou "Bu" Thiam. Their exact timeline is also unclear, but in 2016, when Thiam appeared on The Breakfast Club, he confirmed that they used to date.

Still, it sounds like the two had an amicable split. He explained, "Me and Tracee are going to be lovers forever. I really do believe that. Me and her have this genuine, unconditional relationship. Anybody that comes in my life, they have to know that and vice versa with her."

He continued, "Out of all the females that I've dated, and not to discredit all the other girls, because I've been with some good females in my life, she has to be one of the most unconditional, loving, spirited people."

Tracee, who has always been notoriously quiet about her relationships, never publicly confirmed their romance. However, judging by Thiam's Instagram feed, the two are still pretty close to this day. In March, he shared a silly video of her singing him happy birthday and wrote, "This beautiful soul @traceeellisross is always the first person to wish me Happy Birthday. Regardless of what’s going on in the world, you always know how to get a smile out of me lol. Your thoughtfulness is a gift I will always treasure. My Ace Forever."

3. Why Hasn't Ross Talked About Any Of Her Relationships?

As Ross told ABC News in 2017, she considers her love life "sacred" and "not for public consumption."

While addressing people's curiosity about her personal life, she told InStyle, "These are very big and very personal questions that aren’t anyone’s business but that somehow, like the right to choose, become fodder for public conversation. Some of the ability to reflect on what I really want comes from pushing up against a society that shames me for not having the expected trappings." *Cue the applause*

Single or not, it's clear that the actress is now focused on dominating both the Hollywood and beauty industry. You can check out her haircare brand, Pattern Beauty, online and stream her latest film, The High Note on Amazon Prime.