‘This Is Us’ Season 3 Finale Recap: Answers

In the penultimate episode of This Is Us, we watched Randall (Sterling K. Brown) and Beth’s (Susan Kelechi Watson) relationship from start to hopefully not finish. We saw glimpses of Kate (Chrissy Metz) and Toby (Chris Sullivan) attending to their newborn baby, Jack, while Kevin (Justin Hartley) and Zoe (Melanie Liburd) decided they didn’t want any children. Now, in the much-awaited season three finale of This Is Us, we’ll find out if there’s a resolution for the Pearsons. Oh, did we mention we’ll finally learn the truth about the whole “her” situation?

Without further ado, we give you the This Is Us season three finale recap.

Two weeks after Jack’s premature birth, team Katoby is still in the NICU but their little one is making big strides. Jack is now able to breathe on his own, and Kate, Toby and Rebecca (Mandy Moore) are learning how to keep him safe. The problem? Rebecca is totally taking charge and speaking over Kate (Jack’s actual mother) when she asks questions. At first it seemed like Rebecca and Miguel (Jon Huertas) moving to Los Angeles to help with the baby would be a good thing. Now it just seems like a lot.

Later, Rebecca is fussing over Jack while Kate is holding him. Kate gets so frustrated that she puts him down and he stops breathing. She panics and calls for a nurse, but Rebecca goes into mom mode and remembers to tap him just like the doctor showed them. The nurse gives her props for remembering and Kate is hurt that she’s not able to parent on her own accord with her mom around. 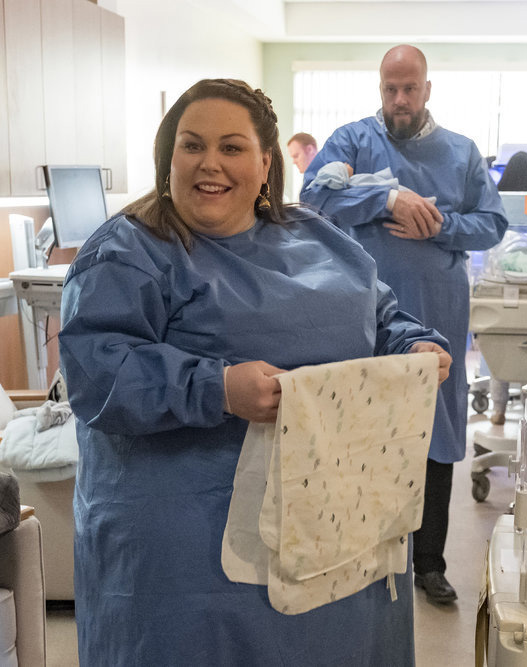 Kate and Rebecca reunite at home that evening and Kate apologies for projecting her insecurities onto her. She says she looks forward to Jack growing up with “Rebecca Pearson–level magic” around him and thanks her mom for uprooting her life to help.

When Jack finally comes home from the hospital with his parents, Rebecca is right there to welcome him, along with another familiar face… 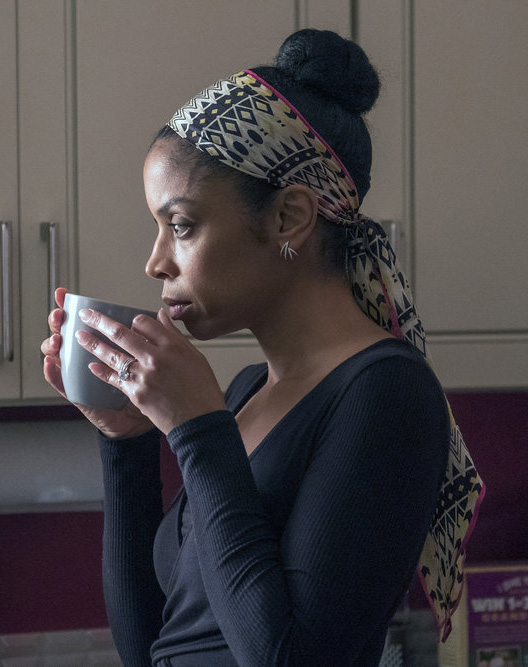 Following their blow-up fight last week, Randall and Beth are leading separate lives. Randall is sleeping at his office and Beth is at home with the girls. They’re trying to act like nothing is wrong, but it’s clear. Randall asks Beth privately if they can talk later and “figure out how we’re going to make our way through this.” She says yes but that she’s not sure that she sees a way out of it.

Later, Randall takes Deja (Lyric Ross) to what he thinks is debate team practice but is actually her previous foster care home. Just like Randall took her to his birth dad’s apartment when he wanted to adopt her, she’s taken him here to remind him he’s lucky to have the life he has with Beth. She tells him to “get it together” because he owes it to the world that let him win the lottery twice (once with being adopted and once with meeting Beth). *Sniffles* 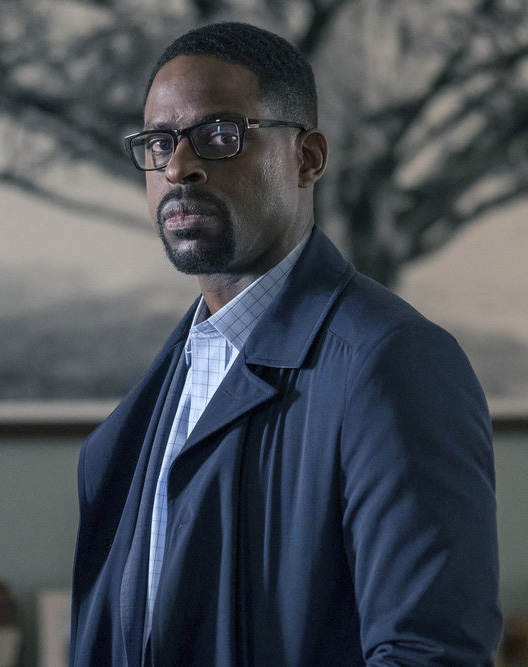 Inspired by his talk with Deja, Randall calls Jae Won (Tim Jo) and asks what would happen if he resigned. Long story short, it would be grim. Meanwhile, Beth is doing some investigating of her own and meeting with a real estate agent in Philadelphia. She knows how they’ll get through this and it involves moving the family closer to Randall’s district and her opening her own dance studio. Now that’s a compromise that’ll work. 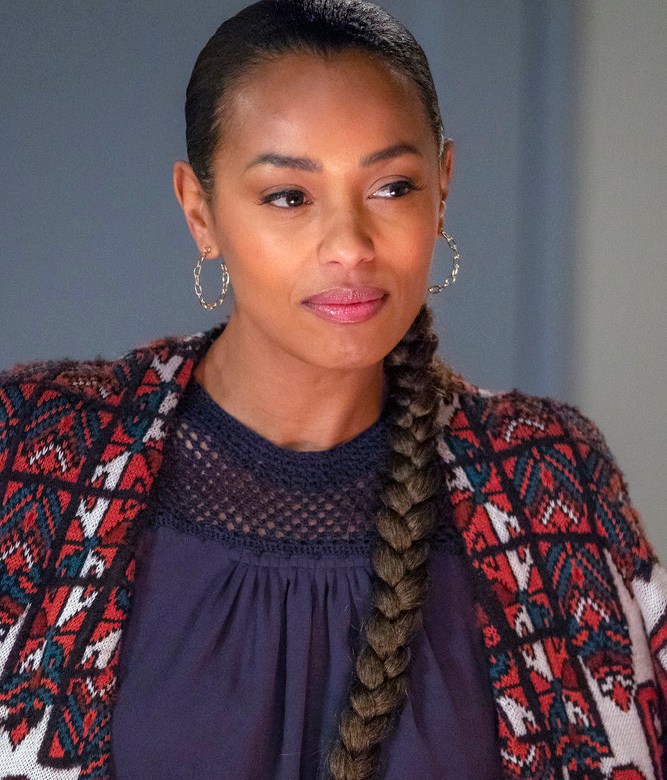 In their childless bliss, Kevin and Zoe enjoy some slow pour coffee in the morning and he jokes that it wouldn’t be possible with some screaming kids running around. That afternoon, they go to watch Tess (Eris Baker) and Annie (Faithe Herman) while Beth teaches a class. Kevin admires how good Zoe is with the girls.

Later, Kevin goes upstairs to tell Tess they’re making brownies and they dive into a heart-to-heart. Her parents are fighting and she’s trying not to bother them with the questions she has regarding her sexuality. So, Kevin listens and tells her while he can’t relate to what she’s going through he thinks she’ll figure it out. She tells him he nailed the pep talk. Hey, like father like son.

Between Kevin’s chat with Tess and watching Zoe with the girls, he feels inspired to talk to Zoe about what good parents they could be. It goes fine in the moment, but when they arrive home, Zoe tells him they need to talk. She can tell he wants to be a dad and while he thinks she might change her mind about becoming a mother, she knows she won’t. He tells her he made his choice—he wants to be with her instead of being a dad—but they both know that isn’t true. So, they part ways on good terms and Zoe moves out.

With nothing left to lose, Kevin flies to Los Angeles to visit Kate, Toby, baby Jack and Rebecca, and informs them all he’s moving back. 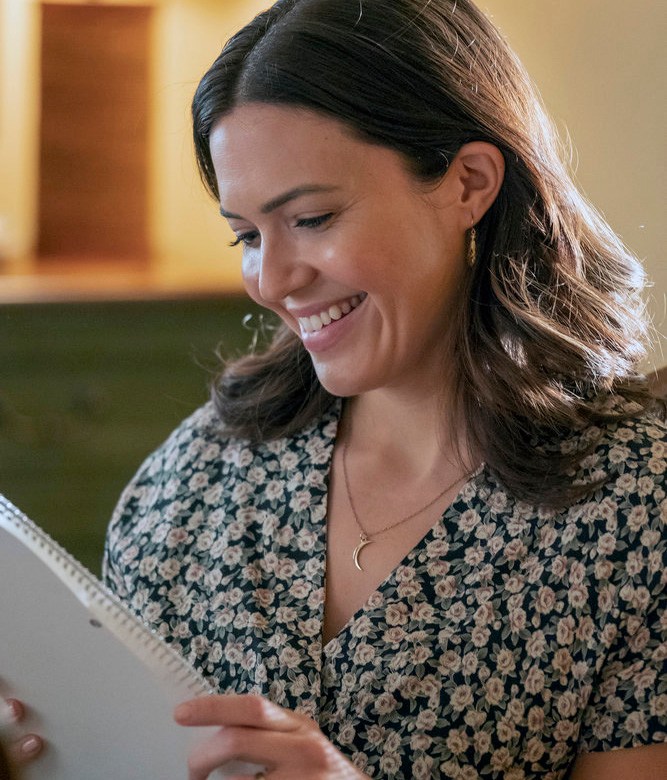 In the past, when the Big Three are 11 years old, Rebecca gets into a car accident that lands her in the hospital overnight with a broken arm. Jack (Milo Ventimiglia) is tasked with taking care of the kids while she’s gone and managing their worries about her health. He feeds them “healthy” corn sandwiches (ew). At night, the kids continue to worry, and Jack decides they should all go to the hospital and be with her because they don’t know how to function otherwise. It’s a sweet moment that’s made even more poignant when we jump forward in time to the future, when the Big Three are old and gray.

In a flash-forward at the end of the episode, Randall and Beth are still happily married and living in a très chic modern home. Toby arrives at their door with some sidewalk chalk, saying he spoke with Jack and “they’re on their way.” Then, a boy walks through the dining room and it becomes clear he’s Kevin’s child. And suddenly, it’s time for Randall to go see “her,” Rebecca. She doesn’t know who he is, so he tells her he’s Randall, then turns to say hello to his Uncle Nicky (Griffin Dunne)—wait what?

Just as series creator Dan Fogelman promised, we definitely got some answers: Randall and Beth make it through their rough patch, Kate and Toby’s son survives (but does their marriage?), Kevin goes on to have a child, Rebecca ultimately suffers from Alzheimer’s, and Uncle Nick becomes a part of the family.

Even with all those major reveals, we still have so many questions. How will we possibly wait until season four (presumably) returns this fall? Until then, take some deep breaths and wipe those eyes.

: ‘This Is Us’ Fans Definitely Won’t Like the Series Creator’s Plan for Jack in Season 4