Who Is Madison (AKA Kevin’s Fiancée on ‘This Is Us’)? Here’s Everything You Need to Know 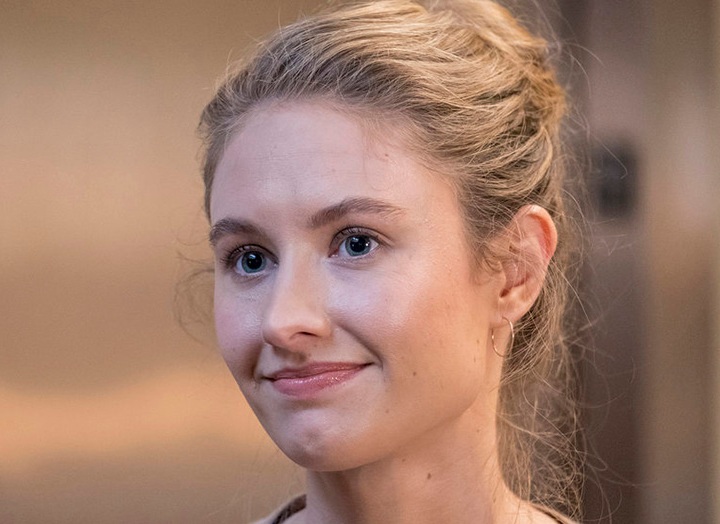 Kate’s (Chrissy Metz) best friend Madison (Caitlin Thompson) has been with us since the beginning of This Is Us, but we don’t know a ton about her. After watching the season five premiere, however, it’s clear she’s going to be around for a while, so we may as well learn more about the perpetually chipper woman Kate has grown so close with.

When Kate first met Madison in Overeaters Anonymous in season one of the hit NBC drama, she frankly hated her. Madison struggled with the exact opposite eating issue (anorexia) that Kate did (overeating). To Kate, Madison seemed like a figurehead of all of the skinny girls who made her feel less than growing up.

But, in a strange way, Madison is the one responsible for bringing Kate and Toby (Chris Sullivan) together: They bonded over their shared dislike of her in Overeaters Anonymous. And then, something changed after Kate yelled at Madison for not having real problems and then accidentally backed into her car. In a moment of frustration, Kate told Madison she was pregnant. In fact, Madison was the first person to learn this and she reacted with enough excitement for the both of them.

The car accident and pregnancy reveal bonded them and Kate even invited Madison wedding dress shopping with her. Kate realized she had judged Madison unfairly when, after eating a couple of macaroons, Madison went to the bathroom to make herself throw up and accidentally passed out. Kate took care of her and Madison said, “I can’t believe it. I finally have a best friend.”

From there, their friendship was solidified. She was at Kate and Toby’s wedding (and almost went to bed with Kevin), she made up the signature drink for Kate’s graduation party (the “Commence-mint”) and she was a major part of Kate’s birthing plan (the portrait mode and Ruth Bader Ginsburg doll).

In season four, Madison offered to host Kevin (Justin Hartley) at her home for one night. One thing led to another, and she ended up pregnant with his babies. (Yes, they’re having twins.) During the season five premiere of This Is Us, Kevin proposed to Madison, and she accepted. Although Kate seemed uneasy about their budding romance, we’re pretty confident she’ll come around once she lays eyes on those bebes.

All we can say is…welcome to the family, Madison. This Is Us returns to NBC next Tuesday, November 10, at 9 p.m.

Lyric Ross (Deja from ‘This Is Us’) Shares Deets on Season 5, Malik & More