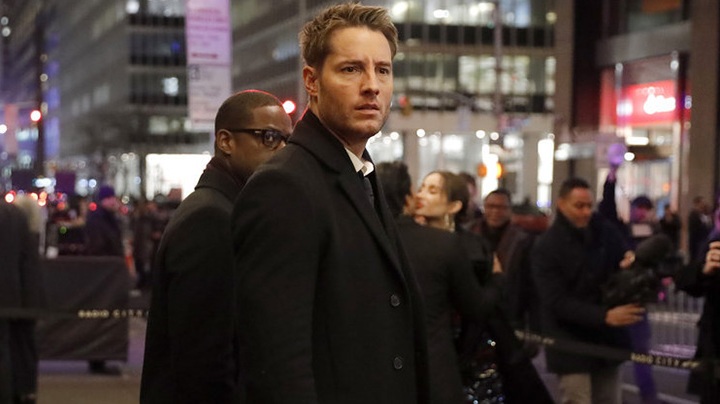 Watching last night’s episode of This Is Us, it was hard not to cringe during Randall (Sterling K. Brown) and Kevin’s (Justin Hartley) fight. Between the decades-old wounds, the jabs about how much more money Kevin makes than Randall and their efforts to prove who the better son is, there was a lot to take in. But it wasn’t all sad. There was, believe it or not, actually a moment that kind of made us laugh.

Halfway through episode 16 (and midway through the fight), Randall makes a reference during the afterparty to how Kevin hooked up with Susan Lucci. Kevin points out that it was actually Lucci’s daughter, which is a subtle nod to Hartley’s real-life soap opera background.

For those of you who aren’t die-hard soap enthusiasts, Lucci’s daughter, Liza Huber, was Hartley’s co-star on the soap opera Passions. Huber played Gwen on the series from 1999 to 2000, when she officially retired from acting to spend time with her family. In 2002, she was asked to return to Passions after her replacement, Natalie Zea, chose not to extend her contract. She then stayed on with the show until 2008. Hartley, meanwhile, played Fox Crane on the series from 2002 to 2006.

Interestingly, Passions wasn’t Hartley’s only soap opera stint. He also appeared on The Young and the Restless as Adam Newman/Gabriel Bingham (gotta love soaps) from 2014 to 2016 before booking This Is Us later that year.

We love a sly real-life reference. Keep ’em coming, This Is Us.