Netflix Includes a Disclaimer After ‘The Crown’ Season 5 Causes Uproar

When it comes to the official trailer for The Crown season five, Netflix is choosing to do things a little differently this time around.

Yesterday morning, the long-awaited trailer for the fifth season debuted on the show’s Youtube channel. But for this iteration (unlike past seasons), in the description section, there’s a short “fictional” declaimer for everyone to see. It reads: “Inspired by real events, this fictional dramatisation tells the story of Queen Elizabeth II and the political and personal events that shaped her reign.”

Previous trailers did not include a similar disclaimer and they only featured a brief description of the season. So, why the change now? According to Deadline, the show is finally giving a “health warning” (after two years of backlash including public condemnation from celebs including Judi Dench) so viewers know the series is simply a work of fiction.

Though, yes, the show draws from true events, scenes in the show are dramatized just for the sake of entertainment. While the “warning” doesn’t show up in the show’s trailer per se, Netflix has now made it a point to state the series is a work of fiction across social media and their platform. 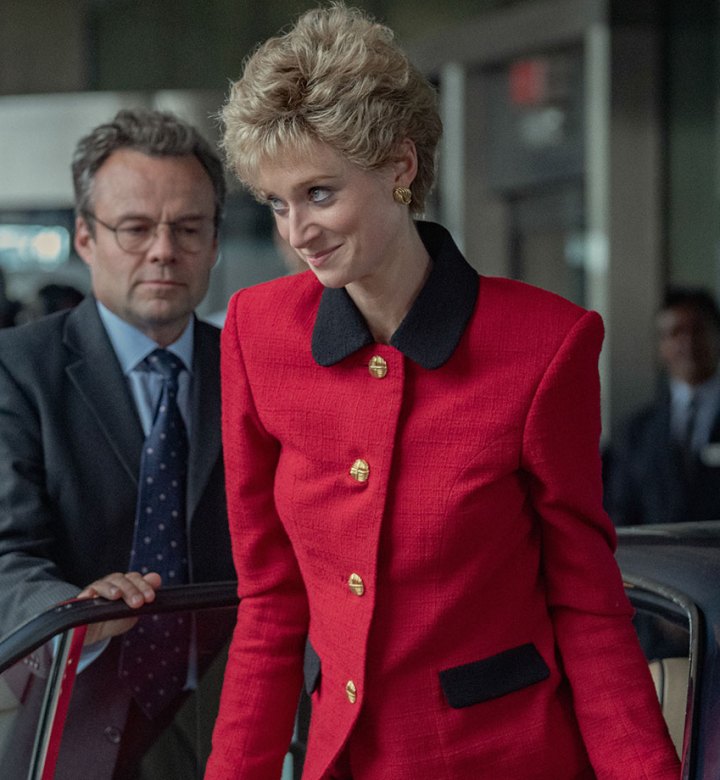 The Crown season five will take place in the 1990s, which is defined as the “most visual” era within the British royal family. The two-minute trailer shows memorable moments in history, including the infamous Windsor Castle fire in 1992, Princess Diana (played by Elizabeth Debicki) wearing the iconic “Revenge Dress,” the famous BBC interview with Martin Bashir and more.

A step in the right direction or an unnecessary warning? We'll let you decide.