Calling All Swifties: Taylor Swift Announces New Album and It’s Coming Out Sooner Than You Think

Not only did Taylor Swift take home three big awards at the 2022 MTV Video Music Awards (and break the record for the most Video of the Year wins), but she made a major announcement that Swifties will be happy to hear.

During her acceptance speech last night, the “Cardigan” singer thanked her fans for all their support—and casually dropped the news of a new album release (excuse us?!) 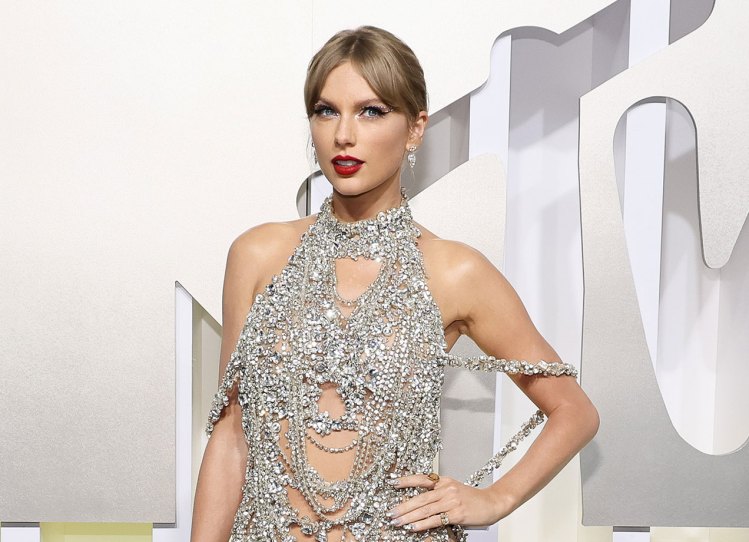 “I’m so honored to have been recognized alongside such amazing artists and directors in this category,” Swift said. “I just want to say I’m so heartened by the fact that the first time in VMA history that four of the directors nominated in the Video Of The Year category are women.”

“You guys, I’m just so proud of what we made and I know with every second of this moment, we wouldn’t have been able to make this short film if it wasn’t for you, the fans,” she continued. “Because I wouldn’t be able to re-record my albums if it weren’t for you…You emboldened me to do that.”

Swift ended the speech by saying, “I had sort of made up my mind that it might be a fun moment to tell you…my brand new album comes out October 21st. And I will tell you more at midnight.”

Once the clock struck midnight, Swift took to her Instagram page and teased her upcoming tenth studio album by sharing a glimpse at the cover art and tracklist. “Midnights, the stories of 13 sleepless nights scattered throughout my life, will be out October 21. Meet me at midnight,” she wrote in the caption.

However, Swift had another big surprise in store for fans. On her IG Story, Swift shared her inspiration for the album, as well as what fans should expect from her body of work. Alongside a photo of herself sitting in a dimly lit room, she wrote:

“This is a collection of music written in the middle of the night, a journey through terrors and sweet dreams. The floors we pace and the demons we face. For all of us who tossed and turned and decided to keep the lanterns lit and go searching - hoping that just maybe, when the clock strikes twelve…we’ll meet ourselves.” 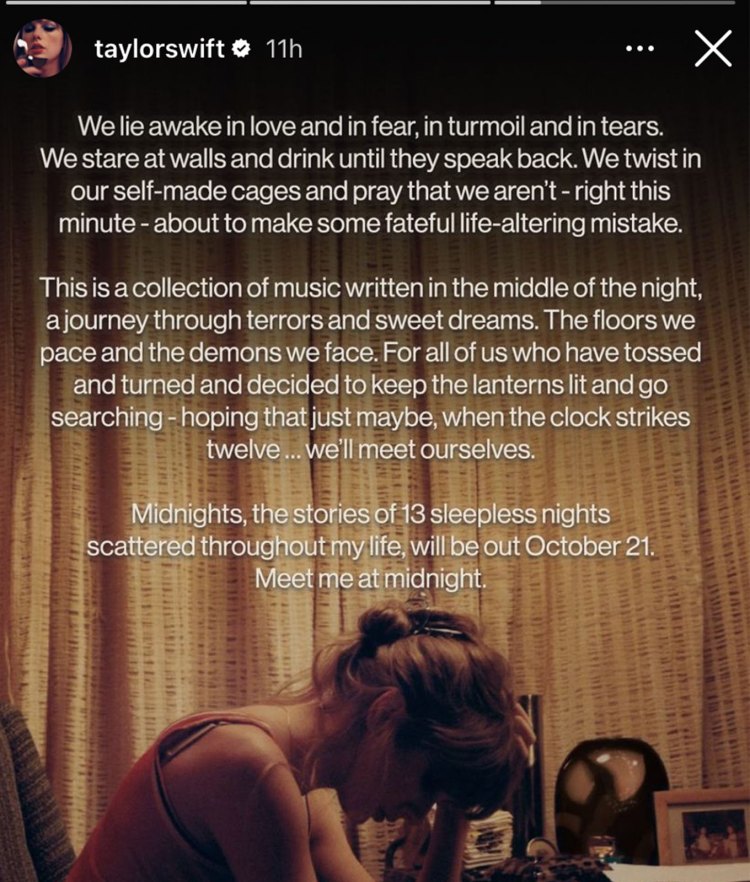