Netflix's Stranger Things will drop its third season on July 4, 2019, and we know how we'll be spending our Independence Day. 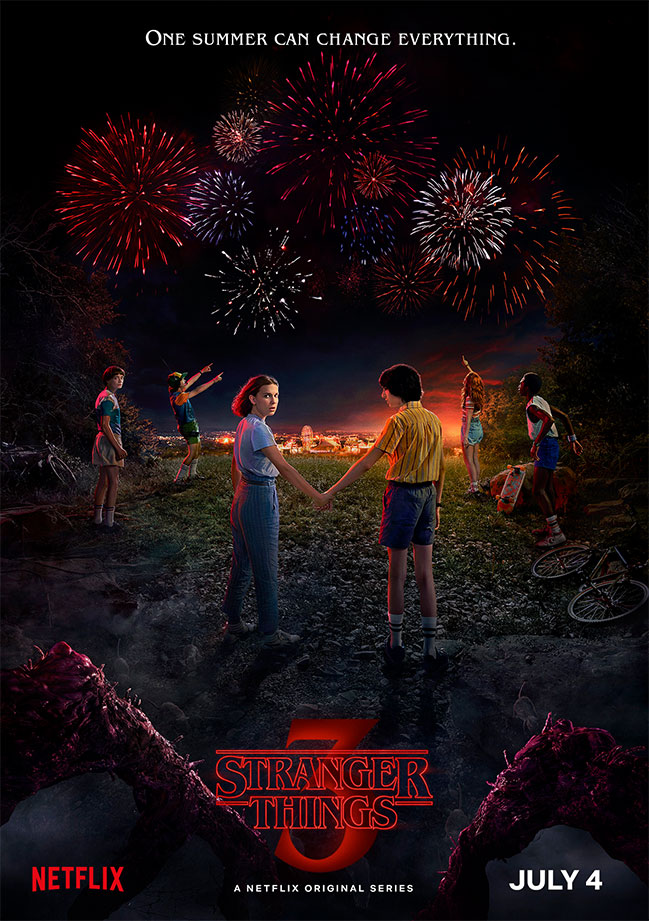 The tagline, “One summer can change everything,” has a haunting chill to it when coupled with Will’s worried face as he looks back at the creepy foreground of the Upside Down. (Could those be the Mind Flayer’s tentacle arms?)

We already got the episode titles for Stranger Things season three, which will take place in the summer of 1985 (one year after the events of season two), so it’s just a waiting game now.

’Til then, we’ll be channeling our inner Erica (Priah Ferguson) and doling out sassy one-liners. (“Just. The. Facts.”)