It's been almost two decades since Buffy the Vampire Slayer aired its final episode in May of 2003, and with a string of shows getting the reboot treatment as of late (Gossip Girl, Fresh Prince of Bel-Air, Sex and the City, etc.), we're still keeping our hopes up that Buffy will be next.

And apparently the show's former lead, Sarah Michelle Gellar, is ready for the show to be brought back to life as well...and she's got an idea as to who should be cast in the role of Buffy Summers: Zendaya.

As revealed by Insider, Gellar sat down for an interview with Evan Ross Katz, who penned the new book, Into Every Generation a Slayer is Born: How Buffy Staked Our Hearts. During their conversation, the actress shared enthusiasm for a ﻿Buffy ﻿revival, and when asked who she would place in the titular role, she responded, “I vote Zendaya.” Julie Benz, who played Darla on the series, approved of Gellar's choice, saying, “That would be amazing.” 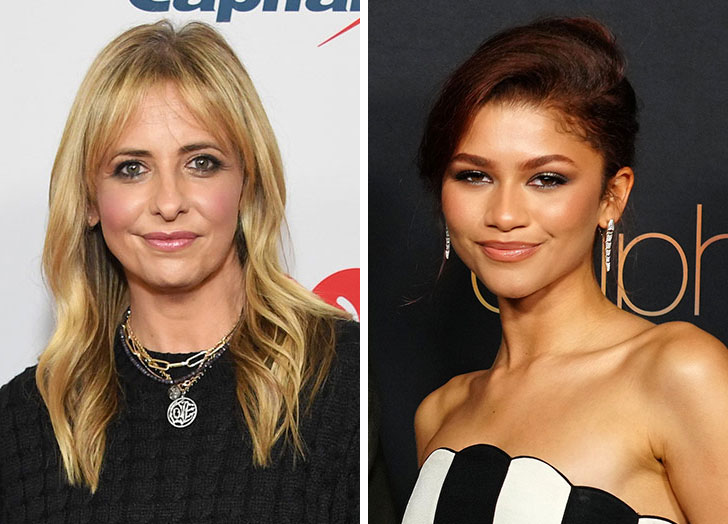 Gellar is not the first celebrity to show her admiration for the Euphoria star. Just a couple months back, Halle Berry told the Variety Awards Circuit Podcast that she believed Zendaya to be the “the future.”

“I have a plan,” Berry confessed to the podcast hosts. “I would love to play [Zendaya's] mother. I have an idea because I think she’s the future.”

And Berry has good reason for thinking that. This year, Zendaya returned to her role as Rue on the hit HBO series ﻿Euphoria﻿, a part which, in 2020, earned her the Primetime Emmy Award for Outstanding Lead Actress in a Drama Series, making her the youngest recipient of the prize.

Meanwhile, late last year she also starred in Spider-Man: No Way Home, which quickly became one of the highest-grossing movies of all time, as well as Dune, which is currently nominated for Best Picture at the 94th Academy Awards.

If there's a Buffy reboot in our future, we would love to see Zendaya as one of the contenders for the lead part.

﻿If There’s a ‘Walk to Remember’ Reboot, Mandy Moore Wants This Famous Star to Play Her Role