Season 2 of ‘Euphoria’ Has Been a Mess, But Zendaya’s Performance Just Saved It

﻿Euphoria ﻿is by no means an easy show to watch. As someone who didn't get into the teen drama until the first season had already aired, I found myself having to take a month-long break halfway through the first 8 episodes, because the show was so draining.

Of course, it's no secret that Euphoria has stirred up its fair share of controversy. So, why do so many people (myself included) keep coming back to it?

Well, for all its heavy themes, unnecessary amounts of nudity and overwrought dramatics, it also offers incredible acting, gorgeous cinematography and realistic depictions of issues like drug addiction.

Yet, this season of Euphoria has been particularly up-and-down, and I've found myself constantly getting frustrated by senseless plotlines (we're all sick of the Nate/Cassie/Maddy love triangle), the abandonment of great characters (why haven't we gotten more Kat?) and filler backstories for characters who are universally hated (looking at you, Cal).

But in last night's episode, “Stand Still Like the Hummingbird,” Zendaya managed to save this season before it completely fell apart. 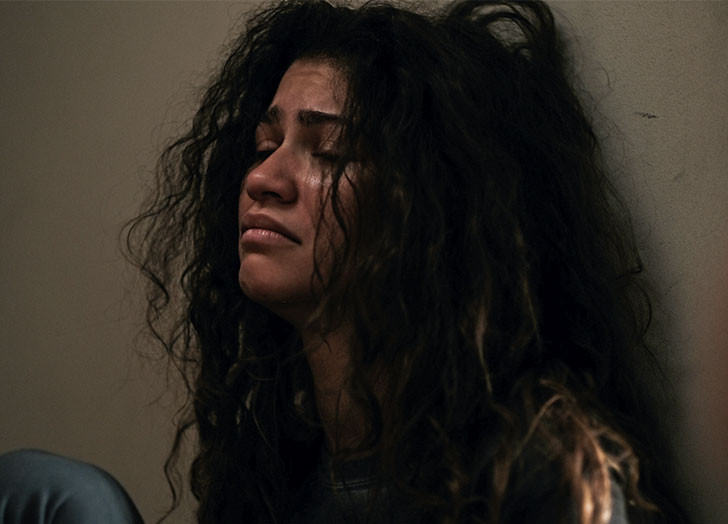 This latest chapter was undeniably brutal, and one of the hardest ones to watch yet. In the first fifteen minutes alone, we watch Rue (Zendaya) physically fight her mother, accost her girlfriend, Jules (Hunter Schafer), and smash through her house when she discovers that her $10,000 stash of drugs have been flushed down the toilet.

From there, things only get more intense as Rue ends up in a foot chase with cops, steals valuables from neighbors and ultimately has to escape from the apartment of the dealers she is trying to pay back. Like any story arc in Euphoria, it all goes down quite dramatically, but this episode felt different from everything else we've seen this season. For the first time since season one, it felt like the drama was being handled with care, and with Zendaya having room to shine, the show really soars.

Throughout the episode, we watch Rue switch between moments of remorse to acts of spite as she suffers through the symptoms of withdrawal. It's incredible how easily she has me biting my knuckles in one second and crying the next. In a particularly heart-wrenching scene, we flash back to the day of her father's funeral, where she chokes through a speech about keeping his memory alive (all the while wearing the zip-up jacket that belonged to him).

As a character, Rue shows viewers the horrors of addiction, but Zendaya's nuanced performance allows her to remain sympathetic. In a recent statement shared to Instagram, the actress said, “It's my hope for people watching that they still see her as a person worthy of their love. And worthy of their time, and that she has a redemptive quality still, and that we still see the good in her even if she can't see it in herself.”

And she certainly succeeds at that. There is a reason Zendaya became the youngest winner of the Primetime Emmy Award for Outstanding Lead Actress in a Drama Series. Her performance is one of the best on TV at the moment, and in a show that has been floundering, her treatment of very serious issues is helping to steer this ship back on course. Let's just hope they can keep this momentum going for the final three episodes.

If you or someone you know is struggling with substance abuse, please call the SAMHSA National Helpline at 1-800-662-4357 for free and confidential information.