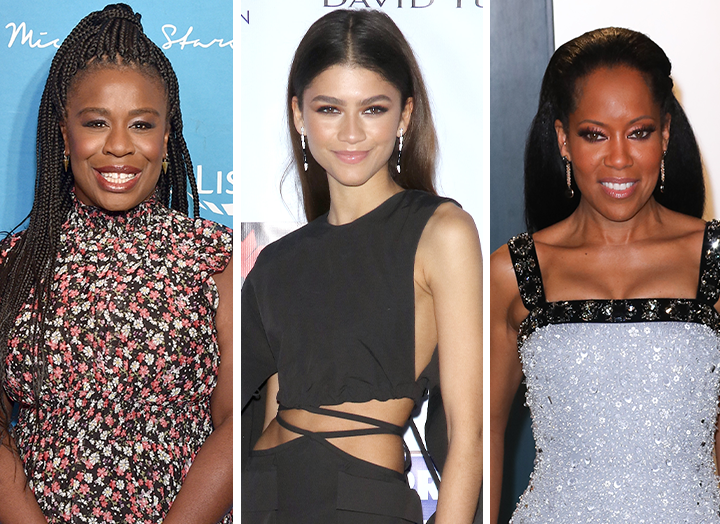 The Emmy Awards looked quite different this year—and no, we're not just referring to celebrities who donned pajamas and bath robes at the virtual event.

This year, the ceremony made strides in diversity and inclusion by awarding statuettes to a record number of Black performers, breaking the Emmys' previous record of six Black winners in 2018. Among the list of winners were Maya Rudolph, who won two Emmys for her work in Saturday Night Live and Big Mouth, Regina King, who won Outstanding Lead Actress in a Limited Series or Television Movie for Watchmen, and her co-star, Yahya Abdul-Mateen II, who landed his first Emmy victory for Outstanding Supporting Actor in a Limited Series or Movie.

The list also includes some history-making wins. Zendaya, who won Outstanding Lead Actress in a Drama Series for her role in Euphoria, is now officially the youngest actor to win the award. RuPaul, who snagged two additional Emmys for RuPaul's Drag Race, is now the most awarded TV host in Emmys history. And Ron and Jasmine Cephas Jones made history as the first father-daughter duo to win awards within the same year. While Ron took home a trophy for Outstanding Guest Actor in a Drama Series for This Is Us, his daughter won her first Emmy for Outstanding Actress in a Short Form Comedy or Drama Series for #FreeRayshawn.

The historic wins come after a record number of Black nominees were announced back in July. In response to the news, Emmy-winner Abdul-Mateen II told Entertainment Tonight, "This type of representation is a long time coming. There's no shortage of talent within the Black community."

Congratulations to these talented actors!