It was only last summer that we realized Kate Middleton and Queen Elizabeth have a shared love of photography, thanks to a slideshow that was posted to the royal family Instagram account. Following the release of Middleton's photography book, Hold Still, the royal family shared throwbacks which depicted Her Royal Majesty snapping photos throughout the years.

Now, it seems we've learned of another shared interest between the two. Apparently, the Duchess of Cambridge and Queen Elizabeth love the reality dancing competition show, Strictly Come Dancing, which follows a similar format to Dancing with the Stars in that celebrities are paired with professional dancers and viewers vote on their favorites following each week's performances.

While visiting the set of the BBC series ﻿Eastenders﻿, Camilla Parker Bowles chatted with previous ﻿Strictly Come Dancing ﻿winner, Rose Ayling-Ellis, and she revealed that the queen is a fan of the series. In a quote from The Daily Mail, Parker Bowles told Ayling-Ellis, “I said we were all voting for Rose, I don't know how you did all those dances.” And when the actress asked if the queen watched the series, the Duchess of Cornwall said, “I think she does. She probably watched you.” 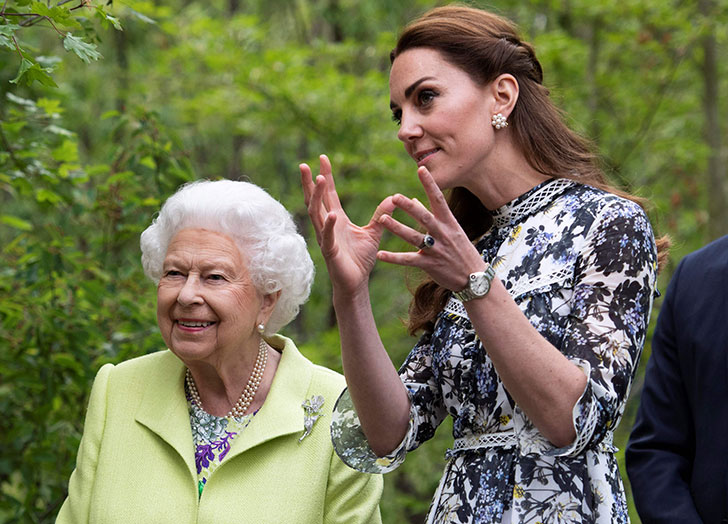 Ayling-Ellis then commented on how much of an honor it was to hear that the royal family watched her perform. “It is amazing, so lovely,” she said. “I mean come on, its the royal family voting for me! Sometimes you forget how many people watch the show, I am mind-blown.”

As Romper then pointed out, the queen isn't the only one who enjoys the series. Kate Middleton has been designated as a huge fan of the show by her husband, Prince William. In a report from Express back in 2019, the Duke of Cambridge discussed his wife's love of Strictly.﻿ “I have watched the show a couple of times,” he said. “Catherine is a huge fan and my mother-in-law loves it.”

We think these royals should host a Strictly Come Dancing watch party at Buckingham Palace (and send us an invite, of course).

Get every breaking royals story by subscribing here.