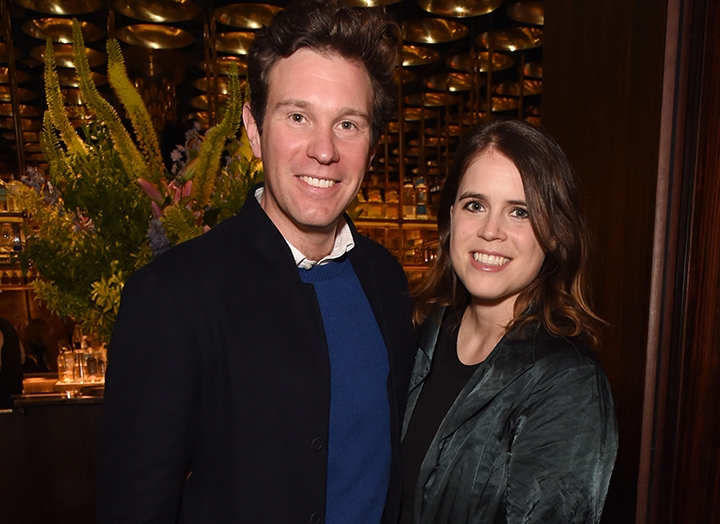 Princess Eugenie and Jack Brooksbank are postponing their son’s christening, due to a guest’s run-in with COVID-19.

According to People, the couple had planned a ceremony for their first child, August Philip Hawke, this upcoming Saturday. However, once the couple learned that one of their anticipated attendees is in self-isolation after being exposed, they decided to postpone the event.

The baptism was supposed to take place at the All Saint's Chapel in Windsor Great Park, followed by an afterparty at Royal Lodge. The guest list was limited to ﻿30 attendees (due to social distancing guidelines), including Queen Elizabeth, Sarah Ferguson, Princess Beatrice and her husband Edoardo Mapelli Mozzi.

Per The Sun, who first reported the news, we don't know who the guest is or whether or not they tested positive for the virus (versus being exposed). Once the news broke, Eugenie and her hubby decided to call off the event.

The couple welcomed their first child together on February 9 at London’s Portland Hospital. Almost a week later, Princess Eugenie finally revealed the name of her newborn son and shared a slideshow on Instagram featuring herself, her husband and her baby.

The caption to the post read, “We wanted to introduce you to August Philip Hawke Brooksbank,” followed by three blue heart emojis. “Thank you for so many wonderful messages. Our hearts are full of love for this little human, words can't express. We are excited to be able to share these photos with you.⁣”

No word on when the christening will actually take place, however, we’re just happy that the whole fam will get to attend.