Fellow royal fans: It’s time to take a much-needed trip down memory lane. Today, we’re going back and looking at a few throwback pics featuring the late Princess Diana enjoying a day on the beach with her two sons, Prince William and Prince Harry.

On April 11, 1990, the Princess of Wales and her sons were vacationing on Necker Island in the Caribbean. The British royals were photographed having a beach day and soaking up the sun. As you can see below, ﻿the late Princess Di is sitting in the sand with a young Prince Harry in her lap and rocking a leopard-print bathing suit and sarong with black sunglasses.

All the while, Harry is trying to shield himself from the blazing sun. A 7-year-old Prince William appears to be all ﻿squinty smiles ﻿while playing in the sand, with his hands and feet buried deep inside. In addition, a red toy shovel lays beside him. 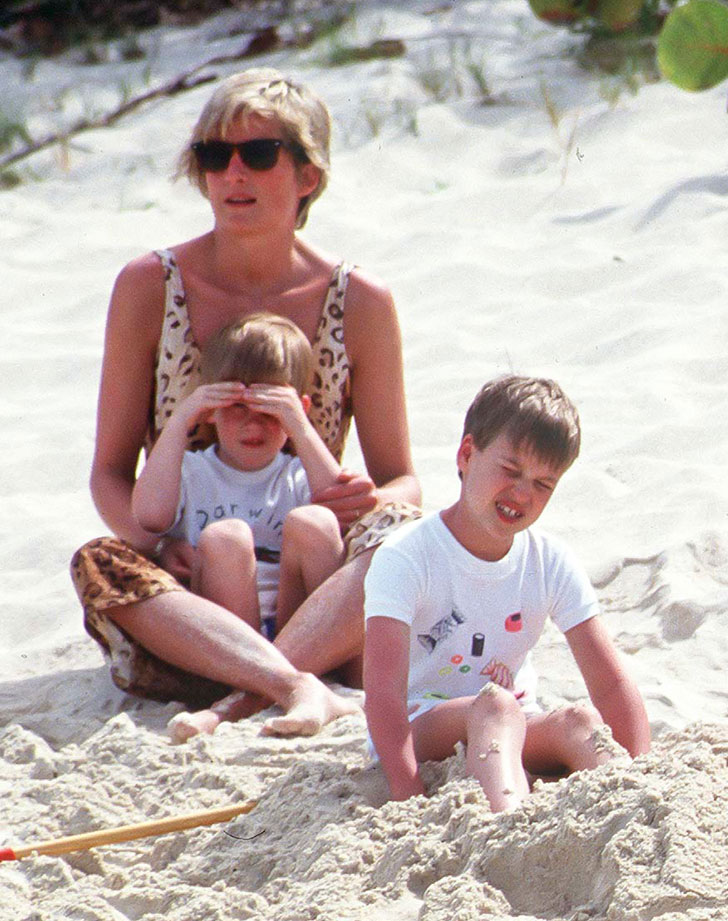 The three royals also embarked on a nice stroll along the beach. The mother of two can be seen walking beside her two sons, with Harry carrying a shovel and bucket with William holding what appear to be navy blue flippers. 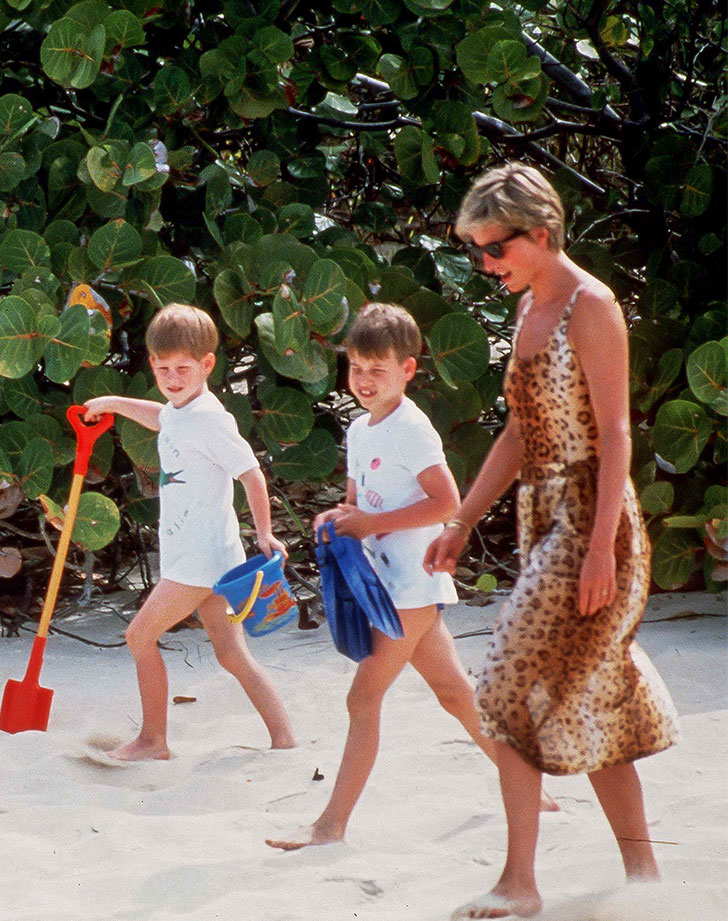 That same day, the trio was joined by Harry and William’s younger cousins. All three of them proceeded to cover Diana in the sand, with a devious William leading the escapade. 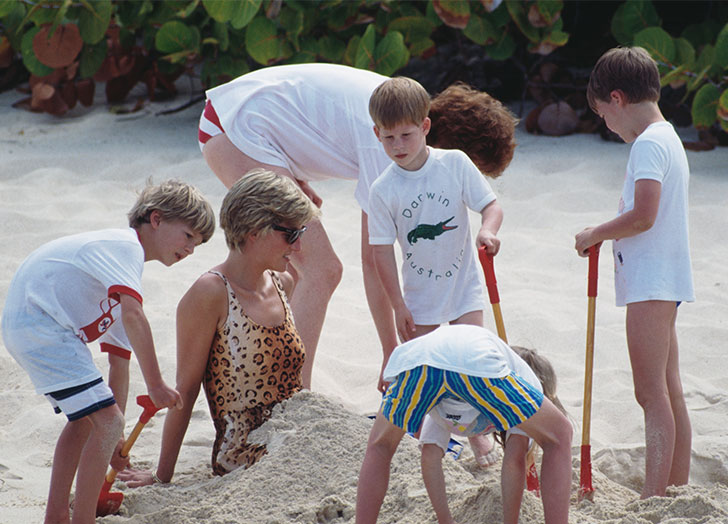