How Did Princess Diana Spend Her Last Birthday? Doing What She Did Best

It’s been 24 years since Princess Diana was tragically killed in a motor vehicle accident. In honor of the late royal (who should have turned 60 today), we’re taking a walk down memory lane and examining how she spent her final birthday.

Princess Diana rang in her 36th birthday on July 1, 1997, when she attended a gala celebrating the Tate Gallery’s Centenary in London. Unlike the other attendees, who walked directly into the event, the People’s Princess greeted the crowds of well-wishers, who bombarded her with cards, flowers, balloons and other presents. 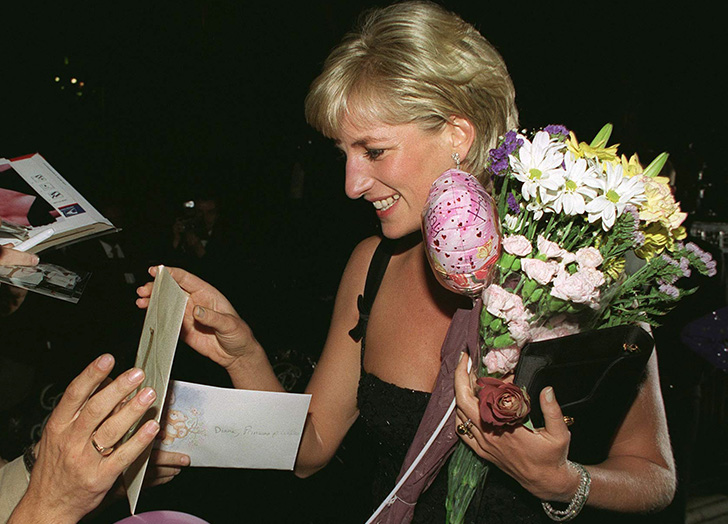 During the event, Princess Diana wore a stunning black beaded gown, which was actually a birthday gift from designer slash friend Jacques Azagury. She accessorized the dress with a choker necklace and matching earrings.

Princess Diana’s friendly arrival shouldn’t come as a huge surprise to royal aficionados, since her nickname (the “People’s Princess”) was coined as a result of her widespread generosity.

The late royal’s younger brother, Charles Spencer, previously discussed his sister in an interview with People magazine, saying, “Diana had a genius for people. She could make any person, whether they were the grandest or the most humble, feel totally at ease in her company.”

Last year, Spencer celebrated what would have been Princess Diana’s 59th birthday. The proud brother shared a special photo on Instagram that was taken outside Althorp House, which is where Diana was laid to rest. He captioned the post, “Clouds above @althorphouse this evening.”

This year, the royal family honored her by unveiling the long-awaited Princess Diana statue in the Sunken Garden at Kensington Palace.

Greeting fans on her own birthday? We’d expect nothing less from Princess Diana.