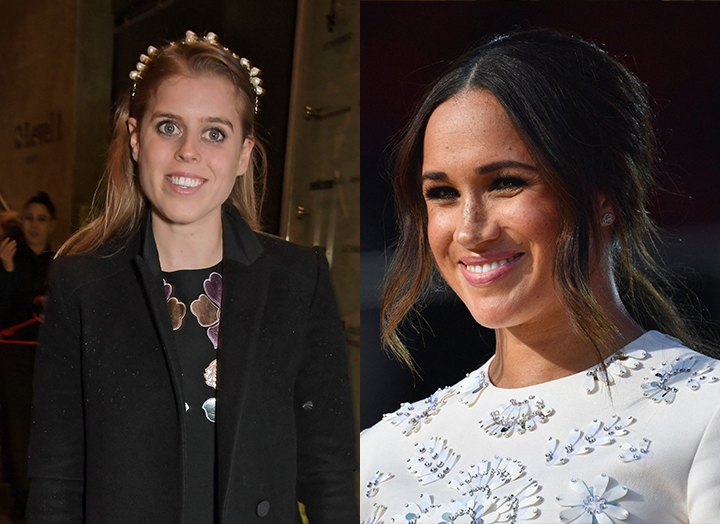 Meghan Markle and Princess Beatrice have a ton in common. Not only are they members of the royal family but they also both gave birth to baby girls within the last four months. And as it turns out, their daughters also share a special tie: Their names are both tributes to Queen Elizabeth II. Allow us to explain.

The Duchess of Sussex gave birth to her and Prince Harry’s second child, Lilibet “Lili” Diana Mountbatten-Windsor, on June 4. While the name is beautiful in itself, it also has a whole lot of meaning.

Lilibet comes from Prince Harry's grandmother, the queen, whose childhood nickname was “Lilibet.” The name arose because the queen couldn't pronounce her own name when she was a toddler, so her grandfather, King George V, imitated her own attempts to say “Elizabeth” and it stuck. So much in fact that the late Prince Philip, also affectionately used the moniker as a pet name for his wife throughout their marriage.

Baby Lili’s new cousin, Sienna, was also named after Her Majesty. The Princess of York and her husband, Edoardo Mapelli Mozzi, welcomed their first child together last month and waited two weeks before officially announcing the newborn’s name.

Luckily, Buckingham Palace finally revealed the moniker on social media last week, writing, “Her Royal Highness Princess Beatrice and Mr. Edoardo Mapelli Mozzi have named their daughter Sienna Elizabeth Mapelli Mozzi. The couple have said, 'We are all doing well and Wolfie is the best big brother to Sienna.’” Yup, the baby’s middle name is a special tribute to Queen Elizabeth as well.

While we’re on the topic, we should also probably note that baby Sienna has the same middle name as one of her other cousins, Princess Charlotte, whose full name is Charlotte Elizabeth Diana Mountbatten-Windsor. (And did you notice Charlotte and baby Lili also share the middle name Diana in honor of the late Princess of Wales?)

Yeah, there are a lot of connections in this royal fam, but we're keeping up the best we can. ﻿

BREAKING DOWN THE MEANING BEHIND ROYAL BABY NAME'ARCHIE HARRISON MOUNTBATTEN-WINDSOR'