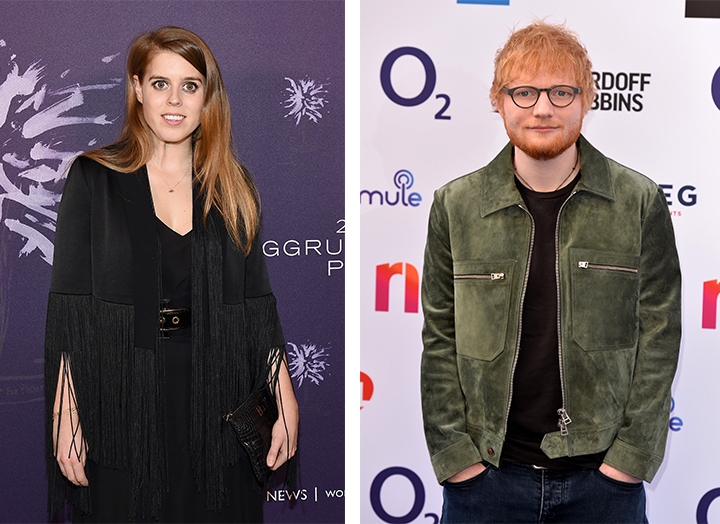 If you’re confused by the title of this article, you’re not alone. When we first learned about this bizarre situation we had a ton of questions. So, allow us to clear some things up for you.

There’s been a longstanding rumor about an alleged accident that took place between Princess Beatrice, Ed Sheeran and a decorative sword back in 2016. At the time, The Sun reported that the Princess of York accidentally cut the singer with a sword while she was pretending to knight James Blunt at a party at the Royal Lodge in Windsor. Unfortunately, while she was raising the sword, she didn’t realize that Sheeran was standing close behind her. The result? A gash located a few inches below the “Shape of You” singer’s right eye.

However, after four years of silence, Sheeran's manager, Stuart Camp, finally shed light on the situation during a recent appearance on the podcast Straight Up. And by the sound of things, it seems the story is actually true (although Sheeran’s team “never publicly commented on” it until now).

Podcast hosts Eleanor Hall and Kathleen Johnston asked the music manager, “Were you there when Princess Beatrice sliced off a bit of his cheek?” to which he replied that while he wasn’t there, he did receive a phone call. “[I've] forgotten about that," he stated, later adding, "No, and we've not seen or heard hide nor hair from her since."

"Certain people said, 'Oh, you should lie and say it wasn't her and say it was someone else,'" Camp stated. “I said, 'well, we're not telling anyone anything” The gist of the whole conversation? It was an accident that took place after a few drinks with friends in a royal palace.