Prince William is getting the hang of this whole social media thing.

Yesterday, the Duke of Cambridge, 40, shared a rare personal message on the Instagram account he shares with his wife, Kate Middleton. The post doubled as a special tribute to football (soccer, to us Americans) player Jill Scott, who recently announced her retirement after playing as a midfielder on England’s Lionesses team. 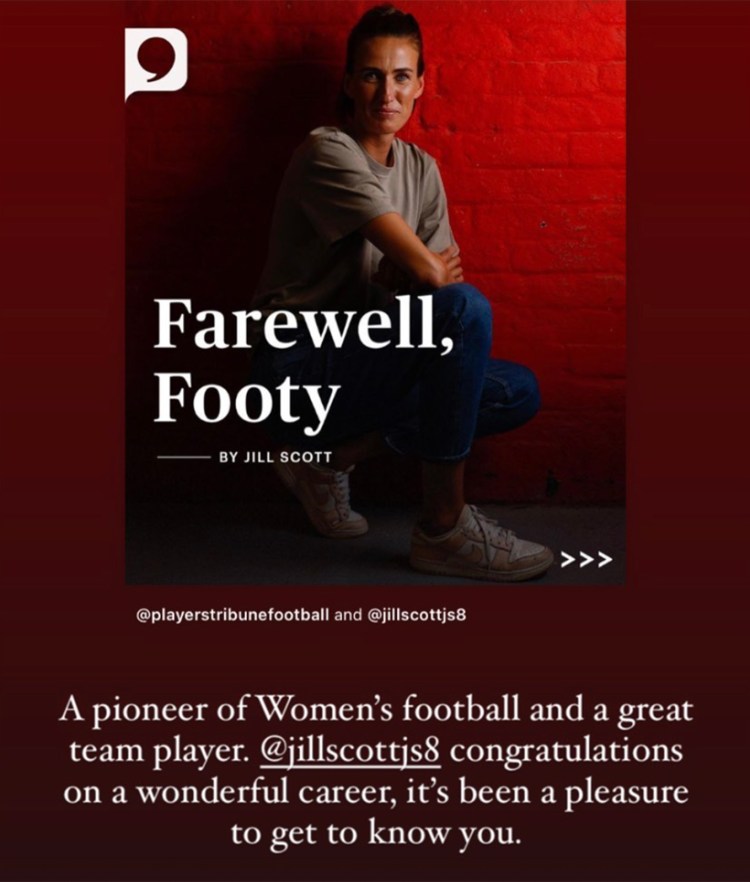 “A pioneer of Women’s football and a great team player,” Prince William wrote. “@jillscottjs8 congratulations on a wonderful career, it’s been a pleasure to get to know you.”

The royal also added some humor and revealed that Scott didn’t go easy on him when he joined the team for training practices. He continued, “Tiny bit pleased there won’t be any more slide tackles during ‘friendly’ kickabouts…”

Prince William concluded the message with his personal sign-off: “W.”

Scott announced her retirement this week and confirmed that she’s hanging up her cleats after a successful 17-year career. The news came just a few days after the Lionesses won the Euro 2022 championship, which Prince William attended at Wembley Stadium. After the game, the royal celebrated with the athletes on the field and posted a slideshow of photos on Instagram.

The caption read, “Sensational. An incredible win @lionesses and the whole nation couldn’t be prouder of you all. Wonderful to see history in the making tonight at Wembley, congratulations!”

What a special tribute.