If you’re a football (aka soccer in the U.S.) fan, odds are you know the Women’s Euro 2022 final is just days away. And if you ask us, it appears that there will likely be two special guests in attendance: Prince William and Kate Middleton. 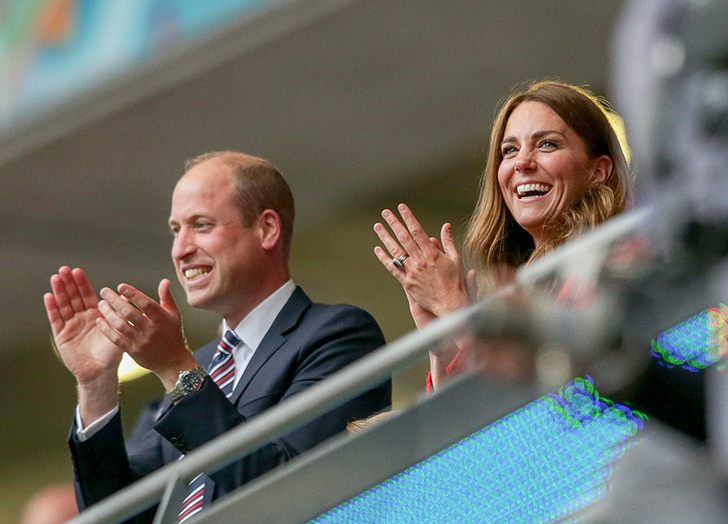 The Lionesses, England’s national women’s football team, will be facing off against Germany in the finals on Sunday at noon. Given that Prince William has been posting about the team so much on social media, we can’t imagine he’d miss the big game at Wembley, although Buckingham Palace hasn’t yet confirmed that he and the duchess will be attending.

Rumor has it they may even bring Prince George and Princess Charlotte along with them, since they’re both lovers of the sport as well. When the duke visited with the Lionesses in June, they gifted him three football shirts with his children’s names on the back. When he saw Charlotte’s, he mentioned that she’s a “budding star for the future,” saying she wanted him to tell the team that she’s a good goalie.

It’s no secret that the kids get their love of football from Prince William himself. Not only is he a massive fan, but he’s also President of England’s Football Association. Early this month, he retweeted a video posted by the official Lionesses account. “Good luck to the @Lionesses as the Women’s Euro 2022 kicks off today,” he wrote. “You’re already doing the nation proud and we’ll be cheering you on throughout the tournament!”

Once they secured their spot in the finals earlier this week, Prince William took to Instagram to show his support. He posted a photo of the team after they made the winning goal, captioning the photo, “Congratulations @lionesses on making it to the #WEURO2022 final on Sunday. The entire country is so proud of everything you’re achieving. We believe in you and will be with you all the way!”

We’re keeping our eyes peeled for an official announcement. And fingers crossed that Charlotte gets to show off her skills for us very soon.

Prince William Shares Moving Message of Support for U.K. Soccer Player Who Came Out as Gay