Melissa Joan Hart Explains It All: What Clarissa, Ferg-Face and Sam Would Be Doing Today 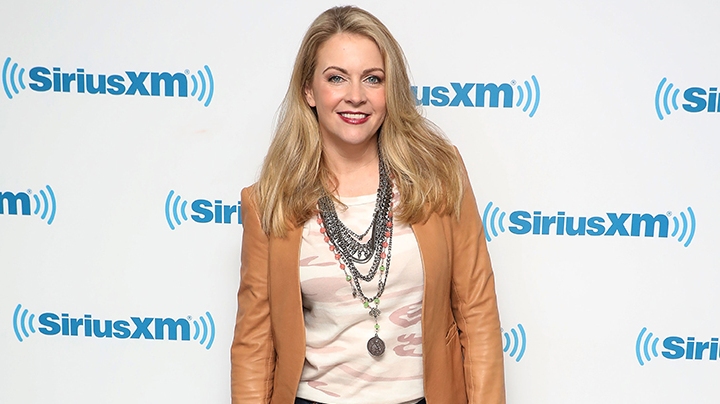 True story: The worst fight we ever got into with our mom as a surly teenager was when she dragged us to the grocery store and we missed the latest episode of Clarissa Explains It All (this was before DVR, people). We were that obsessed with the show.

The teen sitcom starring Melissa Joan Hart ran on Nickelodeon from 1991 to 1994 and was a formative part of our childhood. Whether she was talking to us about pimples, training bras, her annoying younger brother Ferguson or boys (Sam climbing a ladder into her room is still one of the most romantic gestures we’ve ever seen on television), Clarissa Darling just got us.

Which is why when we recently caught up with the actress to chat about her partnership with Kelley Blue Book and new Netflix show No Good Nick, we just had to ask—what does she think Clarissa and the gang would be up to now?

“It’s funny, the writer wrote a book about it called Things I Can’t Explain,” Hart tells us. “But, he and I have different opinions about where Clarissa would be, I think.” In the book, Clarissa is in her mid-twenties and dealing with unemployment, an ex-boyfriend turned stalker and her parents’ divorce. Yikes.

So, where does Hart think that Clarissa ended up? “I think she’d be loving her life in New York City, being a journalist and she’d probably have some kids. I think she’d be closer to her brother than we’d imagine.” And as for Sam? “Maybe Sam’s gay, we have no idea.”

Well, there you have it.