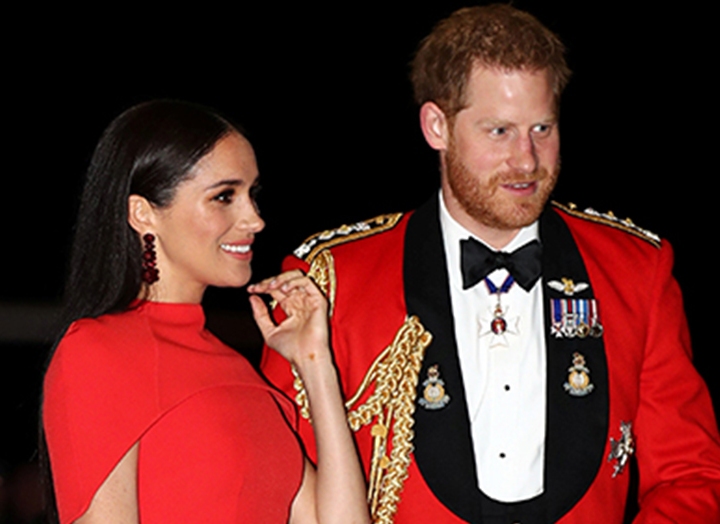 When it came to Prince Harry losing his honorary military titles, Meghan Markle was apparently just as upset as her husband was. And understandably so.

Back in March, when the Duke and Duchess of Sussex decided to step down as senior members of the royal family, part of the agreement was that the 35-year-old was to be stripped of all of his official military titles. Something, according to a new book on the couple, Markle deemed “unnecessary.”

Called Finding Freedom: Harry and Meghan and the Making of a Modern Royal Family, the biography features never-before-heard stories about the royal couple, including how they really felt about Harry being forced to give up his titles.

“The most demoralizing aspect of the new deal was his being stripped of his honorary military appointments that had been awarded to him as a senior royal," according to the book’s authors Omid Scobie and Carolyn Durand, per Marie Claire. “As a retired serviceman, Harry would always be able to wear his medals, but no longer could he wear uniform as Captain General of the Royal Marines, Honorary Air Force Commandant of the Royal Air Force Base Honington, and honorary Commodore-in-Chief of the Royal Navy’s Small Ships and Diving Operations.”

A source close to the couple told the authors, “That’s been a tough pill to swallow, and the one that has been most painful to Meghan witness him go through. It’s the one that made Harry emotional.”

It’s important to note that neither the duke nor the duchess had anything to do with the tell-all book. A spokesperson released a statement on behalf of the couple which read, “The Duke and Duchess of Sussex were not interviewed and did not contribute to Finding Freedom. This book is based on the authors’ own experiences as members of the royal press corps and their own independent reporting.”

Lucky for Harry, he has Markle to lean on.